The blood sample analysis report, which was handed over to police on Monday, indicated that there were negligible traces of alcohol in his blood.

Thiruvananthapuram: Kerala IAS officer Sriram Venkitaraman, arrested after the car driven by him fatally knocked down a journalist, was on Monday suspended from the post of Survey Department director even as the alcohol test gave him a clean chit.

The blood sample analysis report, which was handed over to police on Monday, indicated that there were negligible traces of alcohol in his blood. However, officials said that this could also be because the late conduct of the test, which may have reduced the alcohol content in the blood. 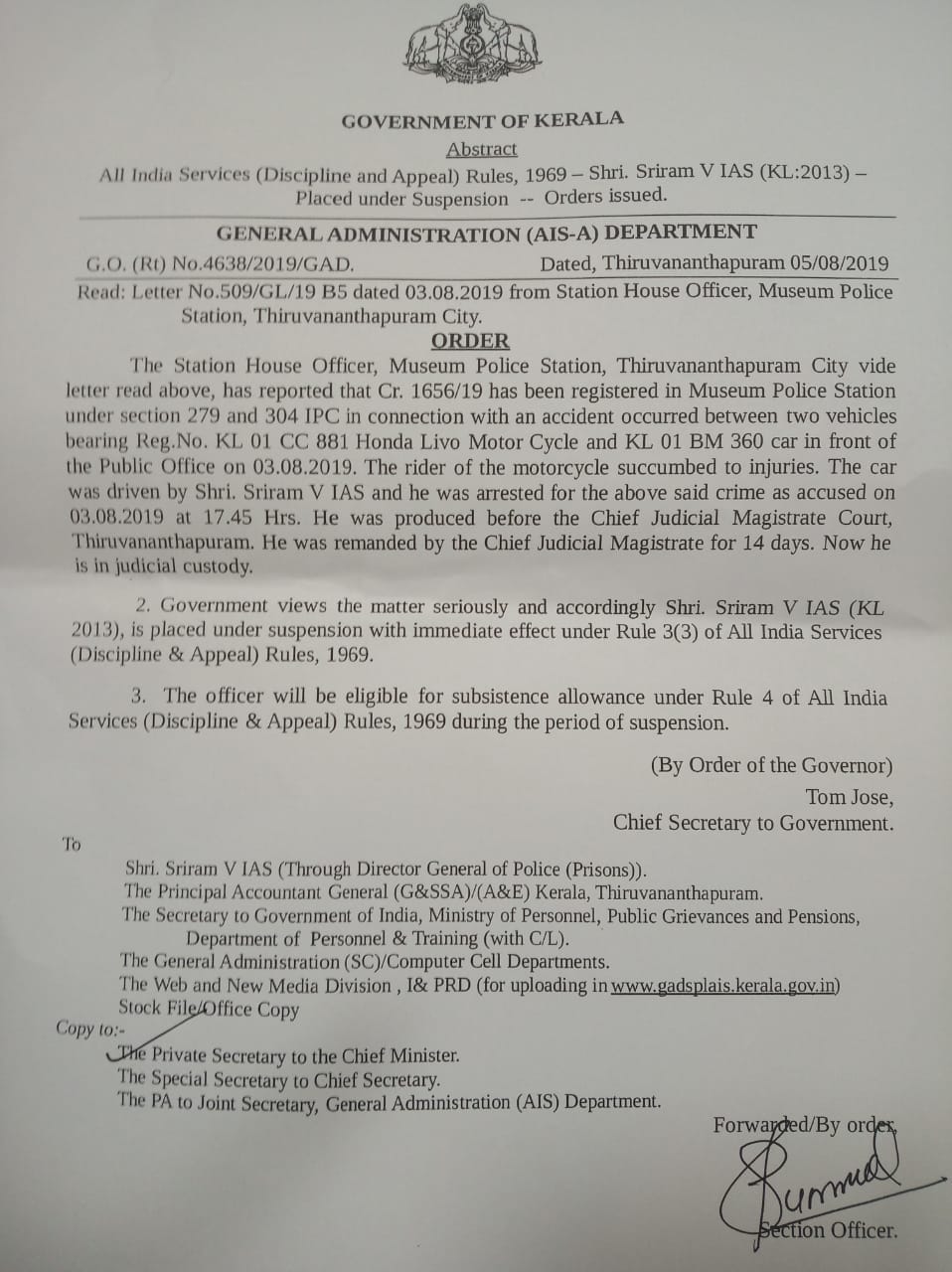 Venkitaraman had allegedly driven the car in an intoxicated state and knocked down K Mohammed Basheer (35), Thiruvananthapuram Bureau Chief of Malayalam daily "Siraj" while he was riding a motorcycle in the early hours of Saturday.

The officer, also a Medical doctor and Fullbright Fellow, was injured in the incident, following which he was admitted at a private health-care facility. However, on Sunday, he was shifted to the "remand cell" in the Government Medical College Hospital.

Amid tight security and high drama, Venkitaraman was brought out in a stretcher with a face mask and shifted to the medical college hospital after being produced before a magistrate. The 33-year-old officer was seen lying motionless on the stretcher with his spectacles on.

The IAS officer was shifted to the government hospital after charges that "five star treatment" was being given to him in the private hospital, despite being remanded to judicial custody.