A health worker waits for a swab in Guwahati. (AP)

The surge in figures comes on a day when metro services restarted in several cities such as Delhi and Bengaluru.

India on Monday pipped Brazil to take the second spot on the list of nations worst-hit by the coronavirus pandemic as it recorded over 90,000 Covid-19 cases for the second day, taking the total tally to over 42 lakh. India saw a record 90,802 people being infected in a day, while 32,50,429 people have recuperated so far, pushing the national recovery rate to 77.30 per cent on Monday, according to the Union health ministry data. The total number of coronavirus cases mounted to 42,04,613, while the death toll climbed to 71,642 with 1,016 fatalities being reported in a span of 24 hours, the data updated at 8 am showed.

The Covid-19 case fatality rate has further declined to 1.70 per cent. There are 8, 82,542 active cases of the infection in the country which comprises 20.99 per cent of the total caseload, the data stated.

The surge in figures comes on a day when metro services restarted in several cities such as Delhi and Bengaluru. Measures such as social distancing, wearing masks and provision of sanitisers have been ensured to prevent the spread of the pandemic, which several experts feel is in the second wave in several parts of the country. 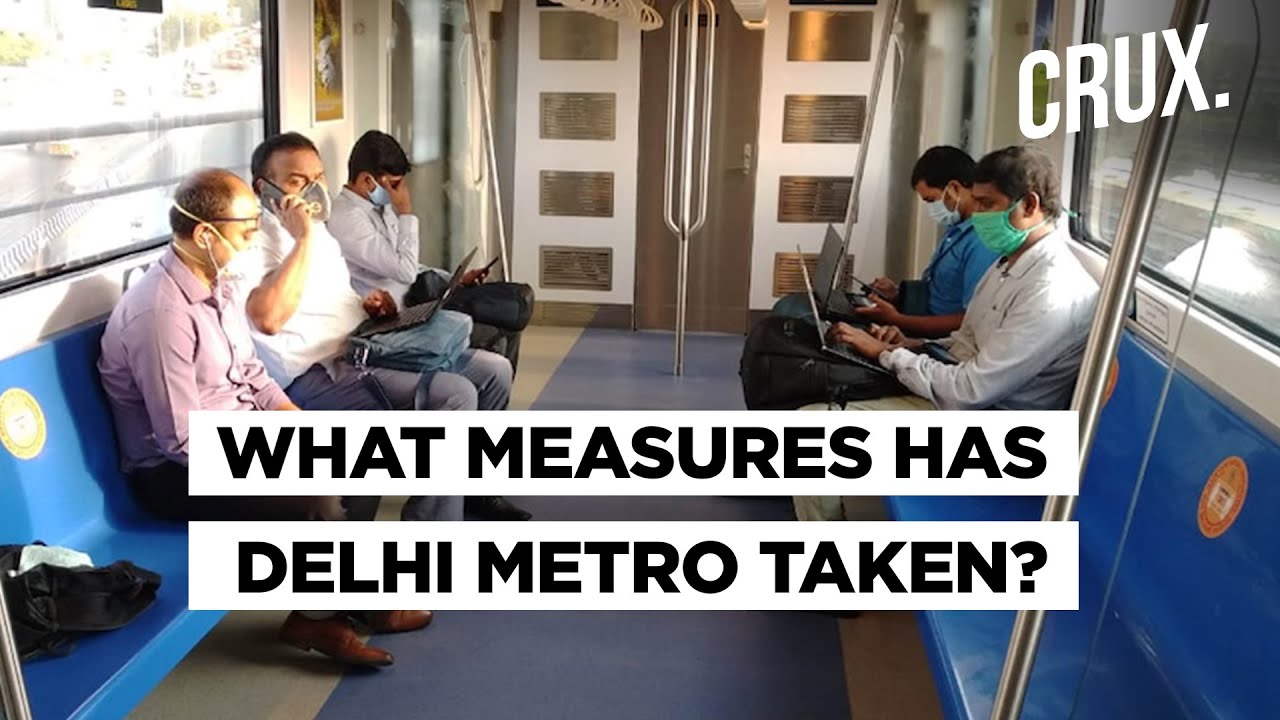 On Monday and Tuesday, only the yellow line of the Delhi Metro, covering 49 kilometre with 37 stations consisting of 20 underground and 17 elevated stations, will remain operational for a period of four hours each in the morning from 7 am to 11 am and evening from 4 pm to 8 pm. The government has allowed for the metro rail service to resume in a bid to restart the economy, while also keeping in mind the huge loss incurred by the corporation in the last few months. People have been advised to avoid unnecessary travel as far as possible and advised to stagger travel timings for office, home, other works to the extent possible so that the carrying capacity offered with new norms can be reasonably utilized by creating a travel pattern in which people are not rushing to the station in morning or peak hours only.

DMRC said that apart from regular frontline staff at the stations, it has made additional deployment of around 1,000 officials and staff across the line to assist and guide passengers in the wake of new norms of travel which may take some time to settle in. Tokens will not be available at the stations for the time being as they need frequent human interface for travel transactions and pose a risk of coronavirus infection so a "smart card is a must for travel". Since Delhi Metro operates in Delhi-NCR, it will not be providing services to such stations which fall under the containment zones for any given day in any of the states. State governments of Delhi, Haryana and Uttar Pradesh notify such zones on a regular basis on their websites.

AIIMS Director Dr Randeep Guleria has said that some parts of India are witnessing a second wave of Covid-19 cases. He added that people are now tired of taking safety measures, and in Delhi, they can be seen without masks, and gathering in crowds, leading to spike in the number of cases.