64 Lakh Indians Were Exposed to Coronavirus Infection by Early May, ICMR’s Sero-Survey Shows

Just five days ago, India’s officially reported Coronavirus case count had crossed the four million mark, making it the country with the second-highest number of infections in the world.

By early May, when India had not even begun the process of lifting its national lockdown, an estimated 6.4 million people were likely to have been exposed to Coronavirus, the much delayed results of the national sero-survey by Indian Council of Medical Research (ICMR) have revealed.

Just five days ago, India’s officially reported Coronavirus case count had crossed the four million mark, making it the country with the second-highest number of infections in the world.

The survey results, published, in the Indian Journal of Medical Research, are of the period May 11 to June 4 and indicated that the seroprevalence in that period was about 0.73 per cent of adults. Based on the overall adjusted seroprevalence of 0.73 per cent and reported number of Covid-19 cases at that time, it was estimated that for every case that was confirmed with RT-PCR (Reverse Transcription Reverse Polymerase Chain Reaction) test, there were 82-130 infections in India that were missed or not detected. 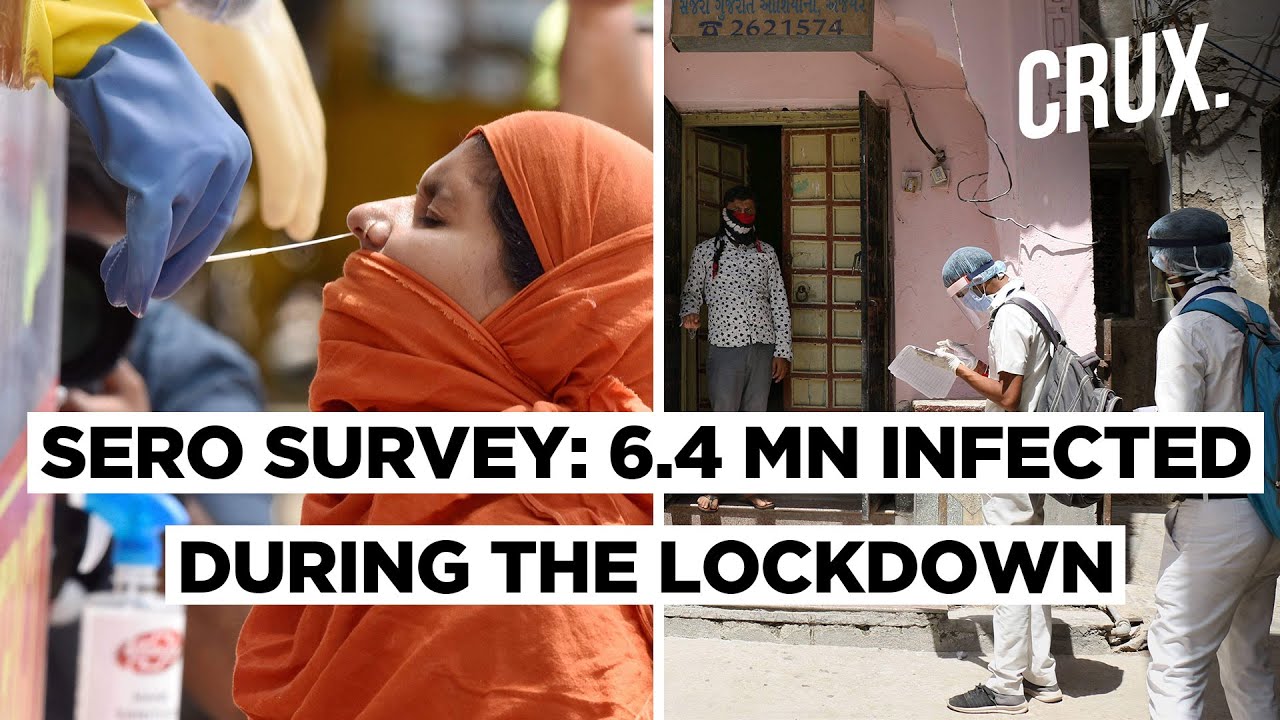 “The findings of our survey indicated that the overall seroprevalence in India was low, with less than one per cent of the adult population exposed to SARS-CoV-2 by mid May 2020. The low prevalence observed in most districts indicates that India is in early phase of the epidemic and the majority of the Indian population is still susceptible to SARS-CoV-2 infection,” the ICMR paper said.

As part of a sero-survey, blood serum is collected to test for IgG (Immunoglobulin G) antibodies. The presence of these antibodies indicates that a person was exposed to the viral infection at least two weeks before that.

The nearly month-long first round of sampling for the national survey was done in 700 villages/wards, selected from 70 districts of the 21 states and after visiting 30,283 households, a total of 28,000 individuals consented to participate, ICMR’s paper said.

Of the 28,000 people who were tested using the home-made COVID Kavach ELISA, 256 were classified as positive and results for 69 were unclear. Following a retest using Euroimmun ELISA, 157 of the 290 tested positive. “The pooled adjusted prevalence of SARS-CoV-2 infection was 0.73 per cent at the national level,” the ICMR paper said.

Based on the confirmed Covid-19 cases seen till April 25, ICMR had divided the surveyed districts and clusters into four categories – zero cases, low, medium and high. The clusters which had high cases largely belonged to the urban areas. The data break-up on the prevalence of IgG antibodies against Coronavirus infection showed that out of the 157 persons that were eventually confirmed positives during the sero-survey, 70 came from districts that had zero to low cases (28 from zero case districts and 42 from low case districts).

The risk of infection was higher among males, and especially since they were also found to be ones who had higher risk of exposure due to their occupations. Talking about the detection of seropositives in districts that had no cases, the ICMR paper said that there could have been under-detection of cases in such districts as they had poor testing facilities in that period which translated to low testing. None of these districts had a testing laboratory at the time of the survey.

The paper also dwelt on the infection to case ratio and infection fatality ratio (IFR). IFR is estimated by looking at the proportion of deaths among all infected cases rather than only those cases which have been identified, which is done to calculate the case fatality ratio. The ICMR paper said that the high infection to case ratio in India, could be on account of prioritization of testing among symptomatic persons or the variability in testing rates across states.

On IFR, it said that accurate reporting of deaths and number of estimated infections of was key to calculate IFR. The IFR (per 10,000 infections) ranged from 0.18 in zero case districts to 15.04 in districts with high number of cases. “Considering that the death reporting in India is incomplete, and differences in access to testing facilities across districts necessary for declaring the COVID-19 confirmed deaths, the present IFR is likely an underestimate,” the ICMR paper said.