India reported its first death on March 12 which means that it took 96 days to cross 10,000 deaths – the slowest (in terms of the number of days) amongst the eight countries.

India became the eighth nation in the world to cross 10,000 Covid-19 deaths as it recorded 2,006 deaths on June 16, mostly due to Maharashtra and Delhi updating their fatalities.

India reported its first death on March 12 which means that it took 96 days to cross 10,000 deaths – the slowest (in terms of the number of days) amongst the eight countries. 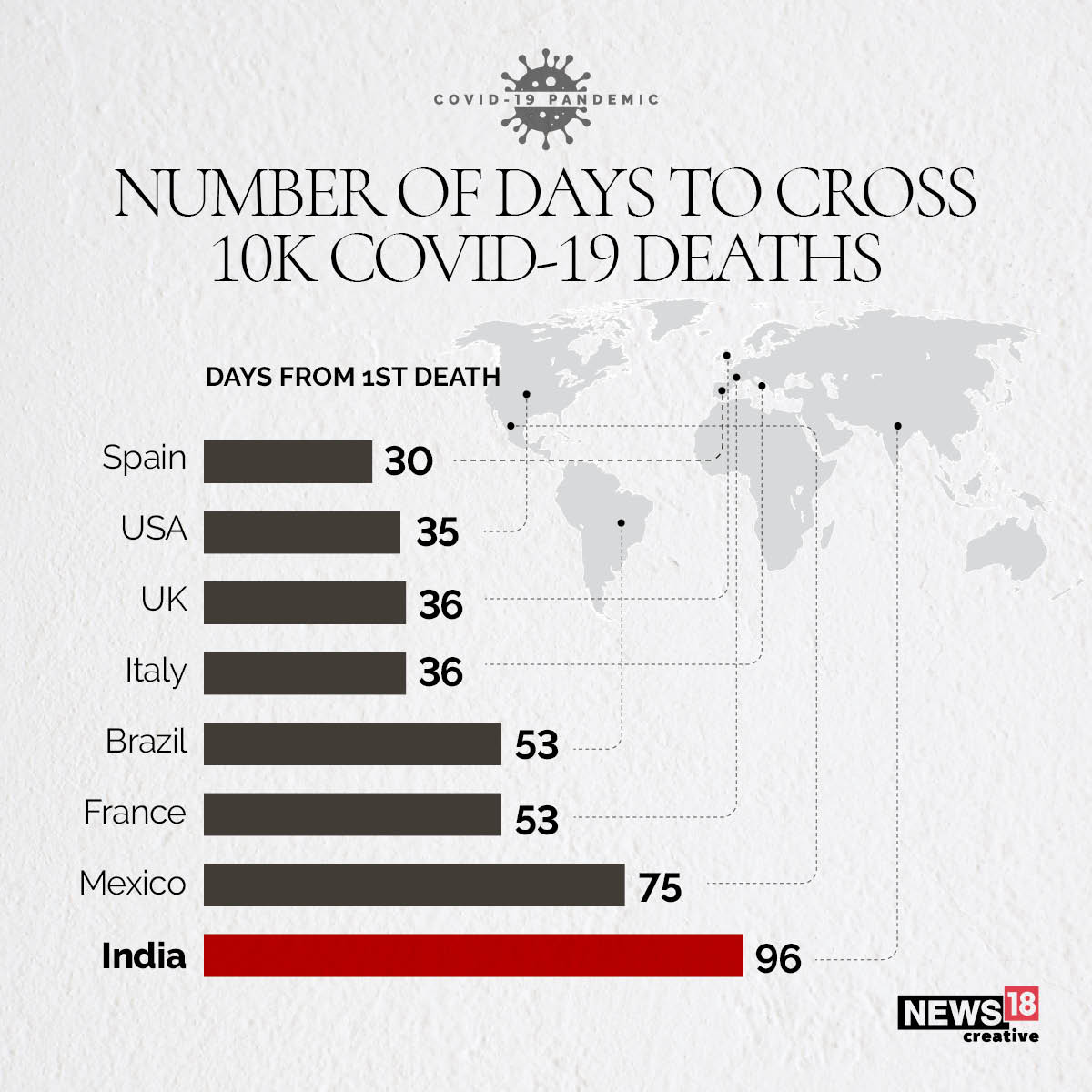 The United States reported its first death on February 29 and breached the 10,000-mark on April 4 – taking just 35 days to arrive at the figure. Spain was the fastest to register 10,000 deaths, reaching there in just 30 days.

The fact that India took three times the number of days than Spain and more than two-and-a-half times the corresponding number from USA, UK and Italy, shows that the stringent and early lockdown in India was effective in containing the number of deaths and gave the administration time to prepare for adequate health facilities for when the number of critical patients increased later. In terms of the corresponding number of cumulative cases on the day 10,000 deaths were crossed, no other country has recorded a higher number than India. Just for perspective, UK breached the 10,000 deaths figure with only approximately one-fifth the number of cases!

India reported a sudden rise of more than 2,000 deaths on June 16 with two of its states adjusting their death numbers – this meant that India’s Mortality Rate as of June 16 went up to 3.37%.

The UK had conducted just 24 Tests per Death when the number of deceased crossed 10,000 in the country. Italy, France and Mexico – all have shockingly low numbers. This is mainly because these countries witnessed a sudden exponential rise in the number of cases and corresponding deaths and did not get enough time to ramp up their health infrastructure or conduct enough tests. 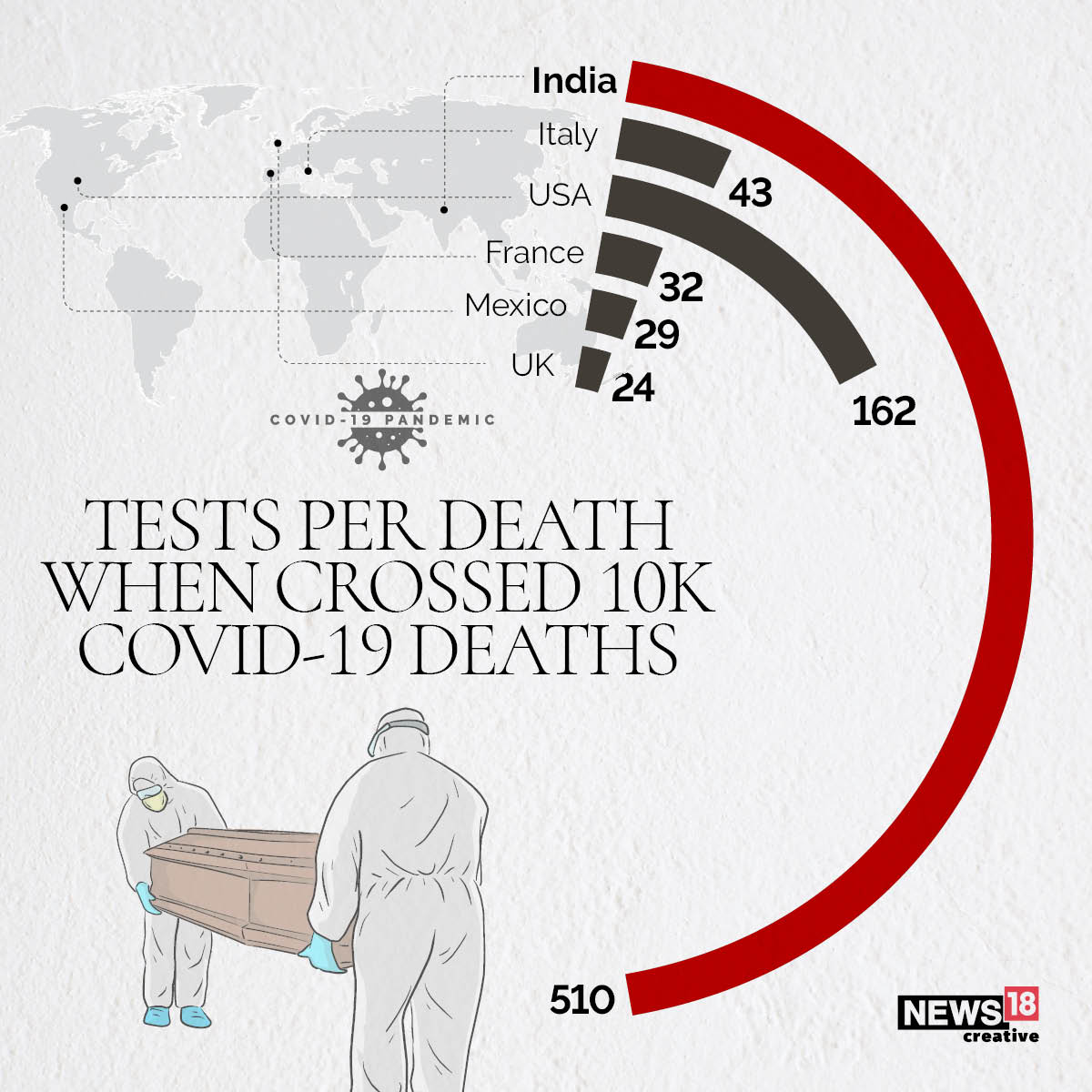 Thus, while India has done exceptionally well to contain the Covid-19 mortality numbers as compared to other nations, the recent rise in Mortality Rate is concerning. 6,757 of the total 11,921 (almost 57%) of the total Covid-19 deaths in India have been reported post Unlock 1.0 in the first 16 days of June. The Mortality Rate has risen from 2.84% on May 31 to 3.37% on June 16 – that is a significant rise.

Unlike, most other nations, India is yet to hits its peak and a further surge in cases will lead to a spike in the corresponding deaths too. India must ensure that its rate of growth of deaths does not exceed the rate of growth of cases and the Mortality Rate comes down.

At the end of the day, saving lives is the only thing that matters.