A doctor speaks with a woman at a coronavirus help desk at the Government Fever Hospital. (AP Photo/Mahesh Kumar A.)

A team of officials from the border guarding force visited the Radha Soami Beas facility and held discussions with the Delhi government and other stakeholders who will be partners in running the center.

A team of officials from the border guarding force visited the Radha Soami Beas facility and held discussions with the Delhi government and other stakeholders who will be partners in running the centre.

Union Home Minister Amit Shah had on Tuesday said the centre has been entrusted to the Indo-Tibetan Border Police (ITBP). 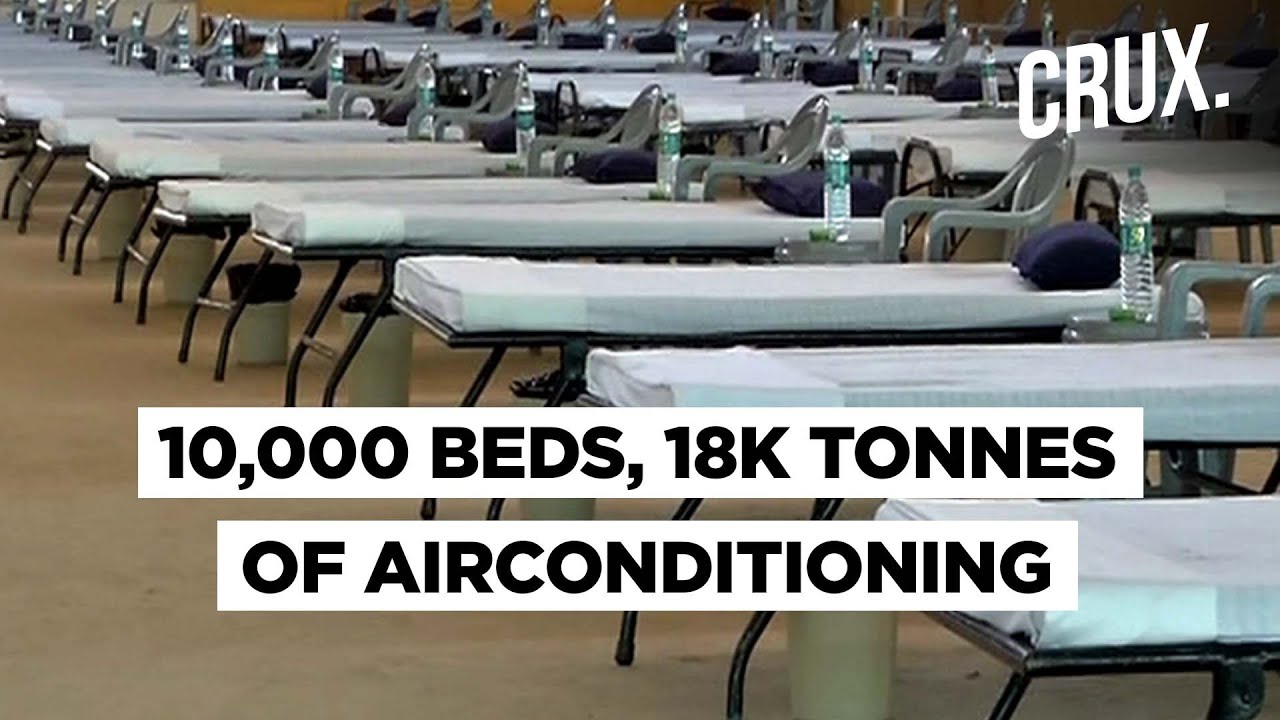 "The force took over the COVID-19 care centre at Radha Soami Beas in Chattarpur, New Delhi on Wednesday. "The home ministry had nominated ITBP as the nodal agency to provide doctors and team of other professionals to this centre as requested by the Delhi government," an ITBP officer said.

It is expected that a 2,000 bed facility will be operational at the centre from June 26, another officer said. The total bed capacity may go upto 10,200. This will be the largest COVID-19 care centre in the national capital as well as the country, he said.

More than 1,000 doctors of the ITBP and other Central Armed Police Forces (CAPFs) and 2,000 paramedics and security staff are expected to be deployed at this facility, the officer said. The south Delhi district administration will provide administrative support to the centre, he said.

The ITBP was the first organisation in the country to have created a 1,000-bed quarantine centre for coronavirus affected people. The centre in Chhawla area of south-west Delhi has treated about 1,200 people, including 42 foreigners who were brought to India on special evacuation flights from Wuhan in China and Italy, after the COVID-19 outbreak a few months back.

The facility is still operational and is taking care of those ITBP troops who are joining back to work after the countrywide lockdown.

It also created the first standard operating procedures for the management of the pandemic among the various CAPFs and central and state police organisations.

The about 90,000 personnel strong force is primarily tasked to guard the 3,488 km long Line of Actual Control with China. A good number of its troops along with Army personnel are at present engaged in fortifying Indian defences with the People's Liberation Army of the neighbouring country in the Ladakh area.