'It Feels Like Our Ink Has Dried': Major Newspapers in Kashmir Carry Blank Editorials

A screenshot of the editorial page of Rising Kashmir

According to a Kashmir Editors Guild (KEG) member, almost 11 newspapers in the valley – Urdu and English alike – have left their editorial spaces blank.

Sheikh Saaliq
New Delhi: Major newspapers in Kashmir on Tuesday have left their editorial spaces blank in protest against the killing of Shujaat Bukahri, an eminent journalist and the Editor-in-Chief of Rising Kashmir. Bukhari was shot dead by unidentified gunmen on 14th of June outside his office in Press Enclave in Srinagar.

The decision to leave edit spaces blank was taken on Monday at a meeting of The Kashmir Editors Guild (KEG). 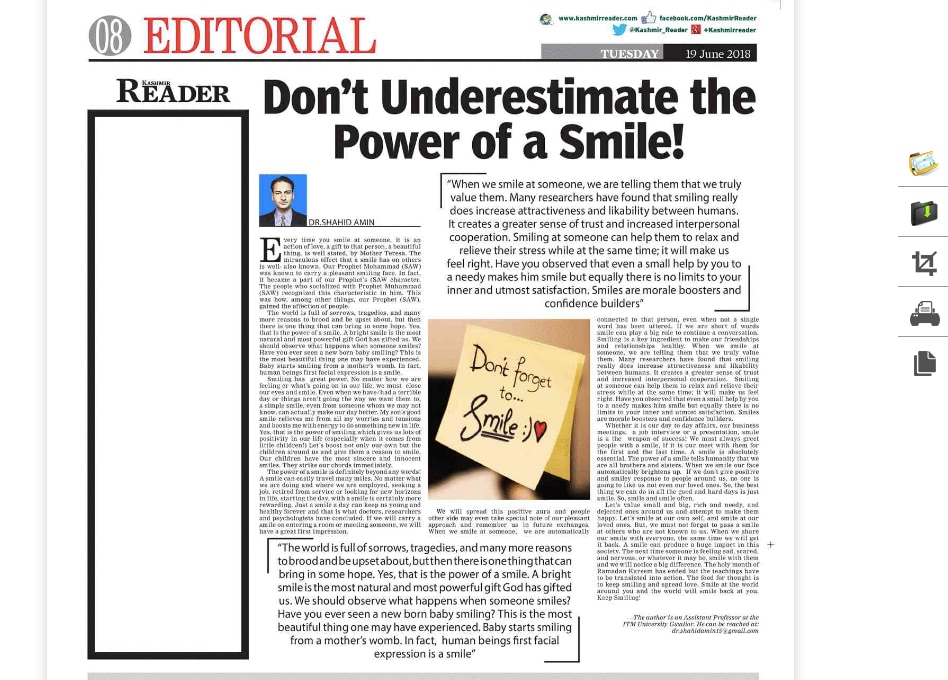 One of the senior members of the KEG, who also is an editor of a magazine, while wishing to remain anonymous confirmed it to News18 over phone.

“It was unanimous decision taken by all the members of the KEG and the message was conveyed to almost all the newspapers in the valley. The reason behind leaving the edit spaces blank is to convey a message to the government that attacks like these on the press can’t continue,” he said.

According to this KEG member, almost 11 newspapers in the valley – Urdu and English alike – have left their editorial spaces blank. “The hands which write these editorials have been snatched from us. It feels like our ink has dried. Hence was imperative we convey a message and register our protests. Shujaat’s killing is an attempt to censor, weaken and ultimately silence the role of the media in Kashmir,” he said.

Similar blank editorials were also printed by Bukhari’s Rising Kashmir, the newspaper he had founded as well.

Shoaib Hamid, who edits the edit page for Rising Kashmir said that newspaper’s plans to register their protests against Bukhari’s killing by publishing a blank editorial, is to make the killers of Bukhari know that a “free and responsible press can’t be silenced.”

“Shujaat Bukhari’s murder is an attack on most of us. We will continue protest. In fact we at Rising Kashmir are planning to write scathing editorials on the violence in Kashmir,” Hamid said.

He also said that other members of the society across all professions should also protests against Bukhari’s killing in their own way.

“The blank editorial in newspapers is also to send a message that we will not let the freedom of speech be crushed,” he said.

Hamid, however, also rued that Bukhari’s killing should not been looked as an attack on press but also an attack on any sane voice which wants peace in Kashmir.

“As responsible journalists we have to question, and protest against this brutal killing. That’s what we have done,” he said to News18 over phone.

Yesterday, journalists in Srinagar had organised a silent march to protest against the assassination of Shujaat Bukhari.

The march started from Press Enclave, locally known as Press Colony, where Bukhari was killed. It is also where most Kashmir-based newspapers have their offices.
Tags