Jallikattu is to Thank Nature, Not to Torment Bulls: PETA

Amid growing chorus for holding Jallikattu this year during Pongal, animal welfare body PETA on Thursday said the purpose of this festival is to thank the nature which cannot be achieved by tormenting bulls and causing injuries and deaths to people and bulls.

New Delhi: Amid growing chorus for holding Jallikattu this year during Pongal, animal welfare body PETA on Thursday said the purpose of this festival is to thank the nature which cannot be achieved by tormenting bulls and causing injuries and deaths to people and bulls.

PETA's remarks came on a day when the Supreme Court rejected a plea urging it to pass judgement on bull taming the sport Jallikattu before the harvest festival of Pongal on Saturday.

The court had reserved its verdict on a batch of petitions challenging Centre's notification allowing the sport.

The Tamil Nadu government has also asked the Centre to consider promulgating an ordinance for "removing the legal impediments" to enable the conduct of the sport.

"There is so much more to Pongal festival than taunting bulls, including praying, singing songs, garlanding and decorating bulls, eating sweets, providing God with offerings, and more. 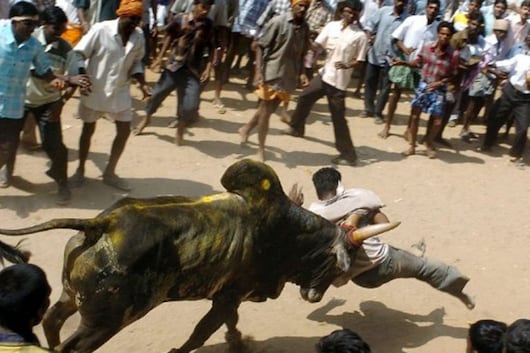 "The purpose of the festival is to thank the nature and celebrate life (something that can't be achieved by tormenting bulls and causing human and bull injuries and deaths)", Director of Veterinary Affairs of PETA Indian Manilal Valliyate said.

Among the types of cruelty banned under Indian law are dogfighting, cockfighting, bullfighting, bull racing, the use of certain species of animals in performances such as for circuses and film and more.

"Cruel practices inherent in bull races, bullfighting, and Jallikattu are prohibited under The Prevention of Cruelty to Animals Act, 1960, and the use of bulls in performances was banned by the then Environment Ministry in 2011. Bulls across the nation are afforded this protection - not only those in Tamil Nadu.

"In 2014, the Supreme Court confirmed that spectacles such as bull races, bullfights, and Jallikattu violate Indian law. While Jallikattu is more prevalent in Tamil Nadu, bullfights are more common in Goa and bull races in Maharashtra, Punjab, and elsewhere," he said.

There has been a growing chorus for holding bull taming the sport Jallikattu, with Tamil Nadu Chief Minister O Panneerselvam writing to Prime Minister Narendra Modi, urging the Centre to consider promulgating an ordinance to enable the conduct of the sport.

AIADMK General Secretary VK Sasikala has also written a letter to the Prime Minister, noting that the ban on the bull taming sport had caused "resentment" in the state. 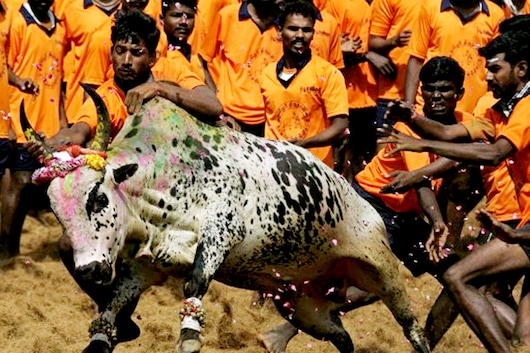 A 27-member delegation led by Lok Sabha Deputy Speaker M Thambidurai met Environment Minister Anil Madhav Dave on Wednesday and also submitted a memorandum to the Prime Minister's Office in this regard.

Valliyate said it the constitutional duty of every Indian citizen to "protect and improve the natural environment including forests, lakes, rivers and wildlife, and to have compassion for living creatures" under Article 51A(g).

Noting that Jallikattu supporters have started to claim that this cruel spectacle is some form of native-breed conservation, he asserted that "Nothing could be further from the truth."

"The prevalence of various breeds of cattle used by humans in India is almost entirely determined by the choices of the country's dairy industry. This is because humans manipulate domesticated breeds to suit their own purposes, such as for increased milk production.

"The industry was determining which types of cows were bred in India long before the Supreme Court's 2014 decision about events such as Jallikattu. There are also scientific ways of preserving native breeds of cattle and other species of animals already being practiced by the government," he said.

Observing that others have attempted to claim "falsely" that Jallikattu is of religious importance, he said Hindus commonly worship bulls in temples honouring Lord Shiva by gently touching the forehead of Nandi's idol and if some miscreants were to enter Lord Shiva's temple and desecrate Nandi's idol, people would not stand for it. "Similarly, there is nothing religious about the abuse of actual bulls of Lord Shiva," he said.

He said Jallikattu takes advantage of bulls' natural nervousness as prey animals by deliberately placing them in a terrifying situation in which they are forced to run away from those they rightly perceive as dangerous and a threat to their lives.

"Inspectors authorised by the statutory body the Animal Welfare Board of India have documented that bulls become so frightened by the menacing mob that they slip, fall, run into barriers and traffic, and even jump off cliffs, so desperate are they to escape. This often leads to severe injuries, including broken bones, and even death," he said.

From 2010 to 2014, media outlets reported that there were some 1,100 human injuries and 17 deaths caused by Jallikattu- style events, including the death of a child while the actual number is probably higher since many injuries likely weren't reported in the news, he added.