West Bengal chief minister Mamata Banerjee on Monday attacked Prime Minister Narendra Modi during her Jan Aakrosh rally in Kolkata and said that she will ensure his ouster from politics over demonetisation that is causing several problems for the poor.

"Today, I am taking pledge that either I’ll die or live but will remove PM Modi from Indian politics," thundered Banerjee in front of a huge crowd of people who had come out in support of TMC's rally.

"Now they have reduced interest rates on FDs.This shows that you (Modi) have become insensitive to public suffering" https://t.co/VvsDwbaMXy

The video perfectly captures the mood and sentiments associated with demonetisation, take a look. https://t.co/xVNvYdImQE

Demonetisation has paralysed our economy;when the colour of new notes will fade, what is the use? How'll it stop fake currency: RS Surjewala pic.twitter.com/KKirSlIJxV

Bazaar, cinema, Jatra (theatre) - everything got affected, but he (PM) didn’t care about the common people: Mamata Banerjee #DeMonetisation pic.twitter.com/6OXiwJkkYq

I will remove PM Modi from Politics, says Mamata Banerjee during the Aakrosh Diwas Rally

Roll back note ban, says Mamata Banerjee during a protest in Kolkata

Dictatorship won't work, says Mamata Banerjee over the manner in which the denotification move was pushed through

The 12-hour strike called by the CPI(M)-led LDF government in Kerala, as part of the nationwide agitation by opposition parties against demonetisation and the resultant crisis being faced by the cooperative sector in the state, began this morning.

We are not demanding like TMC to keep the black money; We're demanding to relieve miseries of common people: Left Front chairman Biman Bose pic.twitter.com/lA8HAqzdaK

11:15 (IST)
Only Those Hiding Black Money Were Against Demonetisation: BJP 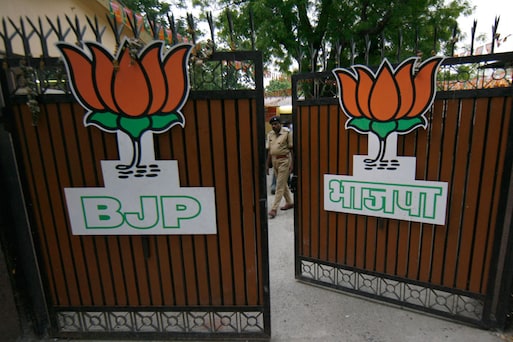 The Puducherry unit of Bharatiya Janata party (BJP) on Monday said those who were hoarding black money and evading income tax alone raised the banner of revolt against the Centre' move to combat corruption and fake currency, through demonetisation.

PM Modi should be present in Parliament and answer the questions raised by government: Mayawati

Demonetisation was a decision taken in a hurry: Mayawati

This oppn protest is against 125 crore people of the country who have whole heartedly supported #DeMonetisation : Jitendra Singh,MoS,PMO pic.twitter.com/PgnHq7NgJC

Jitendra Singh, MoS PMO on Jan Aakrosh Rally: This is not a rally in favour of the public. It is being organised against them.

The strike call by the Left Front has been opposed by the ruling TMC in West Bengal.https://t.co/qwDnpiGIs7

Opposition should debate in both houses of the parliament, we are ready.Why are they running away?: Ananth Kumar #DeMonetisation pic.twitter.com/PFXAy3l4LK

"Dictatorship won't work," Mamata told a sea of protesters who chanted along with her.

Stay tuned for the latest updates.