An official of Directorate General of Civil Aviation (DGCA) said that out of 166 passengers onboard Jet Airways B737 aircraft (9W 697), 30 complained of nose and ear bleeding and a few complained of headache.

Mumbai: The Civil Aviation Ministry on Thursday asked DGCA to file a safety audit within 30 days after several passengers on board a Jet Airways flight from Mumbai to Jaipur suffered ear and nose bleeds following cabin crew's negligence.

The incident occurred after the aircraft staff "forgot" to turn on a switch that controls cabin air pressure. Aviation regulator DGCA said that during the climb stage of the flight, the crew had forgotten to select 'bleed switch' due to which cabin pressure could not be maintained. "As a result, oxygen masks got deployed," it said.

Five of the flyers who suffered bleeding were suffering from "mild conductive deafness", according to a hospital. The five were taken to Dr Balabhai Nanavati Hospital, while the rest were attended to by doctors at the Mumbai airport after the flight was forced to turn back.

As per their preliminary examination by ENT doctors, the five passengers suffered "barotrauma" of ear, which is caused due to a change in air pressure, said Rajendra Patankar, chief operating officer of Dr Balabhai Nanavati Hospital.

"The five patients, all males, have mild conductive deafness, a temporary condition which is likely to take a week or 10 days to heal. They are advised not to fly till then," Patankar told reporters here.

There were 166 passengers and five crew members on board flight 9W 697. 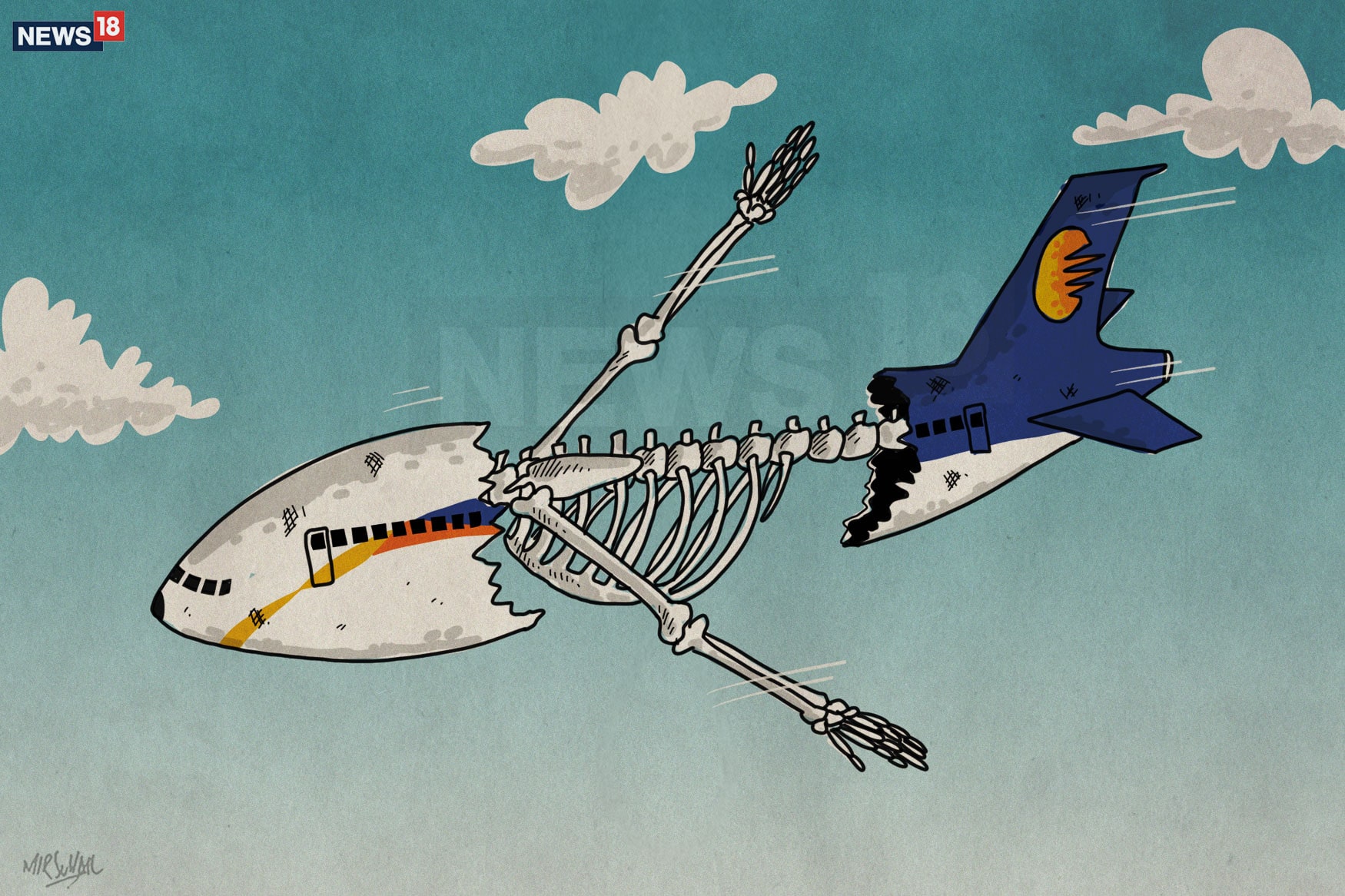 The Boeing 737 aircraft returned to Mumbai and the pilots have been taken off duty pending investigation, a Jet Airways spokesperson said. “Out of 166 passengers on board, 30 passengers are affected... some have nose bleeding, few have ear bleeding and some are complaining of headache," he added.

The Jet Airways spokesperson expressed regret for the inconvenience caused to passengers and said alternative arrangements are being made for the passengers.

Video apparently taken by a passenger showed oxygen masks hanging from overhead compartments and passengers breathing through them.


Panic situation due to technical fault in @jetairways 9W 0697 going from Mumbai to Jaipur. Flt return back to Mumbai after 45 mts. All passengers are safe including me. pic.twitter.com/lnOaFbcaps

According to the airline, the aircraft landed normally in Mumbai. "All guests were deplaned safely and taken to the terminal. First aid was administered to few guests who complained of ear pain, bleeding nose etc," it said.

The Civil Aviation Ministry said it has requested the DGCA to immediately file the report on the issue. "The crew is being derostered. Of the 166 people on board, 30 were affected and have been given treatment," the ministry said in a tweet.

An official at Aircraft Accident Investigation Bureau (AAIB) said that going by the preliminary information, it could be a case of negligence on the part of the pilots since controlling cabin pressure control is part of check before operating a flight.

The official said the DGCA would look into the incident first and then a decision would be taken on whether the matter should be referred to the AAIB.

Serious incidents and accidents are referred to the AAIB for further investigation.