Amid the raging protests over Jallikattu in neighbouring Tamil Nadu, organisers of 'Kambala' (buffalo race) in Karnataka decided to hold the traditional sport in Mangaluru on January 28 in violation of court orders restraining the same.

Meanwhile, Karnataka Congress has announced to hold protest in Bengaluru on Wednesday in support of Kambala at 11.30 am. 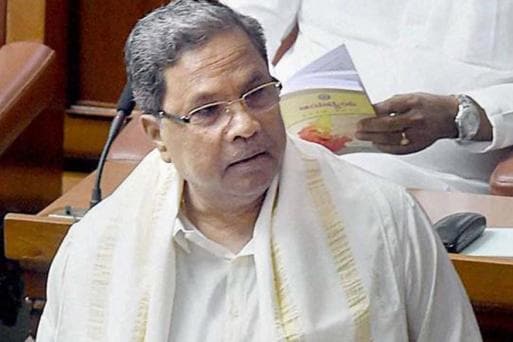 Karnataka Chief Minister Siddaramaiah on Tuesday said his government was in favour of holding it and asked the Centre to take a favourable stand as it did for Jallikattu in Tamil Nadu.

- Central Govt has to support because this comes under concurrent list, and state has not taken any steps because of active involvement of animal supporters, we are trying to manage

- Now the court has given a stay order and in the light of how GOI came to the rescue of TN, we are bound to get justice

- As far as Kambala is concerned our local MP have given a memorandum to me. I'll have to examine the matter

CM Siddaramaiah has said Kambala is Karnataka's heritage and involves no cruelty to the animals and they want to bring it back.

- It's a traditional game and the Govt supports it

Karnataka Vedike group to gherao governor's house at 10:30 am in support of Kambala

Congress to hold protest in Bangalore in support of Kambala today at 11.30 AM

The Karnataka High Court in an interim order, in November 2016, had stayed holding of Kambala on a petition by PETA

Karnataka Chief Minister Siddarmaiah pitched for the traditional annual buffalo race, saying that the government will bring ordinance to lift the ban if necessary

A File photo of Kambala. (Reuters)


To press for removal of curbs on Kambala, about 50,000 people along with about 250 pairs of buffaloes are expected to gather at a protest meeting to be held at Swaraj Maidan in Moodbidri.