He has also appealed to farmers to drop the agitation.

Bengaluru: Karnataka chief minister Siddaramaiah on Tuesday said that his Government would release the Cauvery water to Tamil Nadu to honour the Supreme Court's judgement over the issue.

He made this announcement after chairing an all party meeting in Bengaluru even as the Opposition JDS leaders walked out of the meeting protesting the government's decision to release water to TN.

"With a heavy heart we have to give the water. It's a constitutional dilemma we are facing. Defy SC or to say we can't would be difficult. On October 18 main petition of Karnataka is coming up in the SC. We should also ensure our legal strategy doesn't harm that case. Though we are in trouble," Siddaramaiah said while addressing the media.

"We will ensure that the drinking water for the towns fed by these dams doesn't suffer. We are trying to meet the needs of the farmers too. At the same time some leaders have given us advice that we should go to SC again. We will approach the SC with a modification petition. As this order is difficult to implement, we will go before the supervisory committee too. We will go to SC to modify order of 5th September", Siddaramaiah added with an effort to reach out to the farmers from Karnataka opposing the release of the water.

He has also appealed to farmers to drop the agitation.

"My appeal to farmers is to maintain calm. We are making all serious efforts to help them. Farmers should not do anything in haste," Siddaramaiah told the media during the briefing. 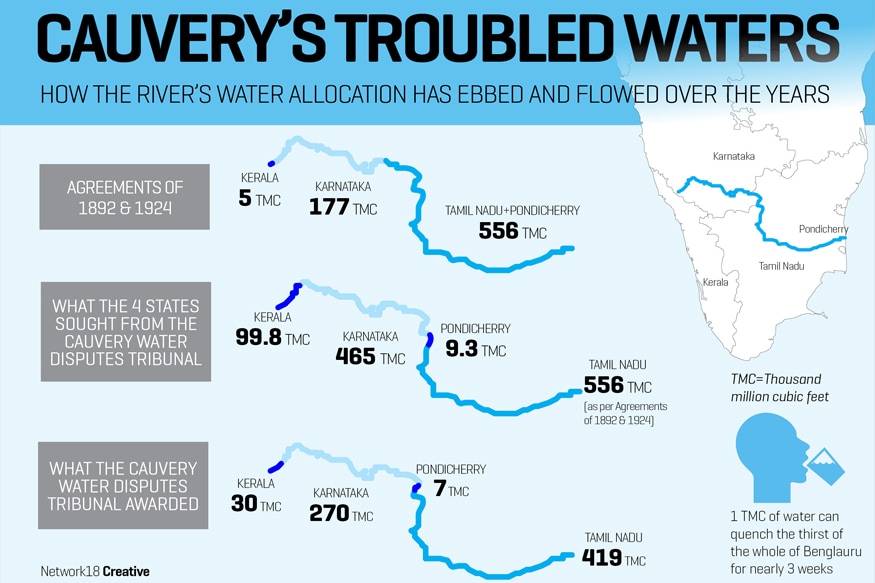 Over 2,000 police personnel were deployed in the Cauvery belt to contain the protests and to maintain law and order. Prohibitory orders have been clamped around Krishnarajasagar Dam and the entry of visitors to it prohibited till September 9.