File photo: The site of the landslide in Idukki district.

A landslide in the early hours of Friday and a plane crash at night left the state in shock as several lives were lost in these accidents.

Over 30 people lost their lives and many more were injured on Friday when Kerala was struck with twin disasters.

At least 15 people were killed and 50 others feared trapped in debris after a landslide triggered by heavy rains flattened a row of dwelling units of tea estate workers in Idukki district in the early hours of Friday. Nearly 250 km away, before the day ended, a pilot and 15 passengers were killed after an Air India Express plane with more than 180 on board skidded off the runway at the Karipur airport in Kozhikode. The toll is expected to rise.

The landslide is said to have occurred in the wee hours when a huge mound of earth fell on the "row houses". Two children and five women were among the deceased, most of whom were plantation workers from neighbouring Tamil Nadu. Fifteen bodies have been recovered so far. 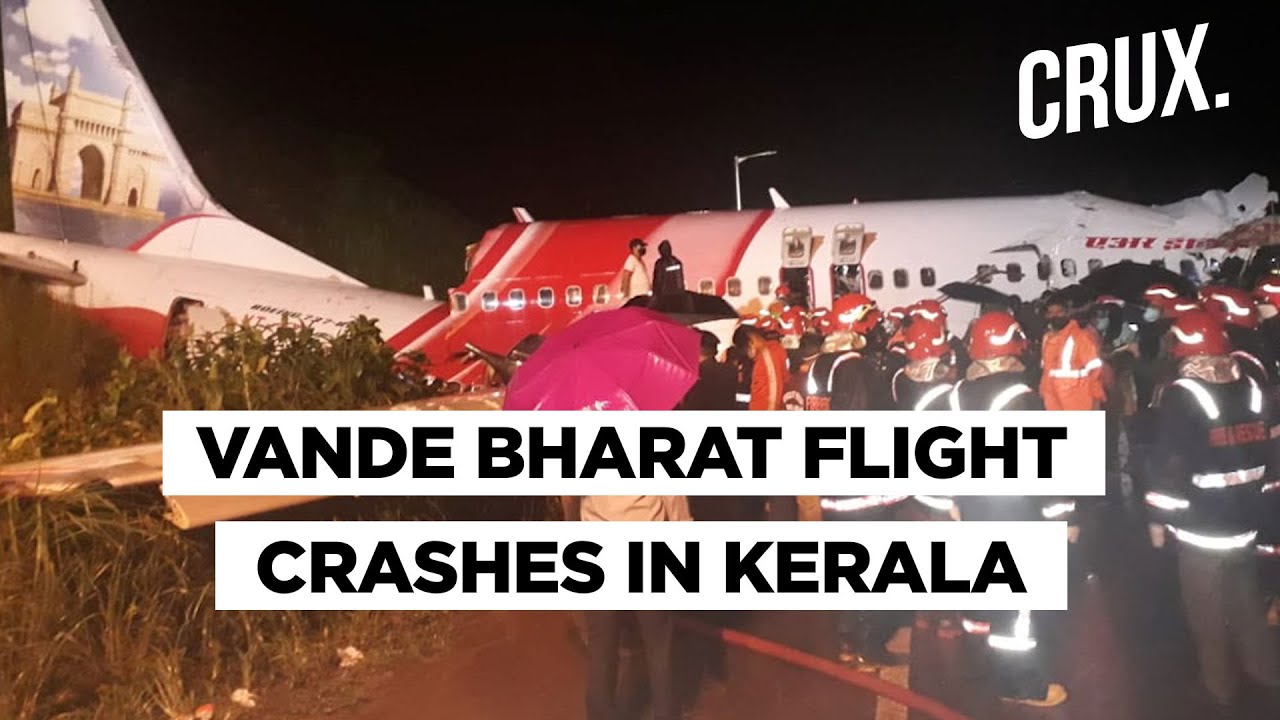 Chief Minister Pinarayi Vijayan said the state government will give Rs 5 lakh in compensation to families of those who died and the treatment cost of the injured will be borne by the state. Compensation of Rs 2 lakh each from the Prime Minister's National Relief Fund (PMNRF) will be given to the next of kin of those who lost their lives due to the landslide and Rs 50,000 each to those injured.

While the state administration was reeling under a natural calamity, a man-made disaster jolted them late on Friday.

An Air India Express flight with 191 people onboard veered off the runway while landing at Kozhikode. One of the pilots of the Dubai-Kozhikode flight died while scores of passengers are feared injured. The incident took place around 7.45 pm at Karipur airport.

"A Dubai-Kozhikode Air India Express flight fell down into the valley after landing at Runway 10 of Karipur Airport and broke down in two pieces," said the Directorate General of Civil Aviation (DGCA). "There were 191 people on board. Visibility was 2,000 metre at the time of landing.

The aviation regulator has ordered a detailed inquiry into the matter.

Kerala Health Minister KK Shailaja said all 108 ambulances in Kozhikode and Malappuram are being rushed to the airport. The Government Hospital in Kozhikode is being readied to receive casualties and we have also reached out to Aster MIMS, she added.

Former Minister of State for Tourism KJ Alphons in a tweet said, "It was the second tragedy of the day."

Senior Congress leader Shashi Tharoor described it as a "tragic day" for Kerala and hoped that rescue efforts will succeed in saving all the passengers onboard the Air India Express flight.

"Tragic day for Kerala. First the deaths in Munnar & now this: I hear both pilots have died. Hope rescue efforts will succeed in saving all the passengers," the MP from Thiruvananthapuram said in a tweet soon after the news of the accident broke.
Tags: