As Heat Intensifies and Hand Pumps Dry Up, Districts in Bihar Grapple with Drinking Water Crisis

While the water table has fallen below 250 feet, hand pumps and tube-wells have also dried up in the state.

Patna: Sixty-year-old Fula Devi, a resident of Shahpur Kasim village in Vaishali district in Bihar, stares at tough days ahead.

Her eyes well up as she talks about how her crops have been destroyed due to a lack of water.

“I have lost all my cash crops spread over 10 kathas of land (17,000 sq ft) and incurred losses worth more than Rs 25,000. Our misery does not end here. We have to struggle for drinking water as well. All the hand pumps have dried up here,” she says.

Flood-prone Bihar is known for an abundance of water resources. However, several districts are facing an acute water crises this summer due to mismanagement of water bodies and a population boom. The water table has gone below 250 feet from the ground level and hand pumps and tube wells, the main sources of water for drinking and irrigation in most villages, have also dried up. 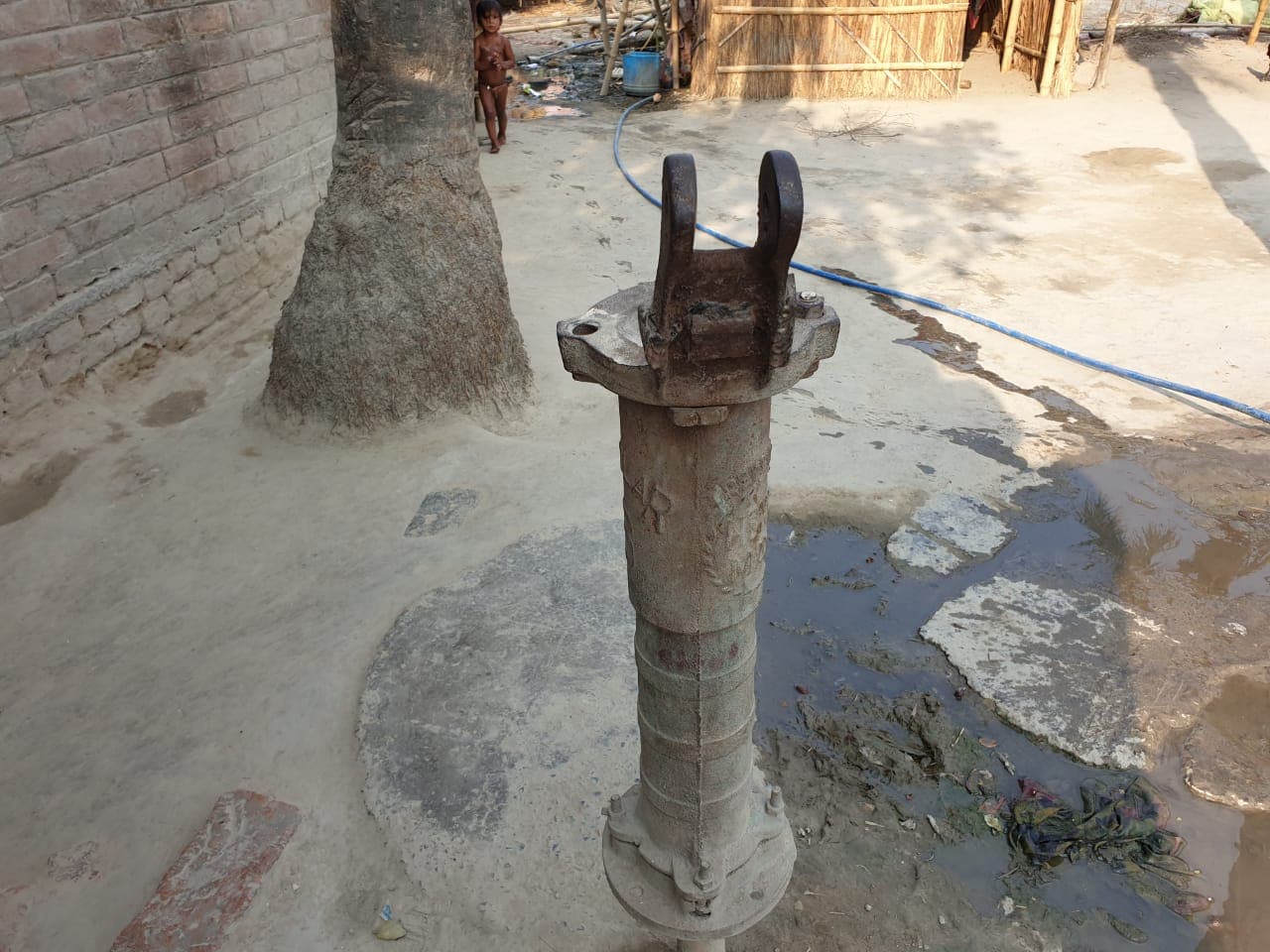 Even as locals are struggling to cope with this crisis, farmers are the worst affected. Given the non-availability of irrigation water and intense heat, their crops are fighting for survival. Their livestock does not get required quantities of drinking water either.

Shahpur Kasim is one of the many villages in Vaishali district where people are grappling with such a crisis. Villagers here before never faced such a situation until last year since tube-wells and hand pumps always had water at 55 feet.

The situation has now turned grave as the water table has dipped to 250 feet, with government hand pumps failing to pull water from the depth.

In Brahmapur village in the same district, underground water tanks have been constructed at 20-50 feet and water motors have been installed to extricate water, which is then hand-pumped for consumption.

Collecting drinking water has turned into a nightmare for villagers. Here, women flock to get a few buckets of muddy water for their daily activities.

Fewer wells are left with water due to the onslaught of tube-wells and hand pumps.

While a few parts of the district receive drinking water through tankers sent by the government, others now buy the same.

Chandan Kumar is another victim incurring heavy losses as his mango orchard and lychee plantation have completely dried up. Kumar had planted the crops in 10 acres of land, but as there has been hardly any yield, he incurred losses worth Rs 5 lakh.

“The crisis is severe because the water level has gone down severely. No one had ever imagined that tube-wells in the village could become defunct like hand pumps as they were bored 100-200 feet below ground level,” he says.

While several villages in Lalganj block of Vaishali district face a similar crisis, the situation is the worst in Sirsa.

Besides the mango and lychee orchards, wheat sown on hectares of lands have perished due to a fall in water levels in the region.

Some of the well-off villagers have installed submersible pumps at 350 feet below the ground level to get drinking water.

Rajeshwar Singh, who has a fish pond in Sirsa village, uses a submersible pump. “We were left with no other option as our ponds were drying up and the fish had started dying. There was a drinking water crisis as well,” he says.

In the same village, Mushar Tola has been badly hit as well. Here, elderly people walk up to a kilometre to carry potable water home.

The Jal Nal Yojana (water and tap scheme) devised to provide potable water to every household in the state has failed due to improper implementation and deep-rooted corruption. The scheme has also seen wastage of water.

The government had also decided to provide filtered drinking water to areas with high levels of arsenic and iron in the water.

The district public health engineering (PHE) department has devised a long-term plan towards water conservation and usage. As part of the project, the department plans to install iron containers near one-acre farms to collect water during rain.

Executive engineer (PHE) Manoj Kumar told News18, “There is a no clear policy on the part of the government regarding the installation of submersible pumps, the rampant use of which is further taking down groundwater. The department is planning to launch an awareness programme on water usage and its conservation in the district and trying to make it a part of the school curriculum.”

Vaishali usually gets 1,168mm of rain annually. But last year, it saw a deficit of 52.7% — the highest in any district in the state.

State PHE Minister Vinod Narayan Jha, who is reportedly taking stock of the prevailing situation on a daily basis, at a recent press conference said, “The department is well prepared to meet any challenge thrown by deficit rainfall in districts. We are monitoring the groundwater table reports on a daily basis."

Jha said 25 districts in the state are drought-affected and the government has identified 37,000 non-functional hand pumps of which 15,010 have been repaired and 3,440 replaced.