India has scored a major diplomatic victory over Pakistan with the International Court of Justice staying the execution of former Indian Navy officer Kulbhushan Jadhav. The UN's highest judicial body also asked Pakistan to take "all measures" to ensure that Jadhav, sentenced to death by a Pakistani military court for alleged espionage, is not executed till the court delivers its final verdict on the issue.

Pakistan on Friday filed a fresh plea in the International Court of Justice (ICJ) seeking a re-hearing in the Kulbhushan Jadhav case. India had scored a major diplomatic victory over Pakistan with the ICJ staying the execution of former Indian Navy officer Jadhav. The UN's highest judicial body also asked Pakistan to take "all measures" to ensure that Jadhav, sentenced to death by a Pakistani military court for alleged espionage, is not executed till the court delivers its final verdict on the issue.

India has hailed the verdict while Pakistan remains in denial over the ICJ’s jurisdiction.

CLICK TO READ | 'We Made a Mistake', Says Pakistani Media After Kulbhushan Jadhav Verdict 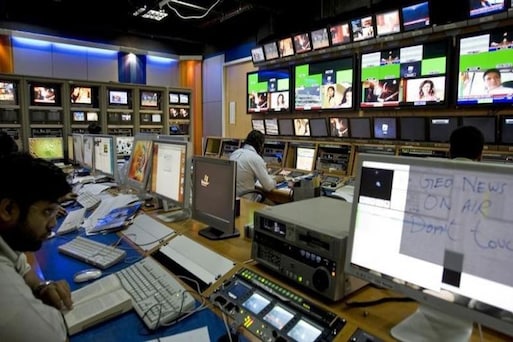 Retired Pakistan judge Shaiq Usmani told Dawn.com that Pakistan had "shot itself in the foot".

RECAP | The Foreign Office spokesperson of Pakistan has reacted to the ICJ's order, staying the execution of Kulbhushan Jadhav. "India has been trying to hide its real face" by taking the case of Kulbhushan Jadhav to ICJ. Pakistan will present solid evidence against Jadhav in the International Court,” the spokesperson said. The Pakistan foreign office also said that the International Court of Justice had no jurisdiction over the matters of national security. "India desperately tried to divert the world attention by portraying the entire case through a humanitarian angle," the statement said. RECAP | Reacting to the stay on execution of Kulbhushan Jadhav by Pakistan, Union Finance Minister Arun Jaitley said the International Court of Justice order was a serious indictment of the Pakistan's judicial system. Dalbir Kaur, the sister of Sarabjit Singh, who died in a Pakistan jail in 2013, hailed the verdict, terming it as a victory of crores of Indians.

RECAP | “As a lawyer for 40 years, you get a feel of how judges are reacting. I felt a positive energy when I was arguing the case. I felt judges were connecting. I felt gratified. I did not feel that connection when the other side was arguing,” said India’s lawyer at ICJ, Harish Salve. “It was a complicated subject. We worked hard and prima facie got acceptance on all our points. We are now a lot more emboldened and a lot more invigorated. When you believe in the case you do it pro bono (free of charge) and this was such a case. The government of India sought advice from me at the initial stage after which I researched about the case and gave my advice,” he added.

RECAP | International Court of Justice stays the execution of Kulbhushan Jadhav by Pakistan. Seen as a huge victory for India over its neighbour, External Affairs Minister, Sushma Swaraj in a series of tweets says, “The ICJ order has come as a great relief to the family of Kulbhushan Jadhav and people of India. We are grateful to Harish Salve for presenting India's case so effectively before ICJ. I assure the nation that under the leadership of Prime Minister Modi we will leave no stone unturned to save (him).”