Former finance minister and Congress leader P Chidambaram was on Wednesday night arrested by the Central Bureau of Investigation (CBI) from his Jor Bagh residence in New Delhi, an hour after he made a dramatic appearance at the All India Congress Committee (AICC) headquarters. He was taken to the CBI headquarters. Chidambaram earlier appeared at a press conference almost 24 hours after going "incommunicado" in the wake of the Delhi High Court turning down his anticipatory bail plea in connection with the INX Media scam case.

Minutes after his appearance, teams from both the CBI and the Enforcement Directorate arrived at his posh Jor Bagh residence. In unprecedented drama, CBI officials scaled the wall of his house to gain access.

P Chidambaram will be produced in CBI court tomorrow.

CBI director leaves the headquarters. Chidambaram is expected to be grilled for hours tonight at the CBI headquarters.

Press Statement by Shri @PChidambaram_IN on the persecution & vendetta politics by the Modi govt. #BJPVendettaPolitics pic.twitter.com/5ulUhfHXFb

P Chidambaram brought to the Central Bureau of Investigation (CBI) headquarters in Delhi. He will be kept there tonight.

"My father was fully compliant with the law. There is a judicial process. We will eventually be vindicated," Karti Chidambaram said. 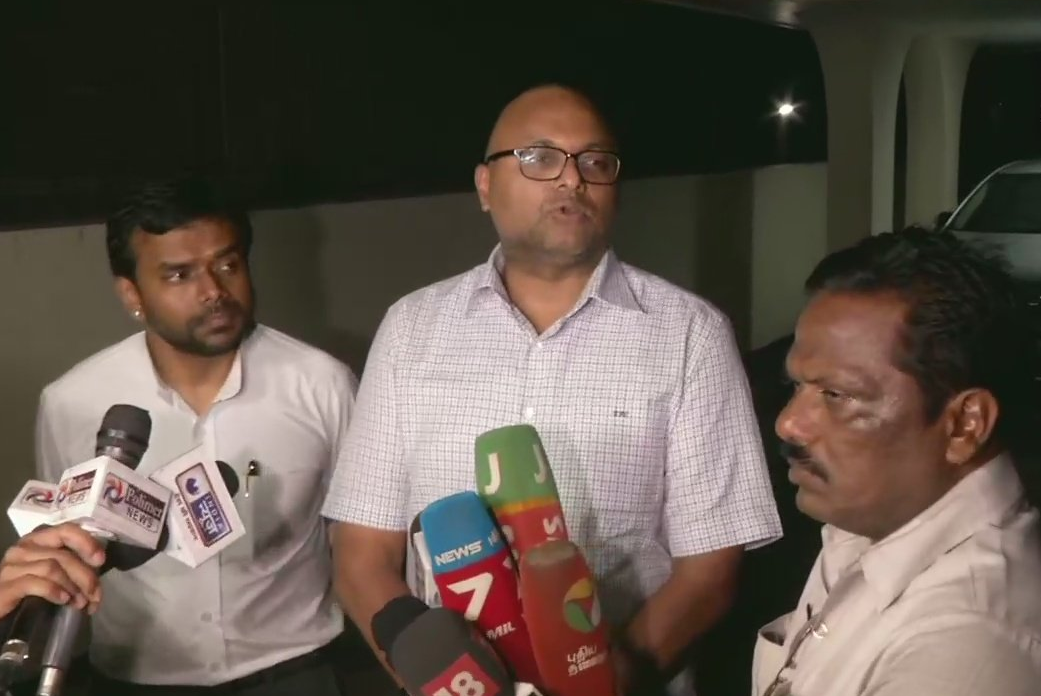 Karti Chidambaram Speaks at His Residence | Reiterating what he said in his Tweets, Karti Chidambaram is speaking at his residence in Chennai. "This is a witch hunt. Nobody in the history of India was raided 4 timeS, only I was raided 4 times. There is no case as they have'nt filed a chargesheet. This is kind of a spectacle. I was a guest of CBI so I am aware of their working ways".

Chidambaram's Bail Plea in SC Becomes Infructuous | With P Chidambaram's arrest  by the CBI in INX media money laundering case,  his bail plea before the Supreme Court has become infructuous. He will now have to seek regular bail from the CBI court.

#WATCH P Chidambaram taken away in a car by CBI officials. #Delhi pic.twitter.com/nhE9WiY86C

P Chidambaram taken away in a car by CBI officials. Protestors outside Chidambaram's residence are being removed. CBI is waiting for cops to create a corridor and have asked for more teams. CBI team will then take him through the corridor created for them.

Area around Chidambaram's residence has been cordoned off by the cops as journalists are being asked to retrieve.

BJP leader Shobha Karandlaje says she is ashamed that Chidambaram was once India's Finance and Home Minister.

#CONgress & it's leaders are acting like they are beyond law, shame!!

Looking at the visuals from the residence of #PChidamabaram, I hang my head in shame that he was our former FM & HM!!#ArrestChidambaram

CBI director and other officials have arrived at the CBI office. P Chidambaram is likely to be brought there for questioning in INX Media case.

Senior Congress leader and former finance minister P Chidamabram’s son Karti Chidambram has termed action against his father as “political witch hunt” as he faces arrest in INX money laundering case. “This is a political witch-hunt. Outrageous media leaks are the preferred tactics of the @dir_ed. I have nothing to do with INX or the FIPB. All my assets and liabilities are duly declared in statutory and regulatory filings. I have repeated this ad nauseam, (sic)” Karti, who is also the MP from Sivaganga constituency, said in a tweet. Read full story here.

Three CBI teams are at P Chidambaram's residence in Jor Bagh. Although, the ED team has left.

Karti Chidambaram Tweets, "The drama and spectacle being enacted by the agencies is to simply sensationalise and satisfy the voyeuristic pleasure of some".

The drama and spectacle being enacted by the agencies is to simply sensationalise and satisfy the voyeuristic pleasure of some.

Scuffle happening outside Chidambaram's house as his supporters chant his name.

I am thankful to the @INCIndia Shri @RahulGandhi @priyankagandhi for their support. And ever grateful to @KapilSibal @DrAMSinghvi @salman7khurshid for being there with us throughout.

In another Tweet, Karti Chidambaram says he has been raided by CBI four times and has been investigated for hours, yet there is no chargesheet against him.

I have been raided 4 times. Appeared for over 20 summons. Each session for a minimum of 10 to 12 hours. Been a “guest” of the CBI:) for 12 days. There is still no chargesheet for alleged events which apparently took place in 2008 and a FIR in 2017. There is no case.

Watch: A CBI official jumps the gate of Chidambaram's residence to get inside.

#WATCH Delhi: A Central Bureau of Investigation (CBI) official jumps the gate of P Chidambaram's residence to get inside. CBI has issued a Look-Out Notice against him. pic.twitter.com/WonEnoAgR4

This is a political witch-hunt. Outrageous media leaks are the preferred tactics of the @dir_ed I have nothing to do with INX or the FIPB. All my assets and liabilities are duly declared in statutory and regulatory filings. I have repeated this ad nauseam https://t.co/jBmkrxLNeX

The officials of Enforcement Directorate are also believed to be outside Chidambaram's residence as he faces arrest. Earlier in the day, the CBI issued a Look Out Circular against former Union finance minister P Chidambaram in the INX media case to prevent him from leaving the country as the agency continued its efforts to locate him. Read full report here. 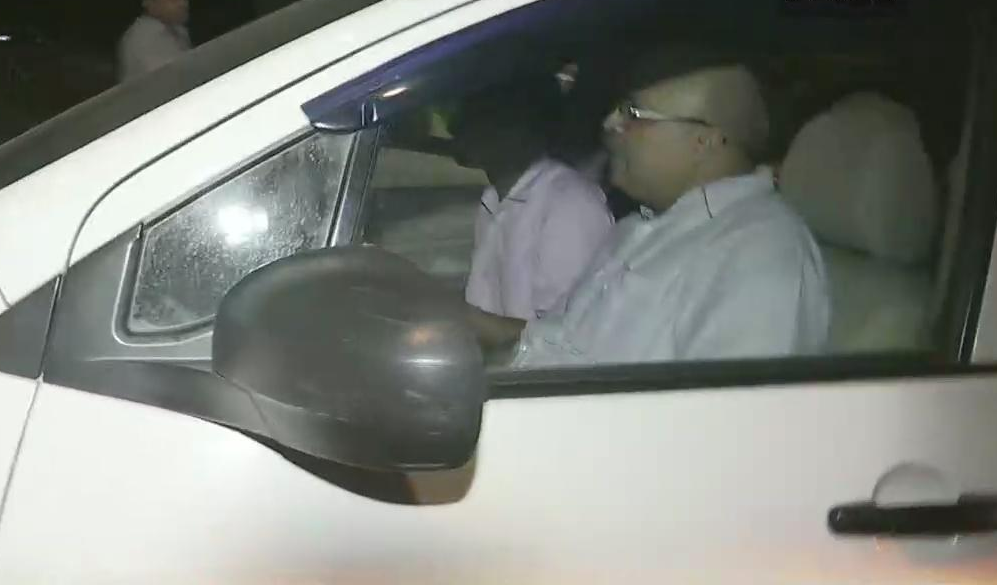 
The Supreme Court earlier listed for August 23 Chidambaram's anticipatory bail plea seeking protection from arrest in the INX Media case. No mention of Chidambaram's plea was made in court after the Ayodhya land dispute hearing came to an end on Wednesday. A team of officers from the CBI arrived at Chidambaram’s posh Jor Bagh residence late last night but could not find him home. The high court denied the anticipatory bail plea to Chidambaram, saying he seems to be the "kingpin" and "key conspirator" in the case and needs to be interrogated in custody for the investigation to be effective.

Holding that the INX media scam was a "classic case of money laundering", the court said the twin facts which have weighed to deny pre-arrest bail to Chidambaram are "gravity" of the offence and "evasive" replies given by him to questions put to him while he was under protective cover extended to him by the court.

Chidambaram, 73, also failed to get any immediate relief from the Supreme Court that was approached shortly after the high court cancelled the interim protection from arrest, paving the way for the CBI and the ED to apprehend him.

The CBI team, which reached Chidambaram’s home hours after the high court verdict, left the premises after confirming he was not present. A team of the Enforcement Directorate (ED) also arrived later.

The CBI team, which comprised a few officials of the superintendent of police rank, did not make clear if it had gone to his residence to arrest Chidambaram for alleged irregularities in foreign investment clearance to INX media during his tenure as finance minister.

Officials said that the team returned to the CBI headquarters and discussed with senior officers the future course of action.

Later on Tuesday night, the CBI again visited Chidambaram's house and pasted a notice on the gate. Signed by CBI investigating officer and Deputy Superintendent of Police R Parthasarathy, it directed the former minister to present himself within two hours of the receipt of the notice for further investigation in the case. The communication was emailed to Chidambaram as well.

The CBI had registered an FIR on May 15, 2017, alleging irregularities in the Foreign Investment Promotion Board (FIPB) clearance granted to the media group for receiving overseas funds of Rs 305 crore in 2007 during Chidambaram's tenure as finance minister. Afterwards, the ED lodged a money laundering case in this regard in 2018.

The Congress party questioned the actions of the probe agencies against Chidambaram, asking what was the tearing hurry when the Supreme Court was slated to hear his appeal on Wednesday morning.

Congress leader Anand Sharma said that Chidambaram has sought an appeal in the Supreme Court on Wednesday. "His bail was rejected today but what was the urgency for the ED and the CBI to haunt him tonight?" he asked. “This is not a criminal trial. What is happening today is not good for democracy.”

Party leader Manish Tewari, in a tweet, said, "Unrelenting, insidious and vindictive persecution of P Chidambaram and his family is an insult to the rule of Law as it stands constituted in a democracy."

Chidambaram maintained a stoic silence and kept himself away from the media after the judgment. When the news of this setback reached him, the former finance minister was in the Supreme Court along with a few junior lawyers.