Bengaluru witnessed a higher growth rate than any other major city in India during the last week. This means that the incremental rate of cases in Bengaluru with a lockdown was higher than in Mumbai, Chennai, Delhi without a lockdown.

Bengaluru saw an alarming rise in the number of Covid-19 cases since June 27 as infections rose by more than 10 times till July 13, forcing the state authorities to enforce a strict lockdown from the evening of July 14 to the morning of July 22.

The numbers during the lockdown, however, do not seem to be very encouraging. Bengaluru Urban recorded an aggregate of 13,972 cases between July 15 and July 21 – the seven days of the lockdown. This was a 45 per cent increase from the 9,608 cases recorded in the preceding week. 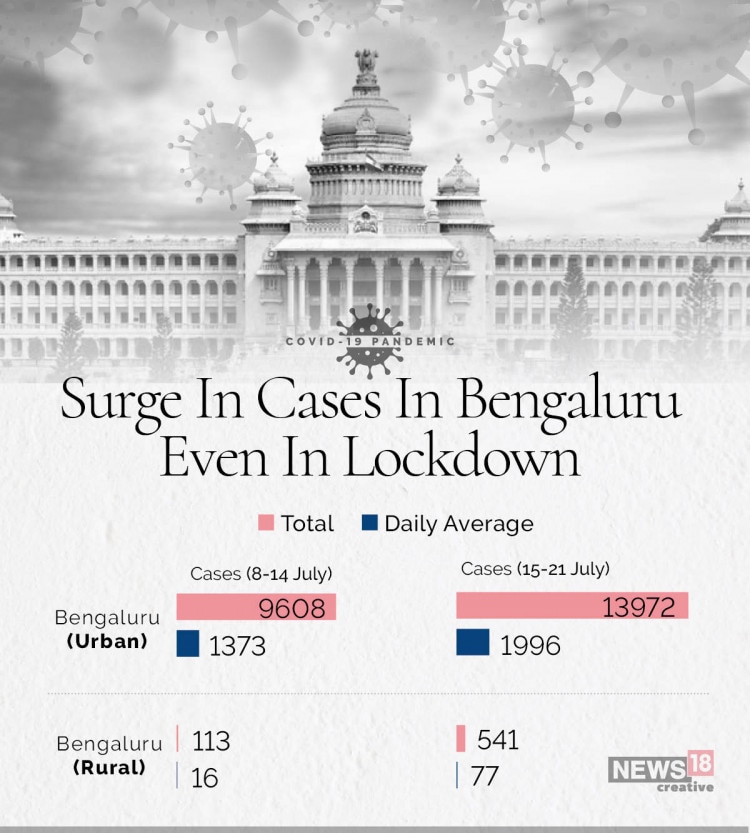 The daily average for the lockdown week went up to 1,996 from 1,373 between July 8 and 14. The city registered its highest single-day surge of 2,344 cases on July 16. Worryingly, there was sharp spike in Bengaluru Rural, too, with almost five times the number of cases reported between July 15 and July 21 as compared to the previous week.

Bengaluru witnessed a higher growth rate than any other major city in India during the last week. This means that the incremental rate of cases in Bengaluru with a lockdown was higher than M-C-D (Mumbai-Chennai-Delhi) without a lockdown. 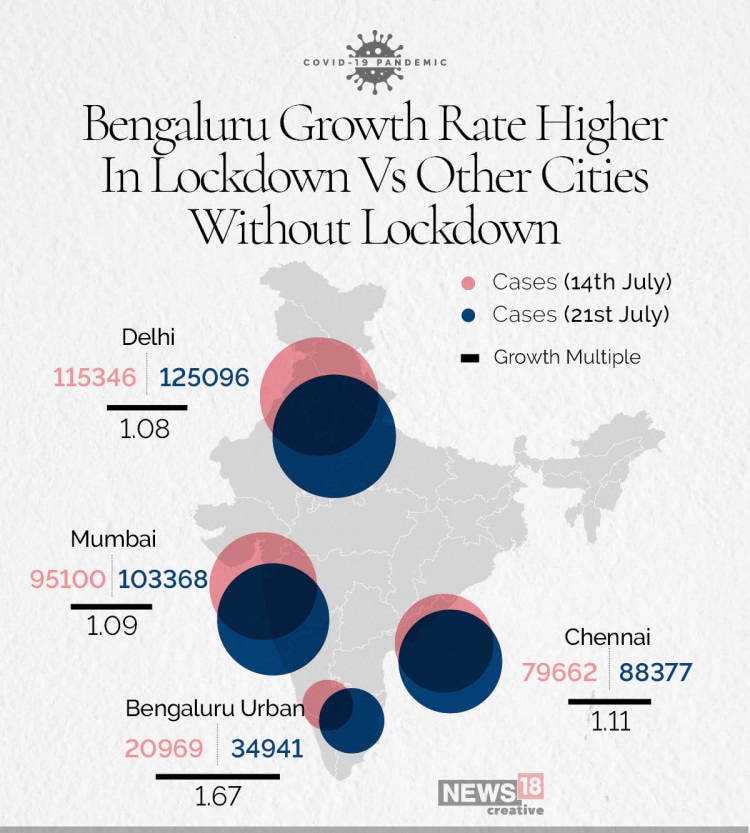 Along with the surge in cases, Bengaluru’s testing numbers continue to be low while the Positivity Rate has been on a continuous rise.

Bengaluru, on an average, has conducted just 6,457 daily tests from July 9 to July 20. Contrast this with Delhi, which has averaged 20,241 daily tests for the three-week period from June 30 to July 20. 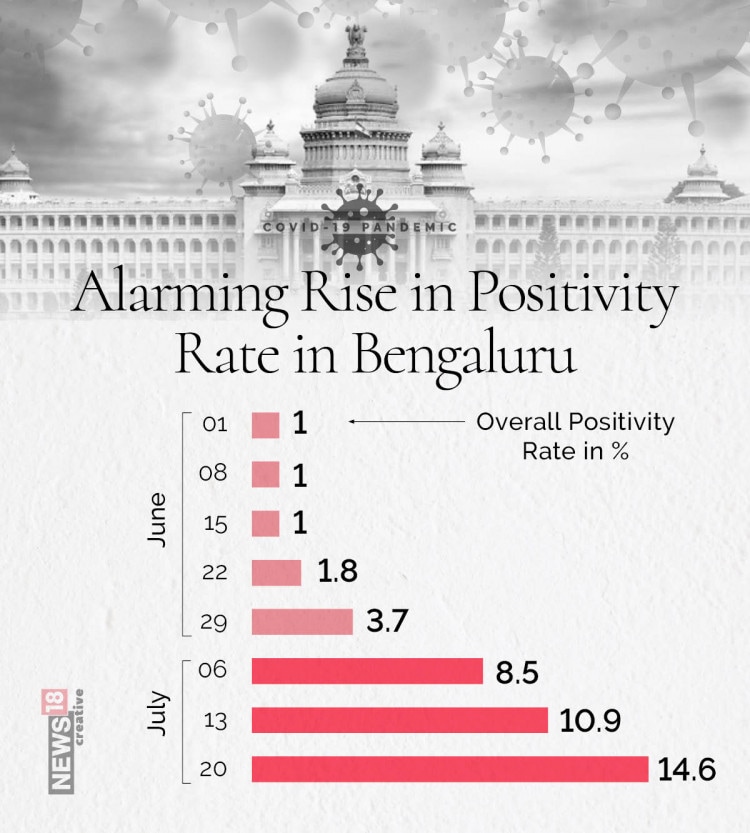 Even more worryingly, the city wasn’t able to contain the number of fatalities even during the week-long lockdown.

Bengaluru Urban had a total of 95 fatalities till the end of June. That number has risen to 720 by July 21. This means that nearly 87 per cent of all Covid-19 deaths in the city have occurred in July.

Lockdowns have usually been effective in keeping mortality numbers low. But, surprisingly, that was not the case in Bengaluru. The 7-day lockdown saw a total of 343 deaths in comparison to the 222 reported in the week prior. The Mortality Rate also went up from 2.31 per cent to 2.45 per cent this week. Full lockdowns do give the administration time to ramp up health and medical facilities but have limited impact in controlling the number of cases and deceased once the virus has already spread to a large part of the population.

In Bengaluru’s context, the numbers have only gotten worse during the lockdown.

A better strategy at this stage seems to be the one Delhi has adopted – of widespread testing, increasing hospital beds for the critically ill and strategic stringent lockdown in containment zones or hotspots. As the situation in Bengaluru worsens, the BBMP chief, BH Anil Kumar, earlier hailed for his efforts for containing the spread of the virus in the city, has now been transferred and removed.

The only silver lining for the city, if at all, is an initial trend of falling daily cases from the single-day high on July 16. But it is still early days for any pattern to be established.