Of the 122 deaths, 60 fatalities were reported from the Mumbai Metropolitan Region (MMR), including 49 from Mumbai alone.

COVID-19 fatalities in Maharashtra spiked by 122 on Wednesday, the highest in a single day, including 49 from worst-hit Mumbai, taking the death toll to 2,587, Health department said.

A total of 996 patients were discharged from hospitals in the day, taking the tally of the recovered cases to 32,329 so far, a statement said.


been tested so far.

"Of the 122 deaths, 60 fatalities were reported from the Mumbai Metropolitan Region (MMR), including 49 from Mumbai

Pune city, another major hotspot, reported 19 more deaths in a day, it added. 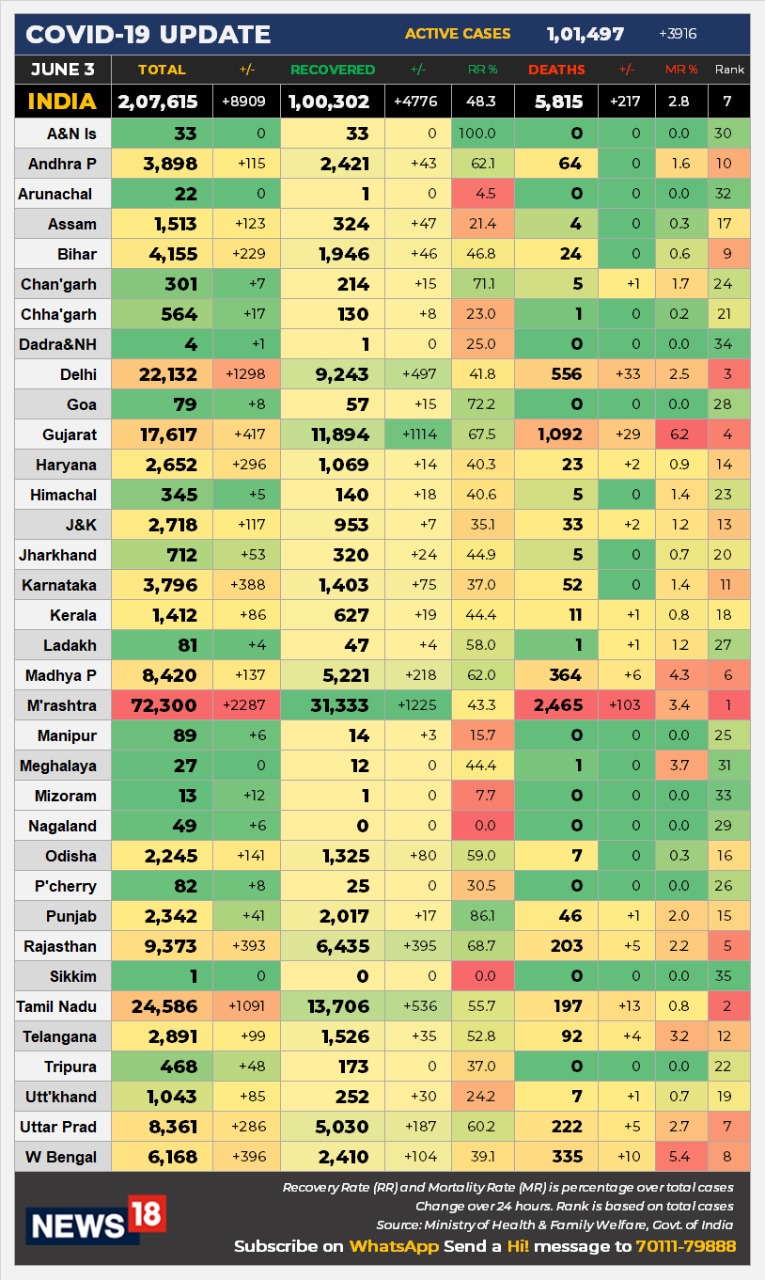 The total number of cases in Pune Municipal Corporation limits now stands at 7,390 with 343 deaths, while the Aurangabad city has reported 1,609 cases and 83 fatalities, it said.

The case count for Solapur city stood at 973 and fatalities at 80.

Malegaon, a hotspot in Nashik district, did not report any fresh case or death on Wednesday. As of Tuesday, it had reported 762 cases and 58 deaths, it said.

The tally of cases in Nagpur city is 596 with 11 deaths. 601 cases with 27 fatalities have been recorded in Akola city till date.

The number of containment zones in Maharashtra now stands at 3,661.