The survey found that overall support for the new laws across the country stood at 53.per cent. (Photo: News18)

The survey conducted across 22 states found that support for the new legislations was strong in most agrarian states, especially in Uttar Pradesh, Madhya Pradesh Andhra Pradesh and Telangana.

Amid protests around the national capital against the new agricultural reforms introduced by the Modi government, a survey conducted by the News18 Network has found a majority of Indians support the implementation of the new laws and think the agitation by farmers should be called off.

In the survey, conducted across 22 states with more than 2,400 respondents, a majority believed that the new farm reform laws would benefit crop growers, and data showed that support for the new legislations was strong in most agrarian states, especially in Uttar Pradesh, Madhya Pradesh Andhra Pradesh and Telangana.

The only exception was Punjab, where the support was found to be a little muted in comparison as the issue of liberalisation of the agriculture sector has become highly politicised.

The survey found that overall support for the new laws across the country stood at 53.6 per cent, with 56.59 per cent believing it was time for the farmers to call off their protest. 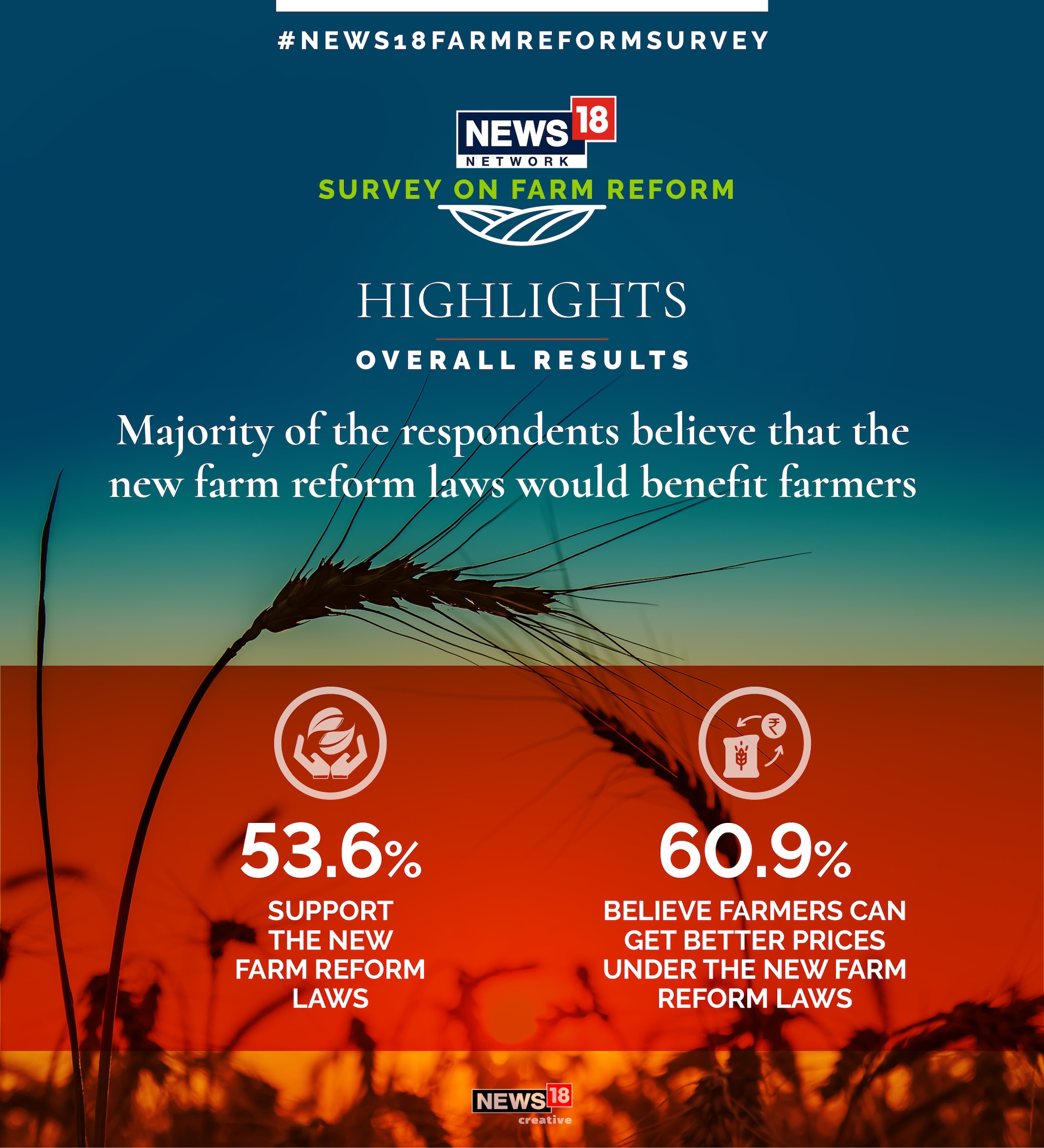 The farm reforms introduced by the central government permit, for the first time, trade in agricultural produce outside the APMC regulated mandis. Private mandis can be set up across the country where anyone can buy produce from farmers. The government has said that this is designed to provide farmers with more choices on who to sell their produce to, and more buyers will lead to a better price for the farmers. 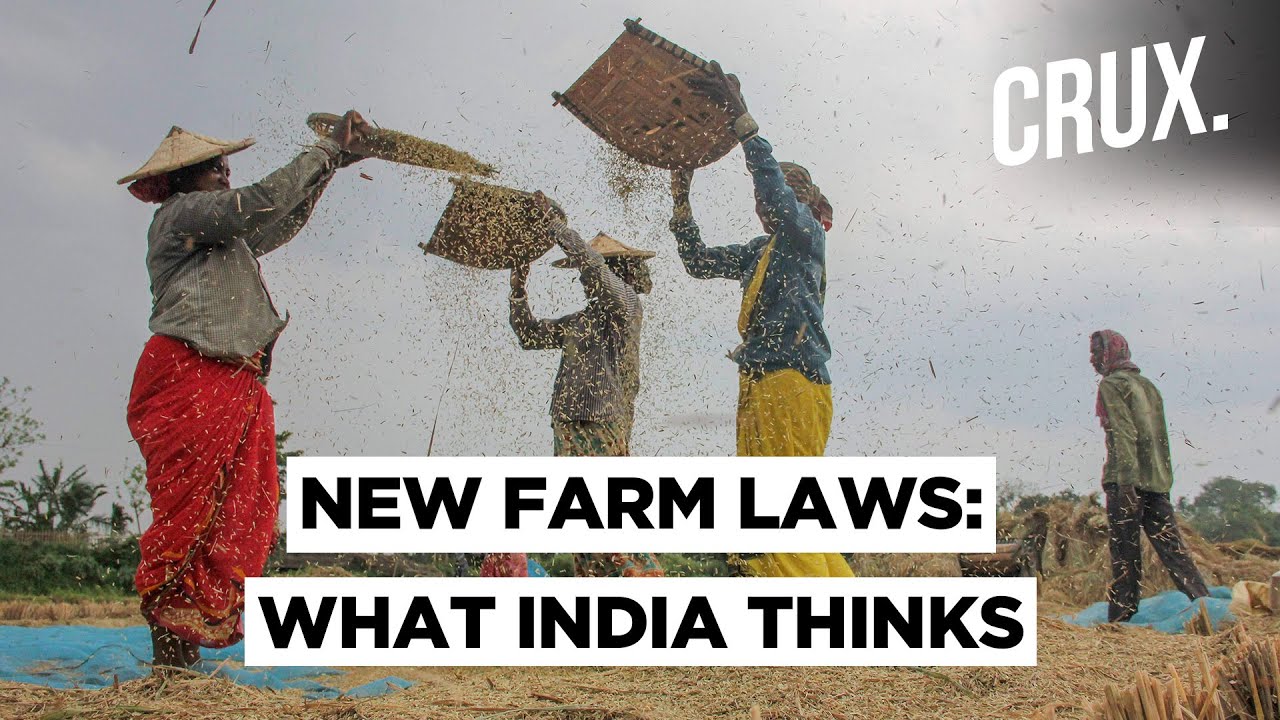 More than three out of five people News18 spoke to for the survey agreed that farmers would be able to get better prices under the new farm reform laws, and when asked about if giving farmers the choice to sell their produce outside APMC mandis was the right decision, the support grew to 73 per cent.

Close to half the respondents (48.7 per cent) said they felt that the opposition to the farm reforms was politically motivated, and more than half (52.69 per cent) believed that the protesting farmers should not insist on repeal of the farm reform laws and must come to a compromise with the government. The central government has held several rounds of dialogue with the farmers camping around Delhi in protest, and have offered several concessions to address their fears and concerns, but the farmer unions have insisted on the repeal of the three laws, leading to a freeze in the talks.

After six rounds of talks, the government said it offered “assurances” based exactly on what the farmers had asked for during the talks that lasted more than 20 hours, including a written guarantee for Minimum Support Price.

The government’s written assurance of MSP, which offers a safety net to farmers and was one of the key demands of the protesting groups was also supported by respondents, with 53.94 per cent of the respondents agreeing with the decision. 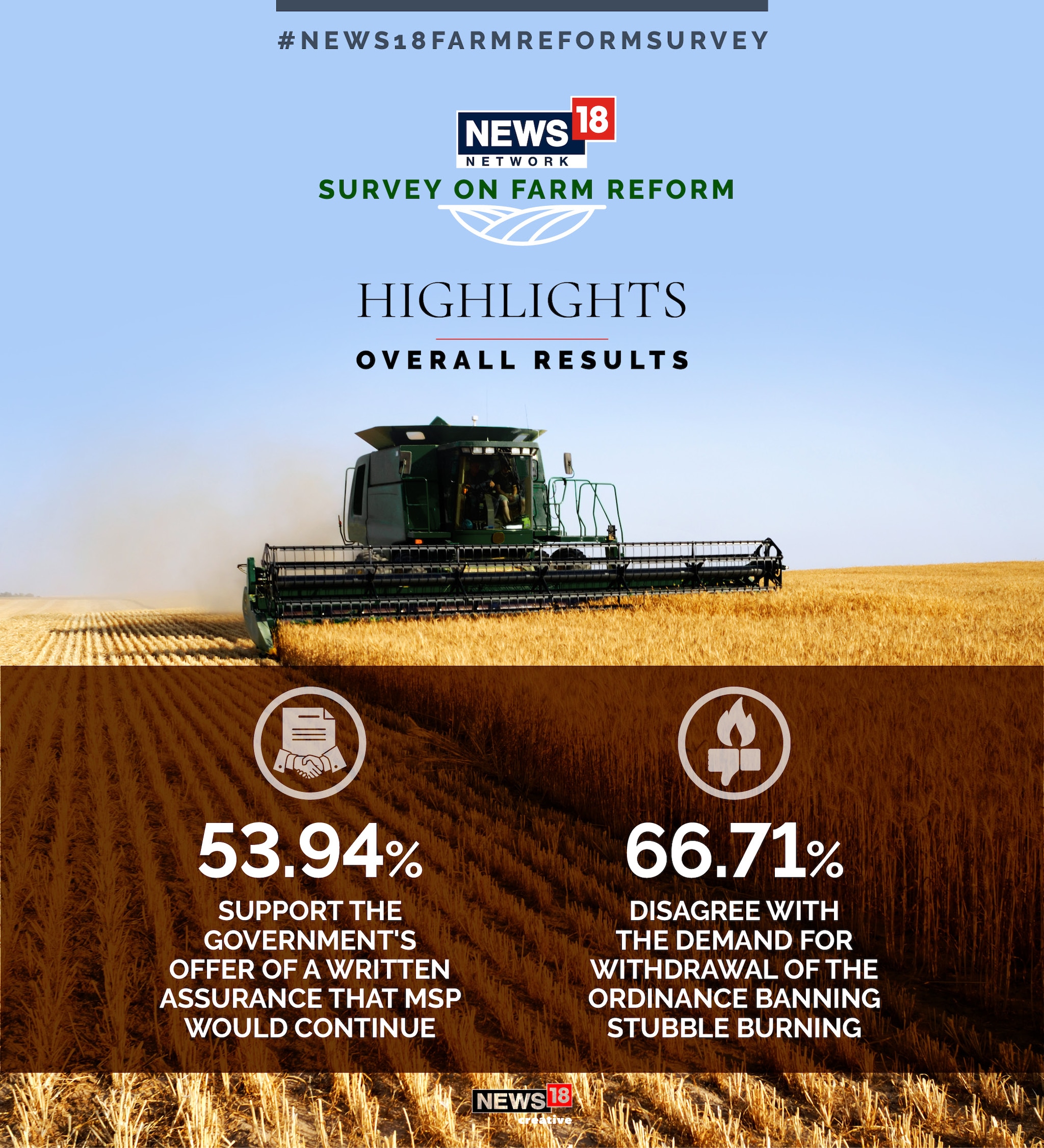 The support for reform and modernisation in agriculture was witnessed to be high across all regions (above 70 per cent), and the highest support was recorded in southern states at 74 per cent.

For the new laws introduced, the highest number of respondents from North India expressed support at 63.77 per cent followed by West India at 62.90 per cent. Respondents from all zones also support giving farmers the right to sell their produce outside APMC mandis.