Manager of Lucknow Madrassa Arrested Over Charges of Sexual Abuse, Attempt to Rape

The girls have alleged sexual harassment and attempt to rape against Tayyab Zia, the convenor of the madrassa.

Qazi Faraz Ahmad
Lucknow: After a passerby came across a crumpled note crying for help, the manager of an all girls madrassa in old Lucknow was arrested on Friday, on charges of sexually abusing minor inmates of the facility.

Seven of the 51 girls residing at the madrassa have filed a police complaint against the madrassa manager alleging that he would violate them and beat them up on several occasions.

The girls have alleged sexual harassment and attempt to rape against Tayyab Zia, the convenor of the madrassa.

Lucknow Police conducted a raid on the Saadatganj madrassa after being informed by the owner of the madrassa. A neighbour had come across one of the several notes that the girls had thrown out of a window of the educational institute, who informed the owner, who in turn approached the police.

Police said, the owner was not aware of these malpractices as he would resided somewhere else and was alarmed at being told that inmates at his madrassa were crying for help.

The owner also told SSP Deepak Kumar that some of the girls had been held captive and were being threatened.

Speaking to the media, SSP Deepak Kumar said, “A 15-year-old girl student of Gomti Nagar in her written complaint has levelled charges of harassment. She has also alleged that seven other girl students were also molested by Tayyab.” 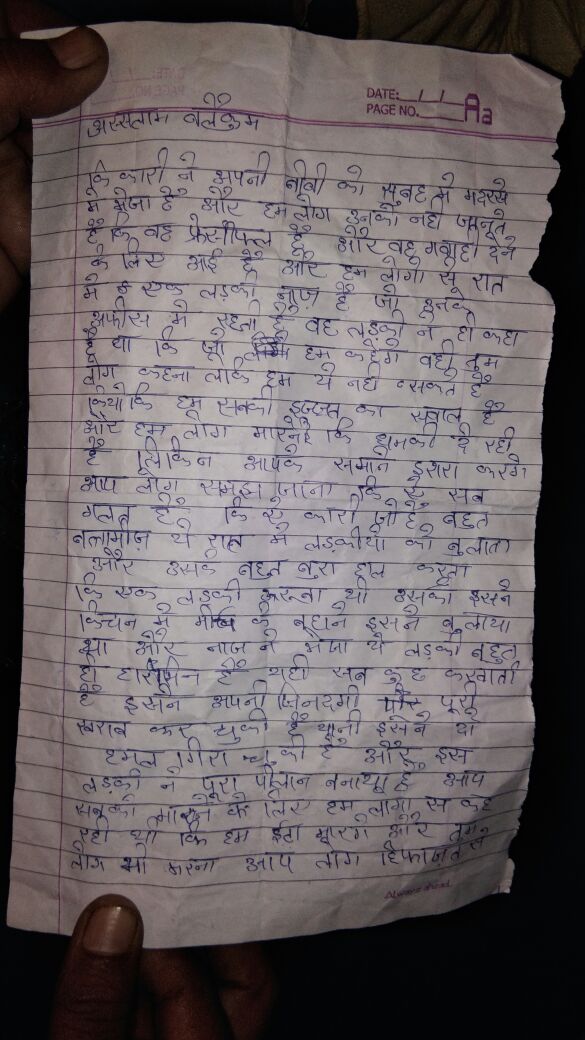 One of the letters that were recovered from outside the madrassa. (Image: News18)

A joint team of the police and local administration raided the madrassa located on the Campbell Road in Saadatganj around 9 pm on Friday and they rescued 51 girls from the madrassa. There were 126 girls from various states and other districts of Uttar Pradesh who were enrolled here.

One of the rescued girls reportedly told officials that when the girls resisted Tayyab’s sexual advances, they were tortured and beaten. Police said, “Out of the 51 rescued girls, seven have alleged sexual abuse and attempt to rape charges against convenor Tayyab Zia.”

Meanwhile, families of the rescued girls have been informed and the girls would soon be taken to a Nari Niketan facility.
Tags