Mann ki Baat Highlights: Prime Minister Narendra Modi today urged people to buy local products for the festive season as he praised Indians for exercising patience during festivals to keep coronavirus at bay. Addressing the nation, in the 70th edition of his Mann ki Baat programme, PM Modi wished citizens on the occasion of Dussehra. He had sought suggestions from citizens on his social media accounts earlier this month about topics for Mann ki Baat, a forum where he addresses the country over a range of issues. In his previous address, which came amid protests over farm bills, PM Modi said they are playing a major role in building a self-reliant India. Modi said many farmers benefitted after fruits, vegetables were brought out of APMC Act in some states a few years ago. “Our agriculture sector has shown its prowess during the Covid-19 pandemic and farmers are playing a major role in efforts to build a self-reliant India,” he said.

Farmer unions across India have been protesting against the contentious agriculture reform bills passed by Parliament last week, fearing the new legislations would do away with Minimum Support Price and leave farmers at the mercy of corporates. The BJP’s oldest ally Shiromani Akali Dal walked out of the National Democratic Alliance (NDA) over the issue on Saturday, citing the Modi government’s “stubborn refusal” to give statutory legislative guarantees to protect the assured marketing of farmers’ crops at MSP.

In his address, Modi took another dig at the Congress, saying that if the essence of Mahatma Gandhi’s economic philosophy was followed, there would not have been any need for the ‘Aatmanirbhar Bharat’ campaign as India would have become self-reliant much earlier. The prime minister began his monthly broadcast by talking about storytelling, saying it has been a part of our nation for centuries. “Storytelling is as old as civilisation…These days, stories relating to science are gaining popularity,” Modi said. He said many people are making storytelling popular across the country and underlined that India has a glorious tradition of storytelling. He also interacted with members of the Bangalore Storytelling Society. Modi also requested all families to set aside some time for storytelling and said it will be a wonderful experience for them.

The innovative efforts of Indians continue!

Here are instances from Jharkhand and Madhya Pradesh, of innovators in agriculture. #MannKiBaat pic.twitter.com/8MngunNbUm

PM Modi lauds efforts of residents of Pulwama district, Jammu and Kashmir in producing pencil wood for the country.

We laud the hardworking people of Pulwama for their efforts. #MannKiBaat pic.twitter.com/aEVDGmRLpt

PM Modi Calls for Efforts on National Integration | "Unity is strength, Unity is power," said PM Modi. He also urged countrymen to visit a government-run website- ekbharat.gov.in and called for donations for efforts on national integration.

"One aspect about Sardar Patel that is not as widely known- he had a great sense of humour, even in the middle of tough circumstances. This is a learning for all of us- we must always keep our sense of humour alive." Take Care of Sanitisation Workers, Housekeepers, Security Guards, Says PM Modi | "During festivals, do remember lockdown times when we got to know those close associates of society without whom our lives would have been very difficult. Sanitisation workers, housekeepers & guards were with us in difficult times, now in festivals, we've to take them along," PM Modi

"When are proud of our heritage, the world takes note of it," says PM During #MannKiBaat today, we will know about an interesting person- Ponmariappan from Tamil Nadu.

He has a very small salon where he has done an exemplary work.

He has converted a small portion of his salon into a library: PM @narendramodi 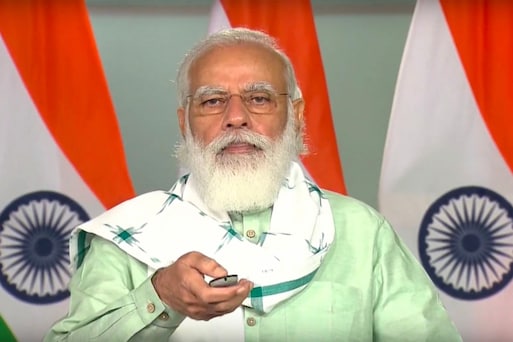 Amid pandemic festivities across the country have been muted and the authorities have requested people to maintain Covid-19 protocol.

PM Modi Takes a Dig at Congress Over Mahatma Gandhi’s Economic Philosophy | In the 69th edition of Mann Ki Baat on September 29, the Prime Minister also recalled landmark events to be observed- the Bhagat Singh Jayanti and the birth anniversaries of Mahatma Gandhi and Lal Bahadur Shastri on October 2. He took a swipe at the Congress party, saying that if the essence of Mahatma Gandhi’s economic philosophy was followed by previous governments, his government would not have felt the need to launch the Aatmanirbhar Bharat (Self-Reliant India) campaign.

Tune in at 11 AM tomorrow. #MannKiBaat pic.twitter.com/XJQhA8KaFs

What Happened in the Previous Edition of Mann ki Baat? Earlier Mann ki Baat came shortly after the passage of the farm bills where PM Modi strongly defended the legislations enacted by his government. He said they would benefit farmers by giving them the freedom to choose where they wanted to sell their produce as well as consumers by taking middlemen out of agricultural trading. The government stated that they will widen market access to farmers and which opposition parties say are anti-farmer and corporate-friendly.

Earlier PM Modi Sought for Ideas on His Social Media Accounts | PM Modi had sought ideas and suggestions from people on his social media accounts earlier this month about topics for Mann Ki Baat where he addresses the country over a range of issues.

Prime Minister Narendra Modi to address the nation through his radio programme 'Mann Ki Baat' at 11 am today.