Massive Fire Breaks Out at ONGC's Surat Plant After 3 Blasts, No Casualties Reported

Plumes of smoke could be seen billowing from a distance.

No casualties have been reported so far in the fire that broke out at ONGC's Surat plant.

A massive fire broke out at an Oil and Natural Gas Corporation (ONGC) plant in Gujarat's Surat in the early hours on Thursday after explosions were heard at the site. Fire tenders have been rushed to the spot. No casualties have been reported so far. The cause of the blaze has not yet been ascertained.

"Around 3 am, three consecutive blasts took place at ONGC Hazira Plant which led to the fire. Firefighters present at the spot. No casualty reported so far," Dr Dhaval Patel, Surat's Collector was quoted as saying by news agency ANI. Patel added that the activity of depressurizing the pressurized gas system is underway by ONGC officials. 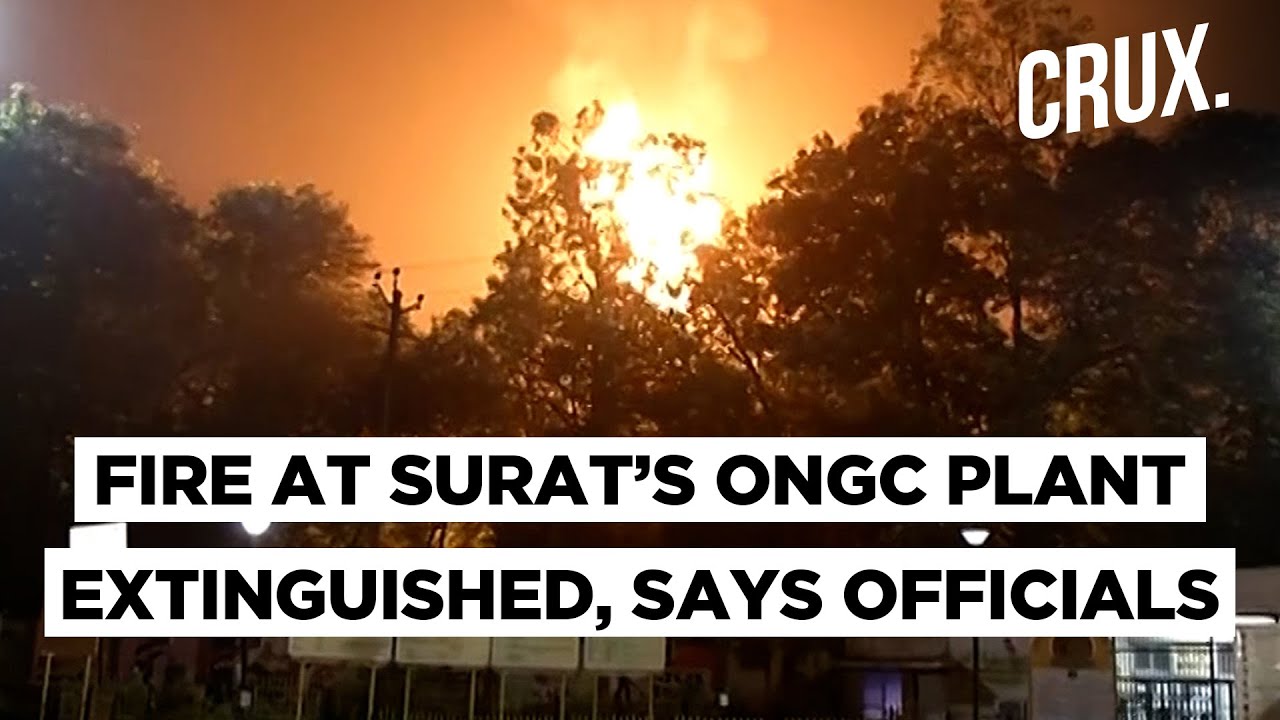 A fire was observed in the Hazira Gas processing plant in the morning today. Fire has been brought under control. There is no casualty or injury to any person.

In a separate statement, ONGC said that the fire at Hazira Plant has been completely extinguished while adding that efforts are being made to resume normal operations. ONGC has a fire system of its own but fire tenders from Surat and adjoining areas have also been dispatched.

Plumes of smoke could be seen billowing from a distance.

The gas is transported from Mumbai offshore through a pipeline to ONGC's Surat plant, where the refining process takes place. Then, through the HVJ pipeline (Hazira Vijaypur, Jagdishpur), it is transported to different industries as well as for domestic use in six states of the country.