Inspired by Papan Mohanta's bottle garden, a nearby CRPF camp office is using the same method to beautify their vacant space.

Kolkata: Three years ago, when Papan Mohanta was transferred to the Pirakata range in West Midnapore as a Forest Range Officer (FRO), he was deeply upset with the filthy and unwelcoming state of his new office premises.

Like him, his family, too, was depressed and wanted to go back to Rupnarayanpur Forest Range, where Mohanta was previously posted. However, he had other plans.

Instead of returning to Rupnarayanpur, Mohanta decided to transform this new place in such a way, that people would want to visit it again and again.

Being a student of environmental studies, Mohanta channelled his skill and started to collect plastic bottles and rubber tyres from rag pickers. He used these to create beautiful hanging gardens which he then hung with ropes in the entire office. Slowly, he turned a vacant space in front of his garden into a stunning garden.

His experiments have become an inspiration, with some schools also taking the initiative to create their own bottle gardens. Apart from students, the locals, CRPF officers posted in the area and even the Panchayat Pradhan has decided to take a leaf out of Mohanta’s book to beautify spaces. 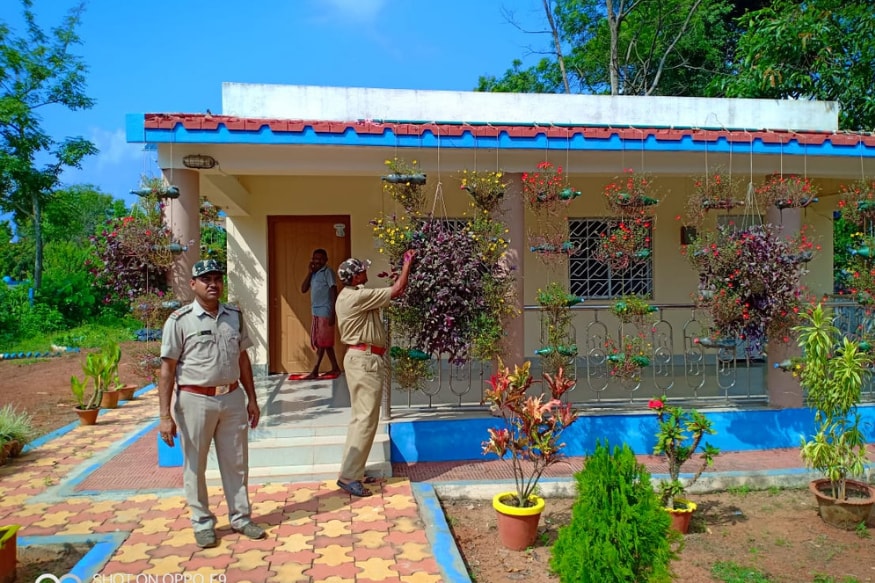 “Initially, when I came here, the place was full of waste. I decided to beautify it and took the challenge to create ‘Best out of Waste’. In the garbage dump, I found few empty plastic bottles and planted Petunia, Vinca, Morning Glory and hung it at the entrance of my office building. It was looking nice,” Mohanta told News18.

In less than two years, the forest official has managed to realise his dream. Scores of people visit his office every day to look at this unique garden. On holidays, the place has become to go-to spot of the district, with families flocking the spot merrily to do afternoon picnics.

“Presently, there are nearly 2000 plastic bottles/tyres plantation in my range office. Now I am giving training to school students and local people on effective use of bottle gardening. I never thought that this idea will change the look of entire Pirakata,” said the ‘Garden Babu’, as he’s endearingly called.

Inspired by Papan’s garden, a nearby CRPF camp office is using the same method to beautify their vacant space. Renowned environmentalists attached with NGOs recently visited Papan's garden and appreciated his work. They are planning to take this concept to beautify panchayat and rural offices in Bengal.