The spot where the gunfight took place in Amshipora village of Shopian.

The relatives of Imtiyaz Ahmed and two named Ibrar Ahmed allege that they were killed in a staged gunfight in a village in Shopian district on July 18.

A pair of trousers and a shirt are hanging by the wall of a poorly lit, small, room-cum-kitchen. Two face masks, a pair of sunglasses, a packet of chewing tobacco, and a cigarette lighter are strewn by a window shelf. On the edge of the floor are two pairs of socks, craggy and fusty, as if pulled off someone's feet moments ago.

Three polythene bags, filled with onions, potatoes and rice, lie on the kitchen shelf besides five red plastic plates and a water jug. Lower to that shelf are four cups, a deep-bottomed utensil, a bottle of cooking oil filled to the neck, and a few packets—of spices, salt and sugar. To an extreme of the adjacent shelf is an electric stove, on top of which is a metal pot, filled with some cooked rice—which is smelly after lying around for weeks.

This is all that three youths left behind in Kashmir’s Shopian district before they went missing.

On Monday, however, something more emerged.

The relatives of the trio — Imtiyaz Ahmed and two named Ibrar Ahmed — alleged that they had been killed by the army in a staged gunfight in a village in Shopian district, 50 kilometres south of the region’s capital Srinagar, on July 18. 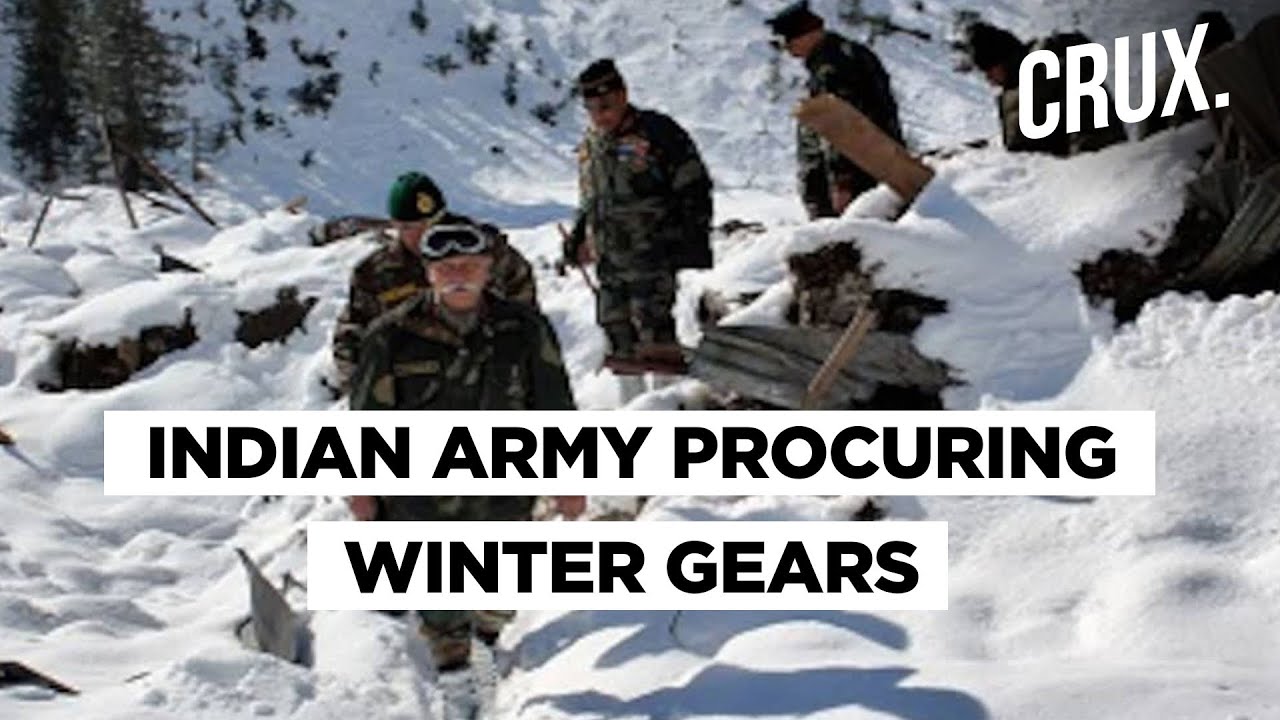 On that day, army officials said they had killed three unidentified militants in Amshipora village of Shopian district during a gunfight. Around the same time, the trio, hailing from the south-western district of Rajouri, about 160 kilometres away from Shopian, had stopped contact with their families on their way to Shopian, where they were working as labourers.

The trio was silently buried in a graveyard in Baramulla district, 120 kilometres north of Shopian. Under a new policy, the authorities in Kashmir don’t publicly identify militants killed in gunfights and their bodies are also not handed over to their families. The authorities cite Covid-19 as a reason and say it is aimed to stop the spread of the virus during last rites. Locals, however, say the authorities are using the pandemic as an excuse to stop protests and huge gatherings in support of militants.

Who are the three people?

The families of the trio lodged a complaint with the police, stating that Imtiaz Ahmed, 21, son of Sabir Hussain, Ibrar Ahmed (17), son of Bagha Khan, and Ibrar Ahmed (25), son of Mohammad Yousuf, were missing and had had no contact with their families since the evening of July 17.

Imtiaz Ahmed was working as a labourer. The 17-year-old Ibrar Ahmed was enrolled in a government high school. The older Ibrar Ahmed had been working in the Gulf and had returned seven months ago. He's married and has a 15-month-old son. The three were relatives who hailed from Peeri area of Rajouri district and had come to work as labourers in Shopian.

The eldest, Imtiyaz Ahmed, as per his relative Saleem Ahmed, used to visit Shopian to work and he had called the two Ibrars as well to work with him.

“They left from their homes on the morning of July 16 and contacted in the evening that they had reached,” Ahmed said. They had, according to Ahmed, taken the mountainous route and trekked for 12 hours to reach there.

“Since then we have no contact with them,” said Ahmed. “We tried to call the trio on their phones but they were switched off and couldn’t be reached.”

The family, however, didn’t panic initially and thought to wait for a few days, feeling that the three may have gone to work in some remote place or had been put in quarantine due to Covid-19.

“But despite calling a number of people who we knew in that area, we got no information about them,” said Ahmed.

A local of Chowgam village, where Imtiyaz Ahmed had earlier worked and was in contact with his family from, said that he also got calls from the family about their whereabouts but he didn’t know anything.

“He had worked in our apple orchards but I had seen him a few days before the news of his disappearance spread and he said that he was bringing more labourers from his area to work,” said Tawseef Ahmad Lone, a resident of Chowgam village.

“He would usually stay in our house, but due to the pandemic and as he was planning to bring more workers, he decided to rent a room in the village,” said Lone.

On the afternoon of July 16, Imtiyaz rented a room owned by 45-year-old Shakeel Ahmad Lone. The next morning, Fareeda Banu, Lone’s wife, went to ask for the broom and the bucket Imtiyaz had taken the previous night. But no one opened the door.

“I knocked but it was locked from inside. So I went from the other side of the room and started knocking at the window,” said Banu, adding that she found one window was not locked. “I opened the window and there was no one inside. All the belongings were there.”

On July 18 Indian army claimed that three unidentified militants were killed in Amshipora village of Shopian district. Later in the day, Jammu and Kashmir police also issued a statement, reiterating the message.

The suspected militants were killed in a dense apple orchard. The orchard belonged to Mohammad Yousuf, who was summoned by the army on the morning of the gunfight.

“I saw three bodies on a road a few metres away from my orchard and there was a huge presence of soldiers,” said Yousuf. “I was asked to identify the bodies which were in zipped body bags,” Yousuf said, adding that he couldn’t identify any of them.

However, some army personnel asked him to look again and check if one was Basit Ahmad, a local militant. “They insisted that he was Basit but I denied. It was not him,” said Yousuf who later found his shed in the apple orchard damaged by the fire caused in the purported gunfight.

Another local, Lal Din Khatana, whose house is situated a few metres away from the encounter spot, said that he had heard gunshots around midnight. “The firing stopped later. Then at around 2:30 am there were again two gunshots and then lull till around 7 am when a loud explosion took place,” said Khatana.

The army later knocked at his door, and asked him to get along the orchard spray machine and a few buckets to douse the flames, he said.

“Upon reaching the orchard I saw the shed ablaze and there were three bodies placed adjacent to each other outside,” said Khatana, adding that the dead were wearing torn clothes and two had worn shoes while the third one, the youngest, was wearing sandals.

“The army personnel asked me to identify the bodies but I couldn’t. I had never seen them,” said Khatana, who is among the first people to see the bodies.

That day Jammu and Kashmir police in a statement about the gunfight said that “on a specific input by 62RR” of the army “about presence of terrorists in village Amshipora area of district Shopian, an operation was launched” and during the search the “terrorists fired upon army personnel and encounter started”.

“Later on police and CRPF also joined” the operation, the police said in the press statement. “During encounter three unidentified terrorists were killed.”

Police said in the statement that the identification and affiliation of the slain militants was being retrieved and the bodies were “sent to Baramulla for their last rites after conducting medico-legal formalities including collection of their DNA”.

“In case any family claims the killed terrorists to be their kith or kin, they can come forward for their identification and participation in last rites at Baramulla,” the police press release stated.

In the press release, the police also mentioned that a First Information Report (FIR) had been registered and an “investigation has been initiated into the matter”. The police, however, didn't clarify about the investigation in the matter. Moreover, usually the police and paramilitary launch joint operations with the army whenever there is information about the presence of any militant in any area. But in this case, the police had already made it clear that they had joined the operation later.

Meanwhile, the headquarters of 62 RR unit of the army, which carried out the operation, is a stone's throw from the room which the trio had rented in Chowgam village. The distance between this village and the encounter spot is around 10 kilometres.

A photo of three militants taken by the forces was circulated on the social media in Kashmir. In the picture, the three people can be seen lying on the ground, their bodies bloodied and bullet holes visible. The face of one is covered by clothes.

“Someone sent us this picture,” Saleem Ahmed, cousin of 17-year-old Ibrar Ahmed, told News18. “We could clearly identify all the three; two by their faces and the third one by his body,” he said.

Ahmed said the image was seen by a dozen members of the family and all of them could identify them as the relatives who were missing.

The family right now has lodged a missing complaint and also conveyed to the police about the picture being passed off as militants killed in a gunfight.

Both the Indian army and the local police have started probes in the matter.

“We have noted social media inputs linked to the operation at Shopian on July 18, 2020. The three terrorists killed during the operation have not been identified and the bodies were buried based on established protocols. The army is investigating the matter,” he said.

Jammu and Kashmir police also issued a statement about the incident on Tuesday and stated that DNA sampling will be done in the case to ascertain the identity.

“Taking cognisance of the claim by the families and media reports, Shopian Police will examine the claimants and carry out DNA sampling for matching purpose,” the statement read. “Besides identification, Police will also investigate all other aspects as per the law in due course of time.”

Disclaimer:The author is a Kashmir-based journalist
Array ( )
Next Story