One Month On, ATMs Still Reeling Under Demonetisation Blues

Exactly a month later, Network18’s team of reporters covered the length and breadth of the country to get you the most comprehensive reality check on the status of our ATMs.

New Delhi: On November 8, Prime Minister Narendra Modi announced that his government is scrapping Rs 1,000 and Rs 500 notes, replacing them with new Rs 500 and Rs 2,000 notes instead. What followed was an unprecedented shortage of cash, endless bank queues and defunct ATMs.

Exactly a month later, Network18’s team of reporters covered the length and breadth of the country to get you the most comprehensive reality check on the status of our ATMs. Between 5 and 8pm on December 8, we visited over 2,800 ATMs. Here is what we found. 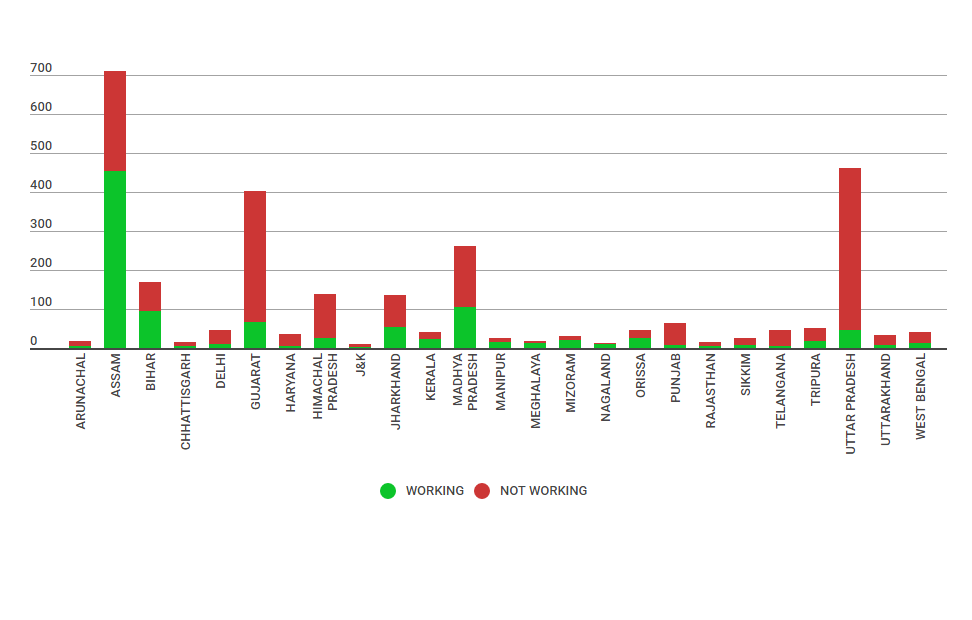 When Rs 1,000 and Rs 500 notes ceased to be legal tender, we were told that the ATMs needed to be recalibrated in order to disburse the new notes which came in sizes different from the discarded ones. A month later, reports suggest that most ATMs across the country have been recalibrated. The government has also given repeated assurances that enough of the new currency notes are available with the banks.

Yet, over 60% of the total number of ATMs visited by Network18’s reporters proved to be non-functional. What explains the data? It is true that ATMs are running out of cash quicker than ever before due to the immense rush post-demonetisation. But is there also a cash crunch faced by the banks, a deficit that the government is unwilling to admit and one that delays the replenishment of the ATMs?

Highlights of the Great ATM Hunt

Demonetisation will play a key part in the election season next year in Uttar Pradesh and Punjab. Let’s take a look at the survey figures from the two big states set to vote in early 2017.

In Uttar Pradesh, Network18’s reporters visited 461 ATMs. Only 45 of them were disbursing cash. More than 90% of the ATMs were not. In Punjab, of the 65 ATMs visited, only eight were working. The percentage of functional ATMs stands at a little over 12%.

Among the metros, Hyderabad fared the worst with only five functional ATMs out of 45 visited.

The Prime Minister’s Lok Sabha constituency hasn’t fared well either. Of the 26 ATMs which we checked in Varanasi, only three were functional.

But there are also places which are bucking the trend. In

Thiruvananthapuram, people were able to withdraw cash from 12 of the 18 ATMs visited. Across Kerala, 24 of 40 ATMs checked were working.

In Assam too, more than 60% of the ATMs visited were able to disburse cash. 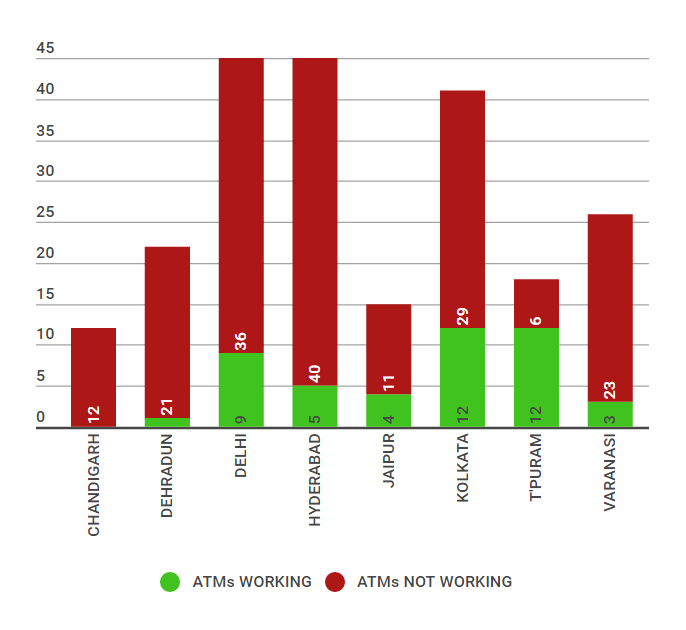 The nationwide figures are as follows: Some would say that given how fast ATMs are running dry, 36% of them working is no mean feat. Others would argue about why they aren’t replenished sooner, and whether a cash crunch the establishment refuses to admit is the reason behind these numbers. One thing that this comprehensive survey affirms is that even a month since demonetisation, there are more ATMs without cash than those with.