Mumbai and its suburbs received overnight rains -- recorded over 12 hours since 8:30 pm on Thursday -- of 54.1 millimetres (mm) and 11.4 mm, respectively. Intense showers are expected to continue through the weekend.

Mumbai and its suburbs woke up to a heavy spell of rain on Friday, causing waterlogging in several low-lying areas as the weather bureau declared active monsoon conditions over north Konkan, including Mumbai, on Friday.

Mumbai and its suburbs received overnight rains -- recorded over 12 hours since 8:30 pm on Thursday -- of 54.1 millimetres (mm) and 11.4 mm, respectively. Intense showers are expected to continue through the weekend.

The India Meteorological Department (IMD) had on Thursday predicted heavy to very heavy rainfall at isolated places in Mumbai and adjoining coastal districts, and issued an orange alert for the next two days. 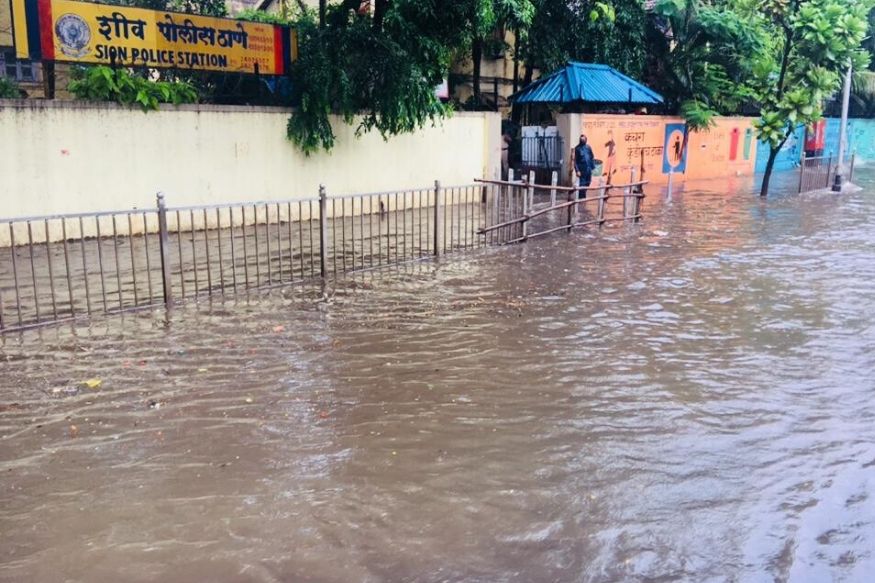 An orange alert implies that authorities should be prepared to handle any situation arising out of severe weather conditions. Ratnagiri district, which bore the brunt of cyclonic storm Nisarga last month, is likely to receive extremely heavy rainfall at isolated places on Friday, while Raigad will receive similar downpour on Saturday, senior director of IMD Mumbai, Shubhangi Bhute, said. "An orange alert has been issued for Friday and Saturday for areas that are likely to witness heavy showers and citizens and authorities in these places will have to stay vigilant," another IMD official said.

In view of the IMD alert, Mumbai Police advised citizens not to venture out of their homes. "#HeavyRainfallAlert. The @Indiametdept has forecasted "heavy to very heavy rain at isolated places" for Fri & Sat for Mumbai. All citizens are advised to remain indoors, not venture out unnecessarily and take necessary precautions. #MumbaiRains," the city police said on its official Twitter handle.