A file image of the Supreme Court of India. (Photo Credit: PTI)

Sameena Begum has requested the court that Section 2 of Muslim Personal Law (Shariat) Application Act, 1937, be declared arbitrary and violation of Constitutional norms. Sameena claims they seek to recognise and validate polygamy and nikah halala.

Debayan Roy
New Delhi: A Muslim woman, who moved the Supreme Court to abolish the practices of nikah halala and polygamy, has alleged that she has faced life threatening attacks from residents and gangsters in Okhla Vihar, where she had tried to rent a house. She says they are “trying to force her to withdraw the case”.

Sameena Begum was first married in 1999 and has two sons. After several instances of abuse and a police complaint, she was given triple talaq. She was forced to marry again by her family, this time to an already married man. After she was pregnant for the third time, she was again given triple talaq over the phone following a trivial argument.

She said she has filed the PIL not only for herself, but also for others who have suffered the same plight.

She requested the court that Section 2 of Muslim Personal Law (Shariat) Application Act, 1937, be declared arbitrary and violation of Articles 14, 15, 21 and 25 of the Constitution. Sameena claims they seek to recognise and validate polygamy and nikah halala. Sameena Begum now faces death threats and is unable to leave her house.

Sameena now runs an organisation known as ‘Mission Talaq’ and has told News18 that she and her counsel were threatened with rape and murder if she refused to withdraw the plea.

“I was asked to pay a rent of Rs 10,000 per month and a brokerage of Rs 3,000 for a house I had seen in Okhla Vihar. I agreed and the elderly owner let it out to me. When I reached there two days ago, several locals gathered there and the son of the owner called me out for filing a PIL in the court to prohibit the practices of nikah halala and polygamy,” said Dr Sameena.

She has further alleged that the men in Okhla Vihar had first attacked her on the evening on June 27 when some men allegedly entered her newly rented apartment and “tore off her clothes” to teach her a lesson.

“All my belongings were thrown back into the tempo. They said Shariat ko apne haathon mein le rahe hai (she has taken Shariat in her own hands). They tore my clothes and said they would burn my child alive and rape me. They asked me to abide by all their diktats and withdraw the PIL,” said the petitioner. 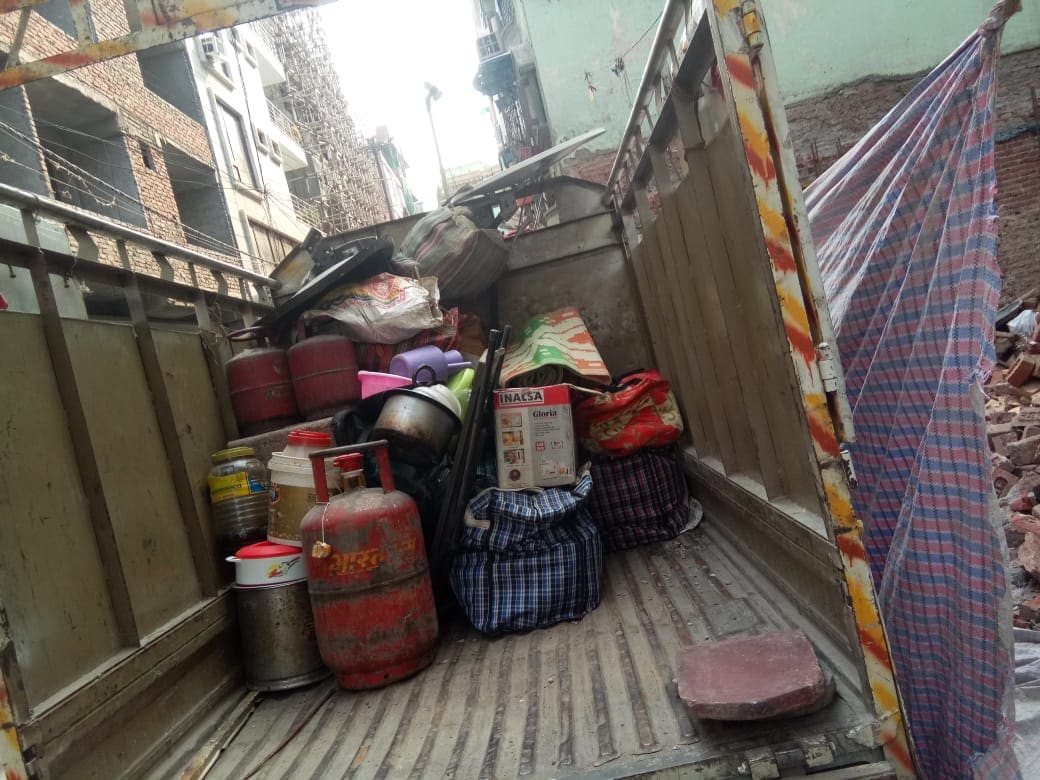 Sameena's belongings lie in a truck after her landlord refused to let her inside the house she had rented.

The plea in SC has also requested the court to ensure that provisions of the Indian Penal Code, 1860, are applicable on all Indian citizens. The plea also sought recognition that "triple talaq is a cruelty under IPC Section 498A, Nikah-Halala is rape under IPC Section 375, polygamy is an offence under Section 494 of the IPC".

"The concept of polygamy was allowed in this verse (Quran) because of utmost concern for the welfare of women and orphans who were left behind in the battle. It is pertinent to mention that by no means it is a general licence to Muslims in present times to marry with more than one woman. Besides it puts onus on them to treat the additional spouses justly, which is admittedly a difficult task," the plea said.

Dr Sameena told News18 that she “was unable to leave her current home in Jasola Vihar for the last two days” as there was a “constant threat to her life.”

“I need security. I could not lodge an FIR as I could not even come out of my home as they were continuously attacking me outside my flat in Jasola,” said Dr Sameena who later visited the DCP office to submit her complaint.

This came soon after News18 reported that the government has now decided to stick to its stand taken in the triple talaq hearing in Supreme Court and would now continue to oppose the practices of nikah halala and polygamy, too.
Tags