As the debate over Triple Talaq heats up with the Centre telling Supreme Court that the practice violates fundamental rights, a Muslim women body has gone a step ahead and demanded a new Muslim Marriage Act on the lines of the Hindu Marriage Act, 1955.

As the debate over Triple Talaq heats up with the Centre telling Supreme Court that the practice violates fundamental rights, a Muslim women body has gone a step ahead and demanded a new Muslim Marriage Act on the lines of the Hindu Marriage Act, 1955.

Shaista Ambar, head of All India Muslim Women Personal Law Board, threw her weight behind Centre’s affidavit last week in the apex court that the concept of Triple Talaq violated fundamental rights. She told News18 that what the community needed was a new Muslim Marriage Act that should be based on Quranic principles of marriage while aligned with the law of the land. Ambar said she had written to the then President of India Pratibha Patil as early as 2009 on the need for such a law.

“The Hindu Marriage Act was passed after due deliberations in the Parliament. A Muslim Marriage Act as defined by Quran, which also has a legislative backing, is something which will benefit the community as a whole. The act can nullify polygamy and prohibit Talaq-e-Biddat (Triple Talaq),” she said. Ambar also rubbished criticism from conservative circles that she was a pawn at the hands of BJP and RSS. “The people who are accusing us of being linked to RSS and BJP are not realizing that it is them who are trying to hide behind their disability and incompetence,” she said.

Ambar’s suggestion for a new Act was rubbished by the All India Muslim Personal Law Board (AIMPLB), a co-litigant in the Triple Talaq case that has been arguing that it is part of Sharia law and is as inevitable part of Islam.

AIMPLB member Zafaryab Jilani said Ambar’s demand was “illusory” in nature. “If the act prohibits polygamy, then how can it be based on the Quran? Moreover, there are varied sects of Muslims in India…how will the law take into account Shia, Sunnis, Ahle Hadees, Hanafi, Hanbali, etc?” he asked. 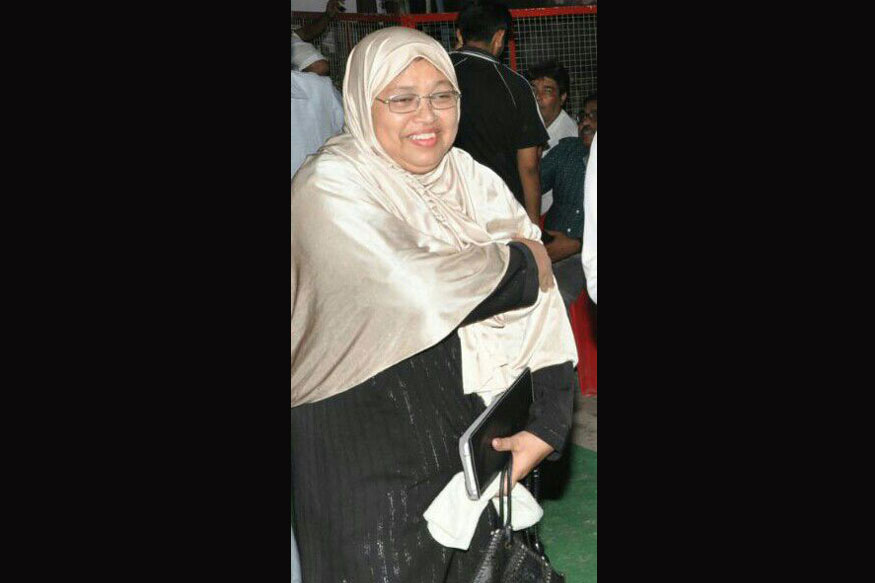 Going into the complexity of the issue, Jilani said the Ahle Hadees sect considered Triple Talaq as one Talaq, whereas the Hanafis considered them as three separate Talaqs. “How will you ever achieve any harmony? This will be a clear violation of our personal laws. The Muslim Personal Law (Shariat) Application Act, 1937 gives Muslims the right to contract marriages and divorces according to the personal laws. What is the need to re-think all of this again?” he asked.

On the Centre’s affidavit last week in the apex court that the concept of Triple Talaq violated fundamental rights, Jilani said the SC itself had laid down in the Madhu Kishwar’s judgment that it has no right to interfere in the personal laws of a community under Article 25 of the Constitution. He said AIMPLB would only attempt to ‘remind’ the court of its earlier stance.

Jilani suggested that the Centre hold a referendum on Triple Talaq. “Ninety per cent of all Muslim women supports Shariat. The Union government can hold a vote on the issue of triple talaq, and see for itself,” he said.

Validity of Triple Talaq, issue of alimony, and the idea of a uniform civil code have been three issues that has been doing politic-legal rounds for decades. While the Triple Talaq issue got a fresh lease of life with the Centre’s affidavit last week, the civil code also came into limelight when the Law Commission put out a questionnaire seeking public comments on the topic.

Ambar’s demand for a new Marriage Act received support from unexpected corners like the Social Democratic Party of India (SDPI), the political outfit of Popular Front of India (PFI), known for its conservative views. Advocate Sharifuddin Ahmed, UP President of SDPI, told News18 that marriage is essentially a contract and every woman can state her intent in the contract itself. “A woman should never give approval for a marriage until these issues are sorted out,” he said.

Nadeem Siddiqui, chief of UP-based All India Muslim Majlis, felt that Muslim women have approached the ‘wrong forum’ to settle their disputes. “This entire ‘tamasha’ is happening at the behest of the ruling government who is gearing up for the next year UP elections. If one believes in Islam, then such disputes would have never arisen,” he said.

His views – in line with AIMPLB and other conservative outfits – were echoed by Mohammad Salim Engineer, Secretary General, Jamaat-E-Islami Hind.

“The sole issue of Triple Talaq has been hyped by the present government to create an atmosphere for the implementation of the Uniform Civil Code. This entire issue has been created to ignite polarization among the communities. We all know that Prime Minister Narendra Modi is hatching a conspiracy here to bring it all up so that a stage for the Uniform Civil Code could be set up. If the government is so worried then what is being done for the people who were lynched at Dadri, or the women who were beaten up for allegedly carrying beef, or the slain Ehsan Jafri?” he asked.

Ambar rubbished allegations that she was acting at the behest of the Centre or any political outfit. She said she was being targeted by the conservative elements for demanding “authentic Islamic justice” which “makes them uncomfortable.”