Last year the pollution levels in Delhi had entered the 'severe plus category' following which the Supreme Court-mandated Environment Pollution Authority declaring a public health emergency.

The images suggest the early start of practice where farmers burn the crop residue once harvest is reaped, a report in Hindustan Times said.

Burning stubble, the leftover crop residue, has been deemed a crime under the Indian Penal Code and the Air and Pollution Control Act of 1981. Despite this, farmers in Punjab and Haryana continue to burn the leftover paddy, a practice that started due to the mechanisation of agriculture and shortage of labour because of lack of viable alternatives.

Data from NASA’s fire information for resource management system shows a progressive increase in detection of fire in farmland areas. 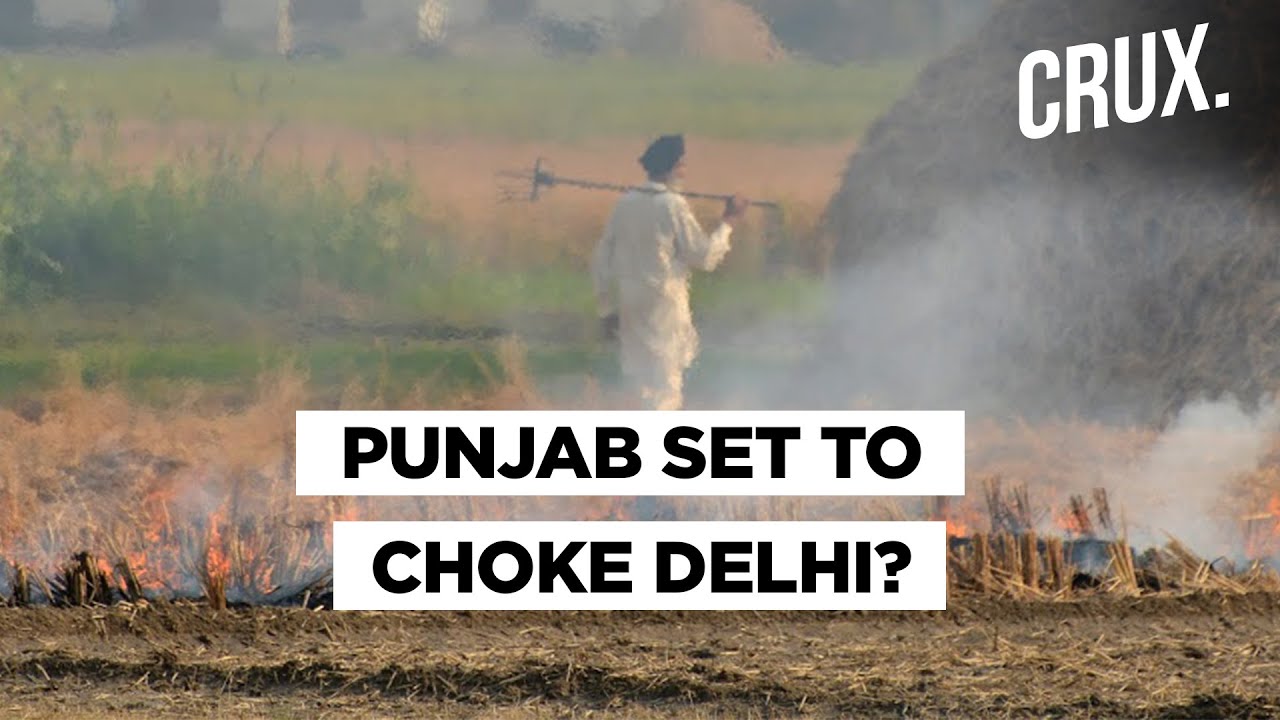 Central Pollution Control Board said that stubble burning contributed significantly to air pollution in Delhi last year with the share of farm fire smoke in particulate matter peaking to 44 per cent in November.

Considered as one of the major causes of pollution in Delhi during winter months, the share of stubble burning from Punjab and Haryana in Delhi's pollution had reached a maximum of 46% last year. The pollution levels had entered the "severe plus" category" following which the Supreme Court-mandated Environment Pollution (Prevention and Control) Authority declaring a public health emergency banning construction activity till November 5.

According to Pawan Gupta, a research scientist at Goddard Earth Sciences Technology and Research, the maximum number of fires, shown as red spots on map is from Amritsar district in Punjab.

“Crop fires in the state of Punjab and Haryana have started appearing in India. This year, we will be supporting satellite air quality data analysis and forecasting through a community forum for better understanding the impact of such fires on local weather and environment,” Gupta told Hindustan Times.

According to the data, in between September 13 and 16, five to seven fires were spotted through satellite monitoring. An official said that they are hoping for lesser cases of stubble burning this year.

Earlier Punjab and Haryana have proposed setting up more custom hiring centres (CHCs) to give farm machinery on rental basis to farmers who cannot afford to purchase the high-end equipment for crop residue management and supplying more balers — a machine used to compress stubble into compact bales.