Jammu and Kashmir Lieutenant Governor Manoj Sinha has clarified that the new land laws being introduced in the Union Territory will not impact agricultural land. Speaking on the sidelines of a press meet, the L-G, when asked about the impact of the new rules, said it was a decision taken to encourage industries.

“I want to say this forcefully and with full responsibility that agricultural land has been kept reserved for farmers; no outsider will come on those lands. The industrial areas that we have defined, we want that like rest of the country, here too industries come so that Jammu & Kashmir also develops and employment is generated,” the L-G said.

The clarification comes after union home ministry issued gazette notification repelling four laws that dealt with land related issues and amended the Jammu and Kashmir development act. In section 2 of the act, sub clause (I), (ii), (iii) and (IV) have been amended. “In clause (da) (a) omit ,” being permanent resident of the state and (b) for 4.5 meters X10 square meter of floor areas of about 50 square meters in case of flattened accomodation,” substitute “as may be prescribed,” the notification stated. 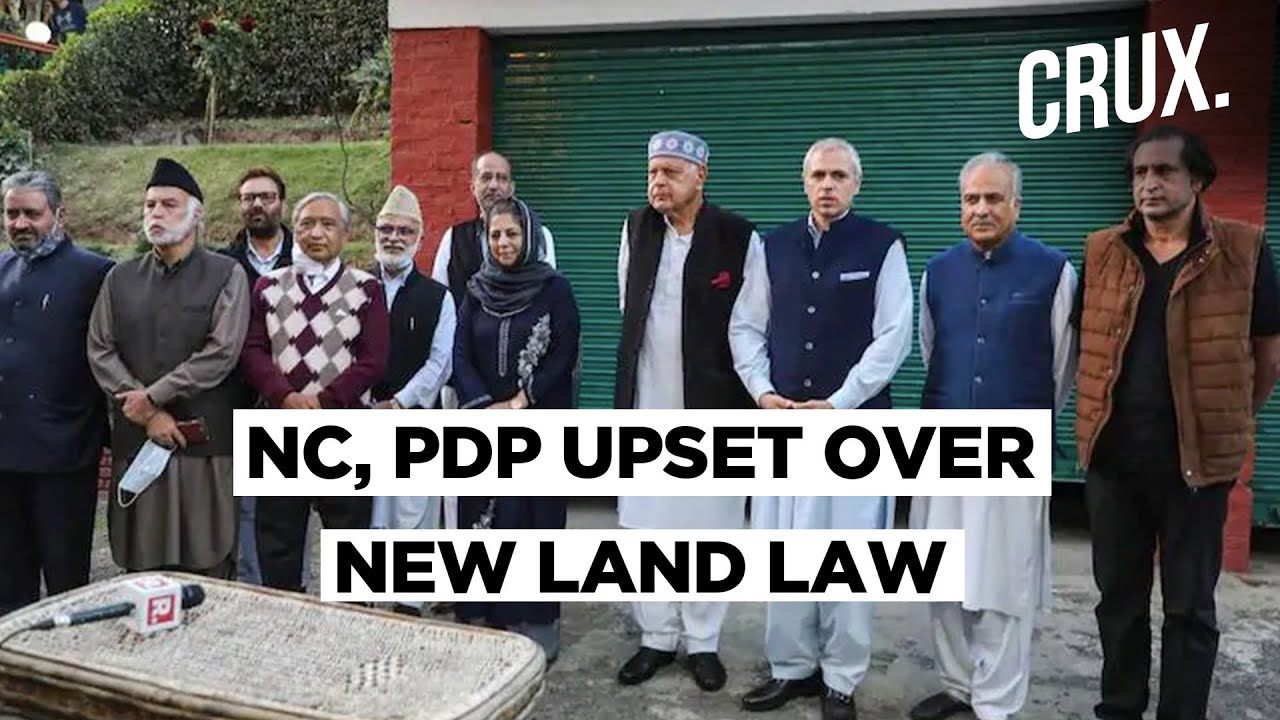 The laws which have been repelled are the J&K Alienation of Land Act, 1995, the J&K Big Land Estates Act, the J&K Common Lands (regulation) Act, 1956 and the J&K Consolidation of Holdings Act, 1962.

Unacceptable amendments to the land ownership laws of J&K. Even the tokenism of domicile has been done away with when purchasing non-agricultural land & transfer of agricultural land has been made easier. J&K is now up for sale & the poorer small land holding owners will suffer.

The notification issued by MHA also said that the government can now, on the written request of an Army officer not below the rank of Corp Commander, declare an area as Strategic Area within a local area, only for direct operational and training requirements of armed forces, which may be excluded from the operation of this Act and rules and regulations made there under in the manner and to the extent.

The government also can allow transfer of land in favour of a person or an institution for the purpose of promotion of healthcare or senior secondary or higher or specialised education after the new notification.