Here are some important reports from the biggest newspapers of India.

Here are some important reports from the biggest newspapers of India.

It was a WhatsApp message on Monday morning that alerted Tina Dabi about the existence of more than 35 fake pages and profiles under her name on Facebook, a report in the Indian Express daily said. Each had photos of the 22-year-old UPSC exam topper posing with her parents or with Chief Minister Arvind Kejriwal, or giving an interview to a news channel. They also had quotes that were falsely attributed to her. One status on a fake profile said, "Dear obstacle, I will destroy you…".

A distressed Dabi says over the phone, "It's very creepy. I never said these things about hard work or dedication. These profiles are quoting someone else and attributing it to me. In future, they may do something worse."

In a rare order, the Supreme Court has issued a bailable warrant against the chief of the Central Pollution Control Board (CPCB) after he did not show up to explain steps taken for preventing death of workers due to silicosis, a lung disease caused by inhalation of dust containing silica. The report was published in the Indian Express daily 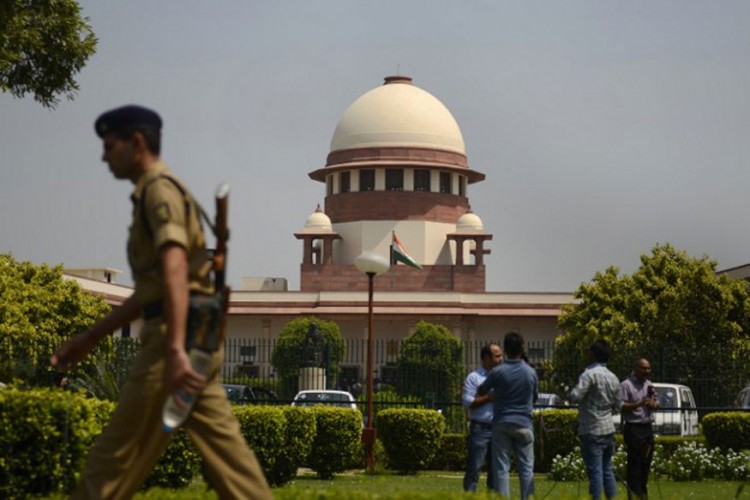 The top court has also directed the Gujarat government to release more than Rs 7 crore as compensation to the families of 238 workers who died due to silicosis after working in Godhra’s quartz and stone crushing industries.

3. New BRT corridor in Delhi may not take off anytime soon

A proposal to construct new Bus Rapid Transit (BRT) corridors in the city may not take off anytime soon due to unfavourable reports brought back by the team sent to Bogota, Colombia, to study the corridor’s implementation, a report in the Indian Express daily said.

The Delhi government recently had a video conferencing session with their Bogota counterparts to share their experiences on the BRT. Sources said officials in Bogota cited many problems caused by the BRT in recent years.

Two years ago, Jyoti Gupta topped the Class X exams under the UP Board in Mathura district. This year (2016), it's her son Sahil's turn. And though the 14-year-old trailed his mother - 94% to her 94.6% -the Gupta family isn't complaining.

Jyoti topped the Class 10 exams in 2014 at the age of 34, having dropped out of school after Class VIII due to financial problems, a report in the Times of india daily said.

But she never lost the desire to complete her education. She took up studies again in 2013, joined Class IX as a regular student, and then appeared for the boards in 2014.

Taking a step towards recognising and treating single women as independent entities, the government's draft national policy on women has suggested several enabling factors such as legislation, economic reform and other measures to facilitate the process, a report in the Indian Express daily said.

The women and child development (WCD) ministry under Maneka Gandhi has revised the policy for the first time since 2001. It's likely to address concerns such as taboos that surround single women, including social ostracisation and institutional indifference.

According to the 2011 census data, single women form 21% of India's population and are close to 73 million in number. This includes unmarried, divorced, separated and widowed women.

For Delhi Police personnel, long work hours could soon be a thing of the past if things go according to the plan. In a first-of-its-kind initiative, top cop Alok Verma has formed a committee to study the merits of police reforms and submit a report on the possibility of creating eight or 12-hour shifts for the men in khaki, sources said. The Times of India daily accessed an order issued by the police chief on May 13 in which he has announced the setting up of the panel comprising six officers, including four special commissioners and two DCPs.

Students, on the other hand, fear such entrance exams require cramming. Many departments have now written to Faculty of Social Sciences, seeking a meeting to discuss this policy. Amaan Shreyas is convinced he wouldn't have cleared the 2015 entrance test for MA Sociology at all, if it had been all-MCQs.

"Having only MCQs will be disastrous.It'll limit the test to students who have already studied sociology . The test I wrote was not about how much you know of the discipline but whether you can think critically about social events," said Amaan who graduated in English.

Indu Jakkhar was a doctor about to be posted in a central Delhi hospital. But a series of field trips to villages around Delhi and the plight of patients in district hospitals changed her mind.

Daughter of a policeman, she cracked the civil services examination this year on her second attempt, securing the 30th rank. She now hopes to have a stint with the health ministry and has plans to reform the system.

Jakkhar (24) started preparing for the exams in 2015 after completing her internship, reported the Times of India.

The renaming of Gurgaon to Gurugram is yet to get the nod from the Centre, but Haryana's Bharatiya Janata Party government does not seem to care.

Chief minister Manohar Lal Khattar and some of his colleagues are already using the new name proposed by the state government for the city, despite a social media firestorm against the move. This story was reported by Hindustan Times daily.

10. Builder told to return money with interest for incomplete flat

The National Consumer Disputes Redressal Commission (NCDRC) has ordered a leading realty development firm to refund, along with 18% interest, an amount paid by a buyer for a property booked in 2010 that is yet to be finished.

The top consumer forum’s order came on a petition filed by Delhi-based Aditya Laroria who had bought a flat in the Parsvnath Developers Limited’s Greater Noida project Parsvnath Privilege in October 2010, but had to date not been given possession of the residential unit that he booked, reported the Hindustan Times daily.