These are the top stories we are covering: Five Rafale jets to land in Ambala today; Centre says it does not have the money to pay GST dues to states; and Sushant Singh Rajput's father alleges Rhea Chakraborty got him treated by 'conniving' doctors.

Five Rafale Jets Land in India Today, Here’s How They Compare to China’s J-20, Pak’s JF-17 - The first five of a batch of French Rafale fighter jets will touch down at Haryana's Ambala this afternoon after covering a distance of 7,000 km to join the Indian Air Force fleet. The three single-seat and two twin-seat aircraft will be inducted into the IAF as part of its No. 17 Squadron, also known as the ‘Golden Arrows’, massively boosting air power amid tensions with China and Pakistan. Here is a comparison of the Rafale with its equivalent in the PLA Air Force, the Chengdu J-20, and the China-made JF-17 used by Pakistan. Read Here 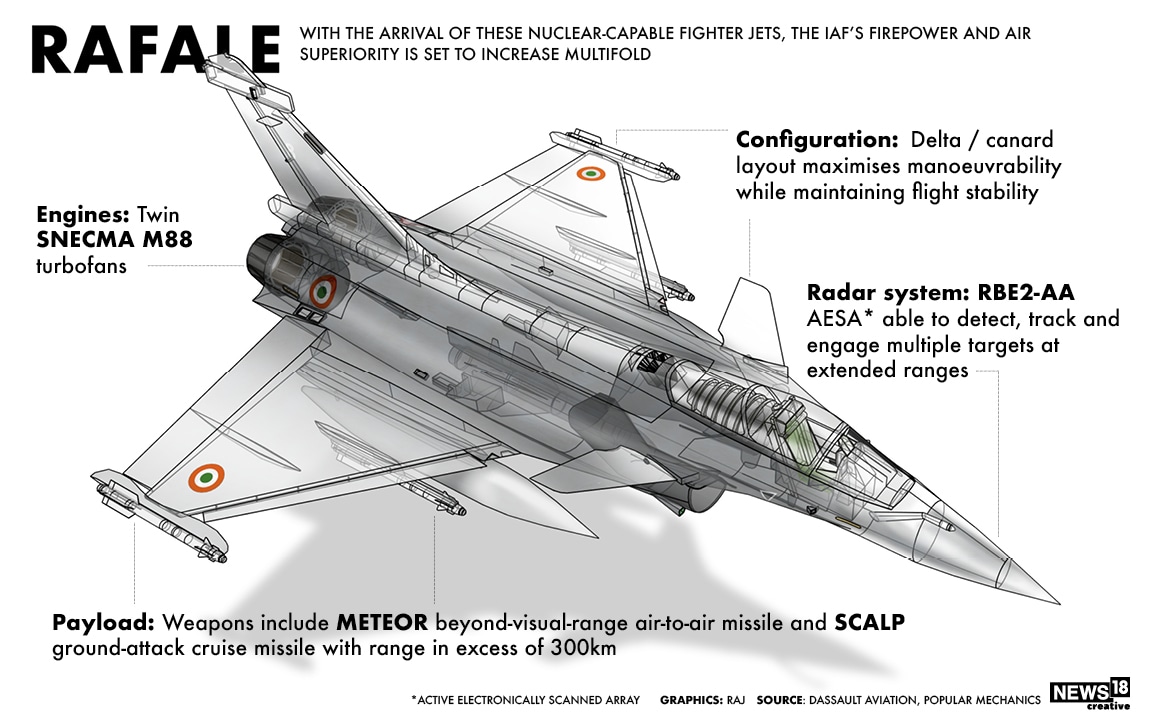 Cash-Strapped Modi Govt in No Position to Pay GST Dues to States - The Centre is said to have told a parliamentary panel that it may not be able to pay the states their share of goods and services tax (GST) compensation in the near future as tax collections have fallen due to the economic slump on account of the Covid-19 pandemic and the subsequent lockdown. Read Here

Pune Sees Surge in Covid-19 Cases Despite Lockdown, Becomes New Hotspot of India - Pune has slowly emerged as the new major coronavirus hotspot in Maharashtra, and India. The city reported 3,196 cases on July 26 - the highest number for any city in India on the day. This came just after the city was put under a strict 10-day lockdown from July 14 to July 23. The city has reported more cases than Mumbai, where a survey found 16% per cent of all residents had contracted coronavirus, for 14 successive days. Read Here

Sushant Singh Rajput's Father Alleges Rhea Chakraborty Got Him Treated By 'Conniving' Doctors - In a surprising twist in Sushant Singh Rajput's death case, the late actor’s father has lodged a police complaint against his rumoured girlfriend Rhea Chakraborty and six others, including her family members, accusing them of abetting the actor's suicide. Rajput’s father has alleged that Chakraborty got the actor treated by some "conniving" doctors for mental illness and has also asked police to probe if Rs 15 crore in a bank account held by Rajput was transferred. Read Here

BJP wants Arundhati Roy’s ‘Anti-National’ Speech Removed from Calicut University Syllabus - The BJP unit in Kerala has demanded the removal of author Arundhati Roy’s speech from a Calicut University textbook for the Bachelor of Arts (English) course, claiming that dissent is brewing among academics and the general public against the inclusion of this speech, which is “anti-national.” Read Here

Alien DNA, Half Humans: What a Doctor Praised by Trump Said About Covid-19, Demons - US President Donald Trump has praised as “spectacular” a doctor who wrongly dismissed the use of face masks to combat coronavirus and promoted hydroxychloroquine as a miracle cure. It turns out Stella Immanuel has a history of making particularly outlandish statements — alien DNA is used in medical treatments, gynecological problems are caused by people dreaming about having sex with demons, and the US government is run by "reptilians." Read Here