News18 at Ukraine Border: A Million Refugees & Counting, the Cost of One War Week

Two-year-old Katy with her mother Natalie at the border crossing at Medyka, Poland. (Maha Siddiqui/News18)

Refugees entering the Medyka border crossing between Ukraine and Poland include children who bear the physical and psychological scars of fleeing a war.

Katy, a two-year-old, made her way into Poland from Ukraine with her mother Natalie. Her chubby cheeks, as was her nose, a bright red due to the cold winds sweeping the border areas in Poland. However, unware of her circumstances, the little girl played around and looked happy on receiving a packet of snacks from volunteers at the border.

Katy crossed the border with her mother, Natalie who said, “It was hard to cross this line.” The reference is to the border crossing at Medyka, Poland where people have had to wait long hours before they were allowed on the Polish side.

Her gaze fixed down at the little girl, Natalie said she has had to leave her family behind, including her husband and brother. “Very soon, we will be together,” she said, trying to hold on to optimism even as she looked helpless in the face of the tragedy she as lakhs of others are facing. For some others like Edina, the wait at the border wasn’t too long. It took her around 40 minutes to cross the Medyka border on Thursday, but time was of little consequence when the price was as high as leaving her country. She said that she had dropped her children a few days ago in Poland and had gone back to Kyiv, because “they needed me”.

She made her way back to Poland as the situation in Kyiv worsened. Edina held on to a bunch of flowers by a friend in Kyiv just as carefully as she held her passport. As she spoke to this reporter on camera, Edina suddenly broke down and, wiping away her tears, said, “All I want to say is, stop it.”

While some have been able to express their distress in tears, others haven’t. This includes the children. An Israeli nurse who was volunteering at the medical camp said that the children require both “blankets and comforting”. A medical camp for refugees at the Medyka border crossing between Ukraine and Poland. (Maha Siddiqui/News18)

Since Sunday, they have seen more than 100 patients apart from helping babies get some warmth to prevent hypothermia, which she said has been seen in many. She added that people were reaching the border with “physical injuries”, which needs immediate attention too.

Like her, there are other volunteers to help children cope with trauma. A young girl stood with soft toys and little teddy bears to cheer up the children. A German volunteer was handing out sandwiches to those crossing the border. 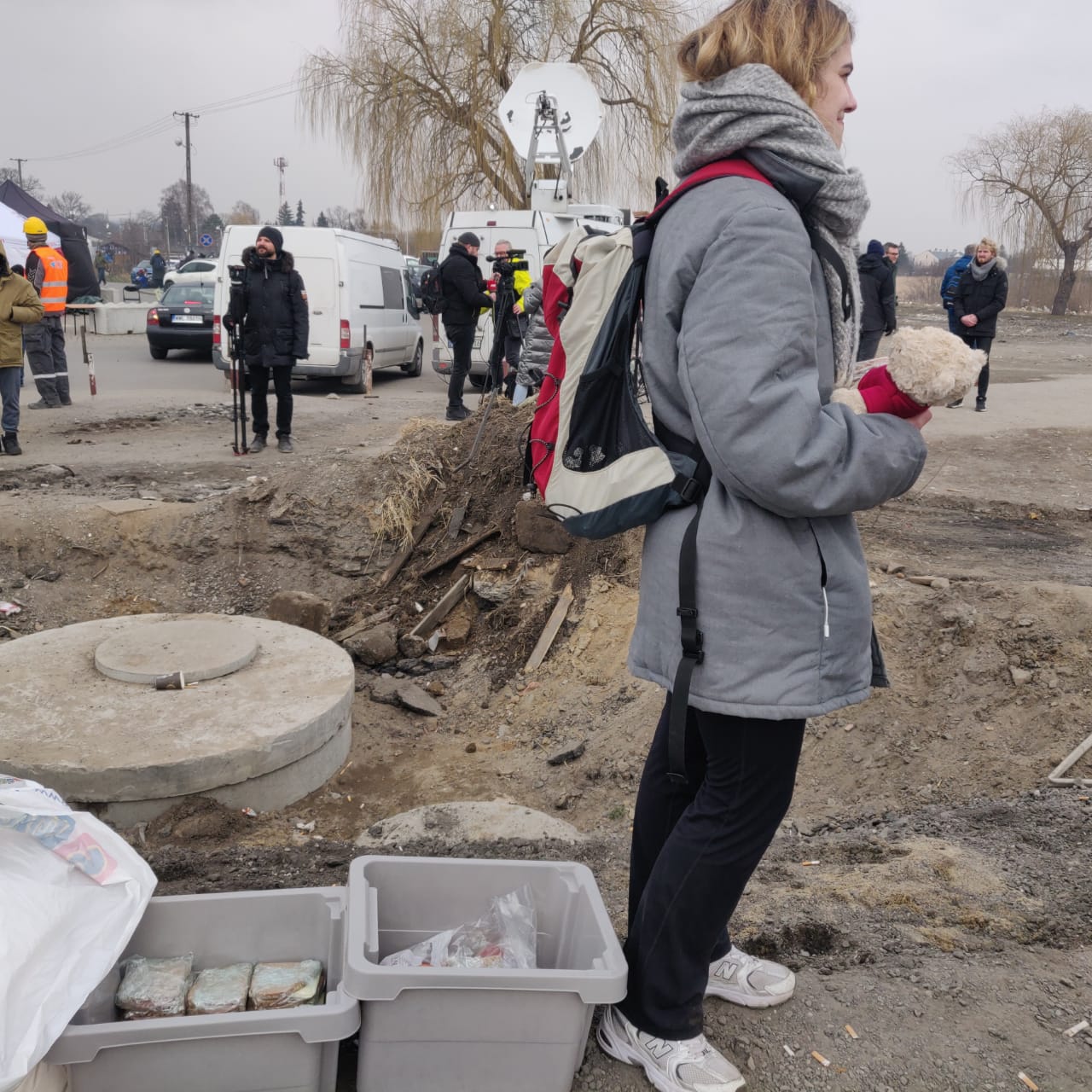 Volunteers stand with soft toys and sandwiches for refugees at the Medyka border crossing between Ukraine and Poland. (Maha Siddiqui/News18)

Steven Schuster also said that his wife was witness to discrimination against people of colour trying to cross the border. He said she saw they were being pushed to the back of the queues.

Poland has seen the maximum influx of refugees. So far, as per a UNHRC data, close to 5.5 lakh Ukranians have fled to Poland through border crossings at Medyka, Budomeirz and Krakoweic. The data compiled from February 24 till March 3 puts the figure of total refugees above 1 lakh.