News18.com Daybreak | Oscars Night; BJP's Tripura Feat and Other Stories You May Have Missed

Sam Rockwell has picked up the Best Supporting Actor for his portrayal as a racist cop in Three Billboards Outside Ebbing, Missouri.

Here's a look at the other nominations. National People’s Party president Conrad Sangma is set to become the next chief minister of Meghalaya after forming a coalition with the BJP, and two regional parties. Sangma met Governor Ganga Prasad and staked claim to form the government in the state with the support of 34 MLAs in the 60-member Assembly. The oath-taking ceremony is likely to take place on Tuesday morning. 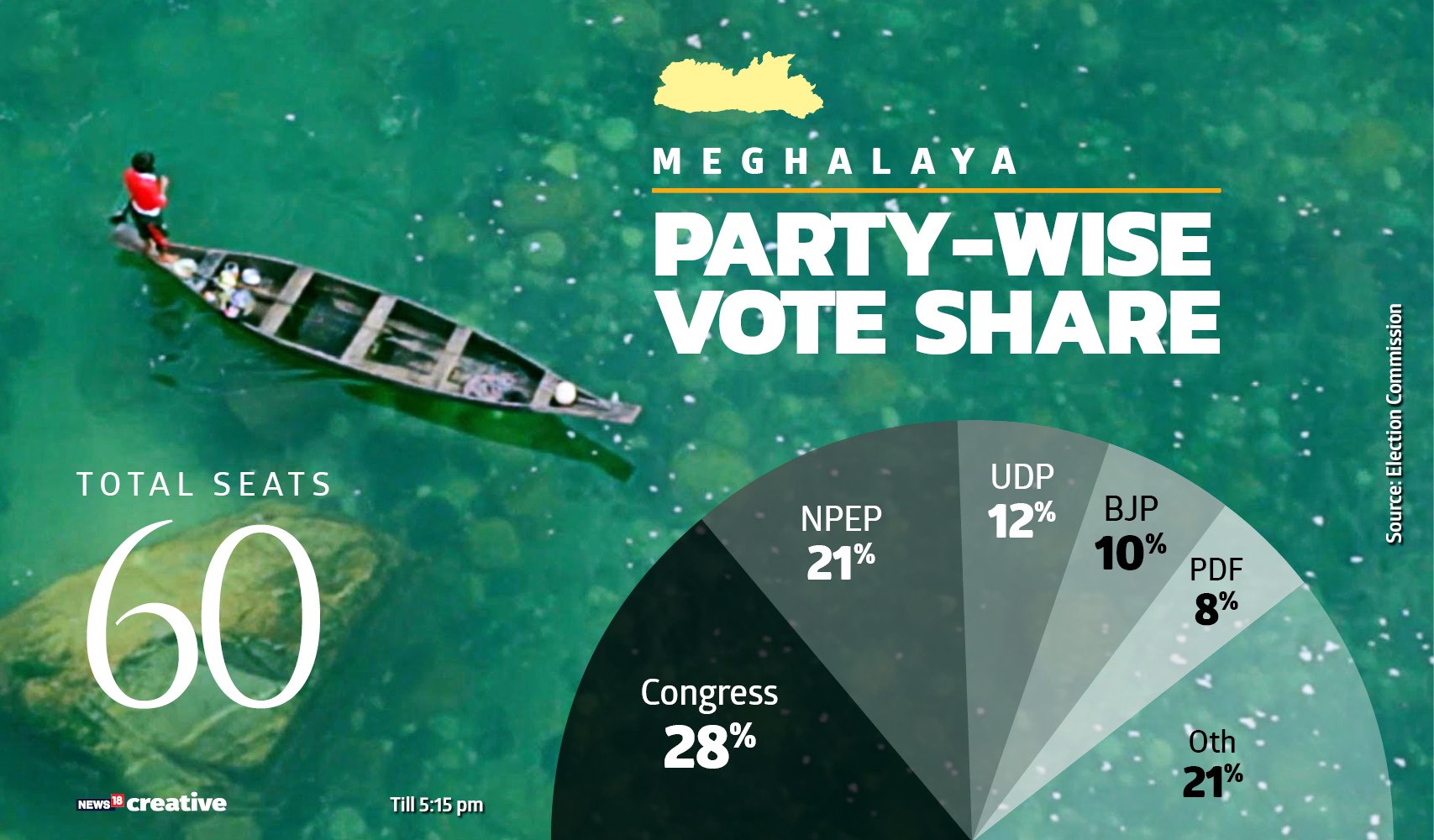 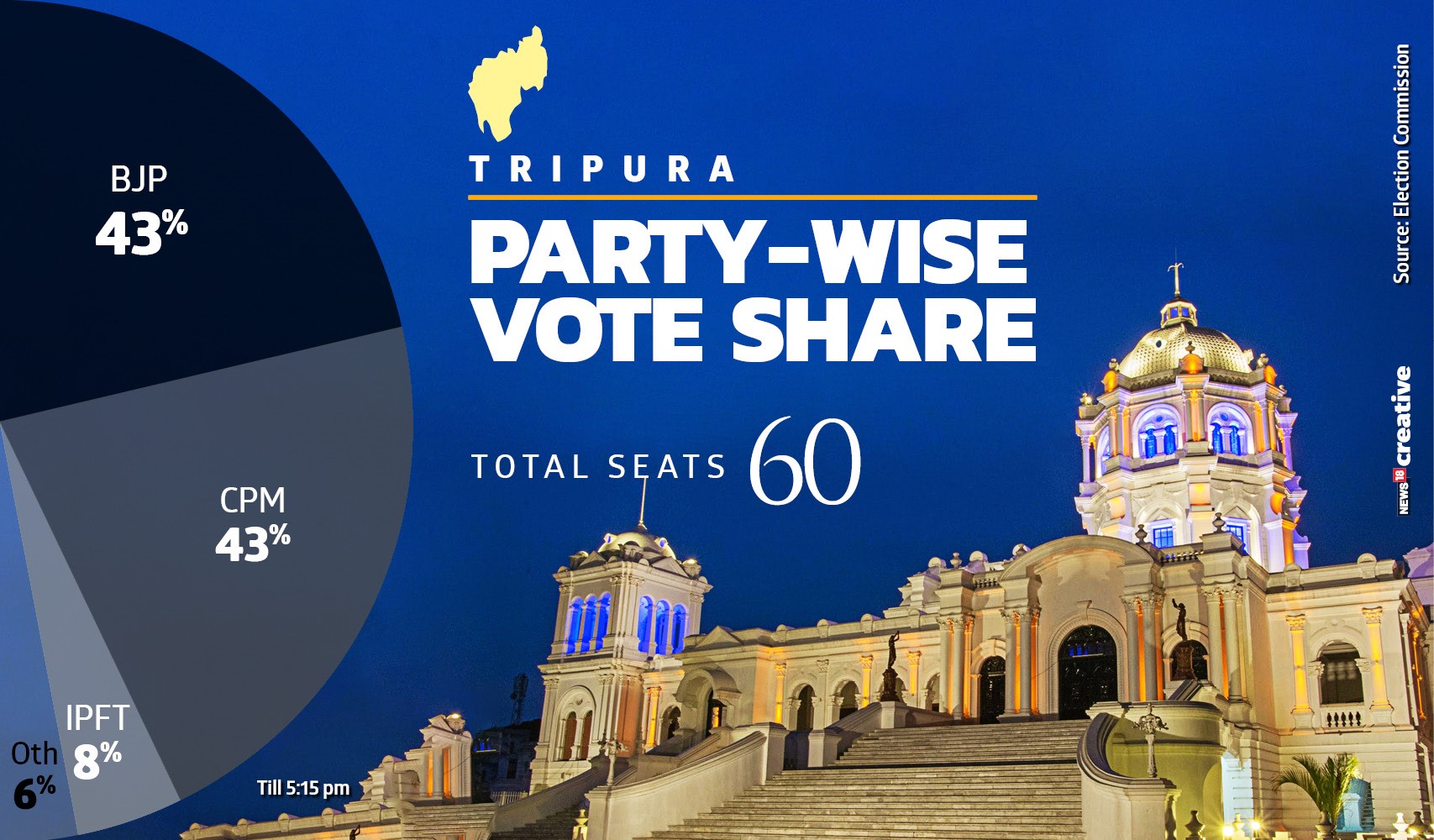 Soon after AIMIM’s Asaduddin Owaisi welcomed Telangana CM K Chandrashekhar Rao’s idea of a ‘Third Front’, West Bengal CM Mamata Banerjee dialed KCR and pledged complete support. According to sources, Banerjee agreed with KCR that there is a necessity for “qualitative change in the country’s politics”.

A committee of the Delhi Assembly accused Chief Secretary Anshu Prakash of "lying" before the Delhi High Court with regard to a breach of privilege notice issued to him for allegedly skipping a meeting called by the panel.

Four people, including a militant, were killed in a firing incident in Shopian on Sunday night after some militants started firing at an Army vehicle near Pohan in Shopian. The forces retaliated with more firing, resulting in four persons being killed. The retaliatory firing killed a militant identified as Shahid Ahmad Dar, a resident of Jamnagri in Shopian. However, three others were also killed in the firing, who the Army says were accomplices of Dar, but locals denied the allegation saying the three were civilians.

The Bahujan Samaj Party has announced its decision to extend its support to the Samajwadi Party candidates in the Phulpur and Gorakhpur byelections, hours after News18 first reported about the possibility of an alliance between the long-term rivals. The move is aimed at gaining backgrounds lost to the BJP after the 2017 Assembly elections.

An internal debate in the CPI(M) on the political line the party has to follow has become even more shrill after its crushing defeat in Tripura, with the camp supporting general secretary Sitaram Yechury blaming the former party boss Prakash Karat for not adapting to changing scenarios in the country. The incumbent Left government, in power in the state for 25 years, was routed by the BJP that earlier had less than a 2 per cent vote share in Tripura.

Meanwhile, the results have increased the clamour within the party for an "adjustment" with the Congress, ahead of a crucial party meet next month.

Outgoing Tripura CM Manik Sarkar brushed off questions about the results and when asked about his role and responsibility under the new government, said, “My work will not be confined to Tripura alone. I will continue to work for the poorest of the poor. I will continue to raise issues which would enable the poor in Tripura to stand on their feet.” Here’s his interview with News18.com.

Neiphiu Rio has the majority and should form the government, Nagaland Governor P B Acharya said after a meeting with the NDPP leader, who claimed he has the support of 32 MLAs in the 60-member Assembly. Acharya said he has asked Rio to submit signatures of all the 32 MLAs supporting him by Monday.

Krishna Kumari Kolhi from Pakistan's Sindh province has become the first-ever Hindu Dalit woman Senator in the Muslim-majority country. Kolhi, 39, from Thar is a member of Bilawal Bhutto Zardari-led Pakistan Peoples Party (PPP). She won the election for the reserved seat for women from Sindh province.

Karti Chidambaram was taken to the Byculla prison in Mumbai and confronted with Indrani Mukerjea as part of the CBI's probe into the INX Media case. According to Indrani, Karti had demanded one million USD for Foreign Investment Promotion Board clearance to INX Media, but she had paid 7 lakh USD. Indrani levelled the allegation in presence of Karti, who later denied it and told the CBI that he never received any payments for any clearance.

Signing a range of memorandum of understanding (MoUs), Prime Minister Narendra Modi and Vietnamese President Tran Dai Quang cemented India’s Act East policy on the concluding day of Quang’s three-day visit. Both nations inked three agreements, including one on nuclear cooperation. They also resolved to work on an open Indo-Pacific region, considered among the highly globalised areas as of now.

The Narcotics Control Bureau in Kolkata seized psychotropic substances, including ecstacy, LSD blots and magic mushrooms from a house in Kolkata and arrested three people in connection with the drug haul. Deep Chakraborty, son of a well-known restaurateur and celebrity chef and Vivek Sharma, son of a Kolkata-based industrialist were among the three who were arrested on Saturday.

Out of Left hangover, will a BJP-led Tripura roll out red carpet for industries? The BJP during its campaign had made several promises to revive the economy, including one job opportunity to every family through reviving and establishing industries, promoting IT industry and bringing foreign and domestic investors.

The Special Investigation Team (SIT) probing the Gauri Lankesh murder has been working with its entire focus on just this one case for the last five months. But while the main perpetrators of the murder themselves are at large, the team has been able to solve (and in at least one case, prevent) other crimes, thanks to its crackdown on the arms traders. While on the track of where the guns and ammunition for the Lankesh killing came from, the police had questioned a gun-runner in December, who later led investigators to a ‘supari’ contract killer Shashidhar Mundewari. But with leads not pointing to any role in the Lankesh murder, cases were handed over to the Crime Branch in the city. Deepa Balakrishnan writes on the trails that didn't lead to Gauri Lankesh's killers, but helped check other crimes.
(Get a fresh dose of the news that matters, delivered directly to your inbox, every morning. The perfect way, to get you started and informed, for the day ahead. Subscribe to News18 Daybreak here.)