News18 Daybreak | BJP's Growing Footprint in Kashmir, Kanhaiya Kumar's 2019 Plans and Other Stories You May Have Missed

What is more surprising than the silent and continuing rise of the BJP as an independent political force in Kashmir are the stories of its members. What made a local Kashmiri salute the Tricolour hoisted by Murli Manohar Joshi at Lal Chowk in 1992, rub shoulders with a little-known RSS pracharak who would later go on to become the Prime Minister? What drove a policeman, during the peak of militancy in 1990s in Kashmir to leave his job and join the most hated political party in Kashmir, the BJP, at the risk of losing his life? Why, after repeated attempts on his life, one of which nearly killed him, has a Kashmiri Muslim continued proclaiming his devotion to the BJP? Meet the Kashmiris handpicked by PM Narendra Modi in 1992 and other BJP faces braving the odds in the Valley. Kanhaiya Kumar, the former president of the Jawaharlal Nehru University Student Union (JNUSU), is set to contest the 2019 Lok Sabha elections from Begusarai in Bihar. Kumar will reportedly contest against the ruling JD(U)-BJP combine on a CPI ticket and it is expected that he will receive support from the Rashtriya Janata Dal (RJD) and the Congress.

It is improbable that outgoing Chief Justice of India Dipak Misra will make more recommendations for appointment of judges in the Supreme Court. During his tenure as the CJI, the Collegium, headed by Justice Misra, had the occasion to make recommendations to the government for appointment of 10 judges — an opportunity that did not come up for many of his predecessors.

Do currency notes spread deadly diseases? Arun Jaitley gets a request for an investigation.

The Congress attacked the Modi government over the FIR against Robert Vadra and former Haryana chief minister Bhupinder Singh Hooda for alleged irregularities in land deals and said it was an attempt to divert attention from issues like Rafale agreement and demonetisation.

Former AAP leader and a veteran journalist Ashutosh writes that the Atishi surname episode has shown how caste has cast its stranglehold on politics. "Caste is the sad reality of Indian polity. There seems to be no respite. So to cast aspersions on one individual or one party would not be right. Everyone is equally responsible. Let’s hope that with the spread of urbanisation and industrialisation, this malaise will get obliterated but there is no knowing how long that will take," he writes. 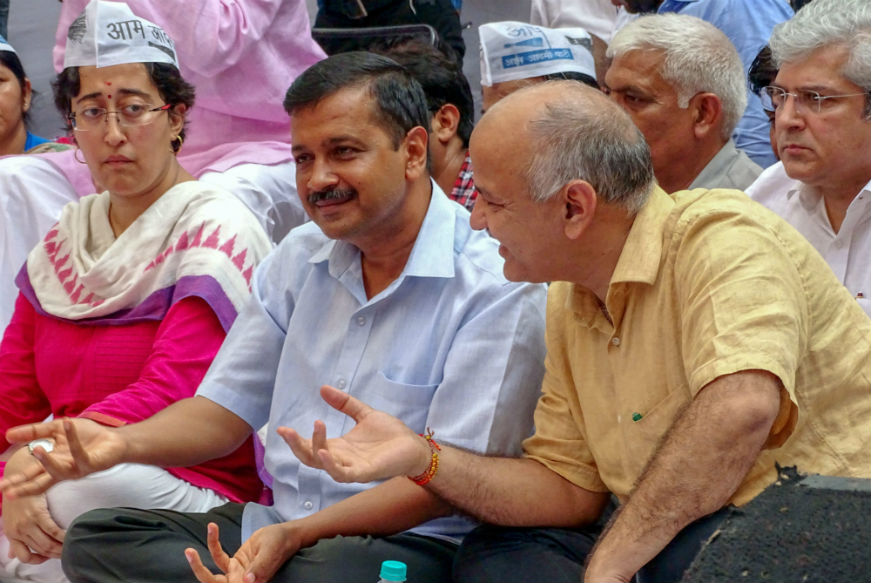 There was once a time, long before the unpopular term ‘Urban Naxalism’ was floated, when one young man who devoted himself to the cause of nationalism, working for the weakest sections of our nation, was rewarded with a similar sobriquet. He was called India’s first ‘Urban Terrorist’ and his name was Ram Narayan Kumar. "Just as terrorism was earlier branded into urban and rural phenomena, Naxalism too has been segregated into urban and rural regions. In the same way that police have ‘arrested innocent, educated and economically sound Muslim youths by drawing fictitious links between them and acts of terrorism’, efforts have been made with the help of media to carry out something similar in case of ‘Urban Naxals'," writes Anil Chamadia.

We visited the Delhi Stationery Fair 2018, being held at Pragati Maidan, in an attempt to decode the madness that stationery hoarding is.