News18 Daybreak | Bulandshahr Violence, Arun Jaitley on GDP and Other Stories You May Have Missed

A screengrab from the video showing the mob going on the rampage in Bulandshahr.

Bulandshahr violence: The Bajrang Dal on Wednesday asked its Bulandshahr convenor Yogesh Raj, the main accused in the mob violence here which left two people dead, to surrender before police and said it believed he is innocent. The right-wing group also demanded a probe into the incident by the CBI, saying the police themselves were the complainant.

Bad taste: New York Magazine's The Cut received a lot of flak after it published an article, headlined "Is Priyanka Chopra and Nick Jonas’s Love for Real?" The piece started by calling Chopra a 'scam artist' who allegedly tricked a naive and young Jonas into a lifelong commitment when all he really wanted was a fling. The article was taken down after widespread criticism for the deliberate poor light in which the actor was portrayed. 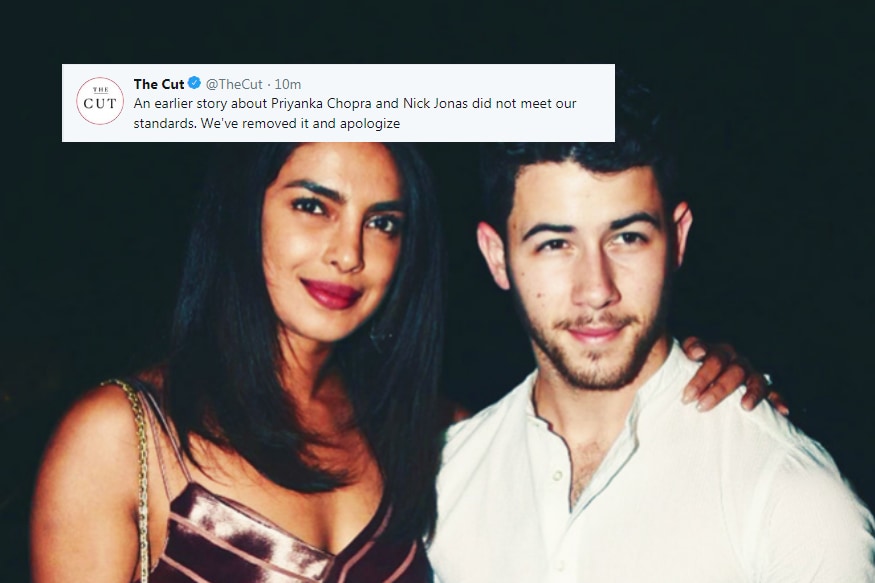 Horrific footage: Almost 500 men hurling stones and chanting “maro maro (attack)” are seen running down the street during the mob violence in Bulandshahr on Monday that resulted in the death of a policeman and a youth. The incident took place after allegations of cow slaughter flared up a clash between the villagers and the cops.

AugustaWestland case: Did AgustaWestland accused Christian Michel take a 12 million Euro cut in his commission so that the "Family" can be paid in full? The Central Bureau of Investigation wants him to answer this. The CBI will confront Michel with a 08.05.2011 agreement between him and European middleman Guido Haschke, which says that "Christian James Michel agreed to reduce the amount (his commission) to 30 million Euros from the originally agreed upon 42 million Euros for the 'team' to honour the commission to the 'family' in full."

Jaitley speaks: While the Congress slammed the ruling National Democratic Alliance (NDA) for twisting gross domestic production (GDP) calculations and demolishing almost all democratic institutions for political benefits, finance minister and senior BJP leader Arun Jaitley dismissed all such allegations and said that opposition parties are resorting to comments which do not corroborate on the ground as well as defy logic. Read the exclusive interview only on News18.

Expansion delayed: It’s bad news for those MLAs hoping to get plum cabinet berths in the Karnataka government as the co-ordination and monitoring committee has decided to push cabinet expansion plans post December 22.

Owing their relevance largely to strong and irrefutable familial affiliations, Jammu and Kashmir’s four powerful dynastic families are engaged in serious verbal altercation blaming one another for being the dynasts. Four political families of the Kashmir Valley—the Abdullahs, Muftis, Lones and Ansaris—are trying hard to prove to each other that they have risen on Kashmir’s political landscape without a godfather. Gowhar Geelani writes that the war of words among Kashmir’s four dynastic families is expected to intensify as the Assembly elections inch closer in Jammu and Kashmir.​

A violent clash between the police and villagers of Mahaw on Monday after a mob turned violent in an alleged case of illegal slaughtering of cattle, resulted in the death of station house officer (SHO) Subodh Kumar Singh, 47, and a youngster. The family of the cop Subodh Singh's has alleged that he was killed because he was investigating the Dadri lynching case. My father continued his investigation despite getting multiple threats. As election is on the head political parties have started blame game over the death of the cop.