What is it that the Congress chief and Goa CM are fighting about?

The last two days saw several back and forths between Rahul Gandhi and Manohar Parrikar over the issue of the Rafale deal after the Congress chief paid a surprise visit to the ailing Goa CM on Tuesday.

Rahul Gandhi’s visit came a day after his party reiteratated claims that the Chief Minister was in possession of "explosive secrets" pertaining to the Rafale jet deal.

He said, she said: Soon after the meeting, Rahul Gandhi claimed that former defence minister had nothing to do with the 'new deal' negotiated by Prime Minister Narendra Modi.

The Goa Chief Minister in a letter retorted by saying that he “felt left down” by the Congress president for using the personal visit to rally for political points.

Rahul Gandhi responded to the letter with another letter in which he claimed that he had not shared details of his conversation with the Goa CM and whatever was said had already been out in the in the public domain.

But, what is this Rafale deal that they are talking about?

Background: In 2007, the Indian government under the Congress-led United Progressive Alliance planned to replenish India’s MiG 21 squadrons that were heading to obsolescence with a new fighter jet. It put out a tender for 126 aircraft with Dassault Aviation’s Rafale.

Then in 2015, the Modi government backtracked on their earlier agreement and announced that India would be buying 36 Rafale jets instead of 126. According to this new agreement all 36 jets would be imported unlike the previous deal wherein 18 planes would be built in France and 108 in India.

Controversies amok: Criticisms against the new agreement first came from a Bharatiya Janata Party leader itself – Subramanian Swamy who called the deal “corrupt”. The Congress also initially criticized the deal, since the Modi government had made it clear that the new deal would not include any arrangement with Hindustan Aeronautics Limited, the public sector firm that is the only Indian organisation with experience building aircraft.

The matter then really blew up when former French President Francois Hollande told a news organisation that the Modi government had proposed Anil Ambani’s group during negotiation – even though the official line is that Dassault was free to pick its Indian partner.

What next: Tomorrow’s budget session is expected to be a turning point in this controversy especially with the expected reveal of the Comptroller and Auditor General report on the Rafale deal. Sources have however said that the pricing details, which the Congress have repeatedly asked the Centre to disclose, will be redacted from this report.

Jind bypoll results out today, fates of 21 candidates to be sealed

The fates of the 21 candidates contesting in the Jind bypolls will be sealed today with the announcement of the results. The by-elections, which were necessitated following the death of Indian National Lok Dal MLA Hari Chan Middha, is being seen as a litmus test for the upcoming Lok Sabha polls. All major parties including the BJP and Congress have fielded their candidates.

Meanwhile, the Aam Admi Party caught everyone’s attention when they decided to align with Jananayak Janata Party,formed by Digvijay Chautala after he broke away from INLD. 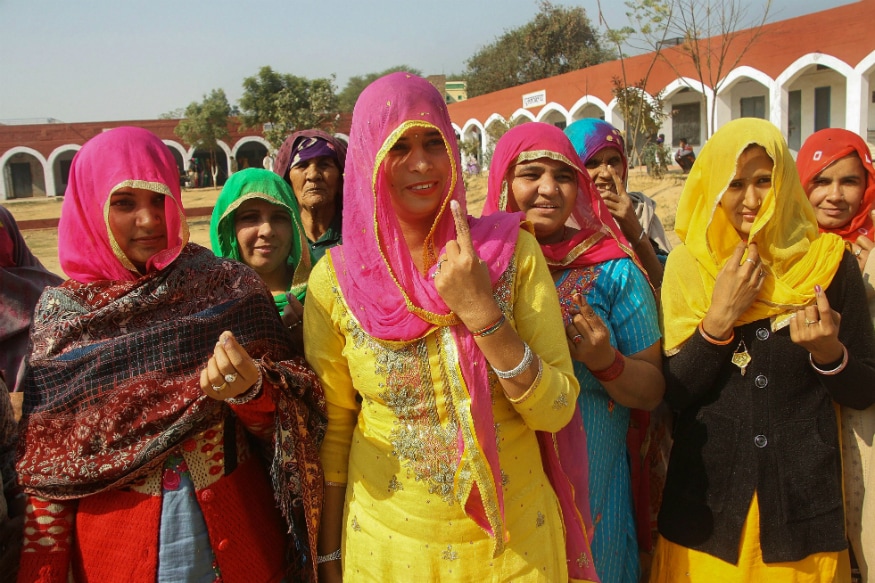 The controversy around the former CEO Chanda Kochhar continues with ICICI Bank indicting her of violating the bank’s code of conduct. Justice (Retd) BN Srikrishna, who submitted the enquiry report on Wednesday, concluded that there was lack of diligence with respect to annual disclosures and violation of code of conduct, on her part. Kochhar, who was on leave from June and finally resigned in October, responded to the report in a statement saying, “"I am utterly disappointed, hurt and shocked by the decision."

On January 24, Chanda Kochhar, her husband Deepak Kochhar and Videocon Group MD Venugopal Dhoot were booked by the Central Bureau of Investigation over charges of criminal conspiracy and cheating in a case linked to alleged irregularities in loans.

On Tuesday with the resignations of acting chairman P C Mohanan and independent member J V Meenakshi , the India’s National Statistical Commission (NSC) officially ceased to exist. “We were not being taken seriously,” Mohanan told News18 when asked about the reasons for his resignation. According to him, National Sample Survey Office (NSSO) report on jobs post demonetisation was approved of by the commission but never saw the light of the day.

The former chairman also alleged that the NSC was not consulted before releasing the back series data on GDP. The back series data had revised the GDP growth rates during the UPA years downwards, which initiated a political slugfest with both ruling party BJP and Congress harping that their methodology was better than the other. Read News18.com's interview with P C Mohanan here.

In a major breakthrough in the AgustaWestland VVIP Chopper Scandal, two of the accused - lobbyist Deepak Talwar and businessman Rajeev Saxena were extradited to India on Wednesday. The Dubai-based businessman and corporate aviation lobbyist were deported to India from Dubai and are expected to be handed over to the Enforcement Directorate (ED).

Last year, another co-accused and alleged middleman in this case, British national Christian James Michel was extradited from Dubai to India (in December last year) and is currently in judicial custody. The controversy over the buying of 12 AgustaWestland helicopter came to light when it was revealed that AugustaWestland’s executive - Italian businessman Giuseppe Orsi, in association with several other ‘middlemen’, had bribed several Indian politicians, bureaucrats and Indian Air Force officials.

Strong possibility of communal violence ahead of 2019 polls in India, says US Intelligence Director

The US Intelligence Director Dan Coats told the Senate Select Committee on Wednesday that there is a strong possibility of communal violence in India if the ruling BJP stresses on Hindu nationalist themes ahead of the general election in May. The comment was a part of US’ assessment of worldwide threats which was presented to the powerful committee by US National Intelligence Director – Dan Coats. "BJP policies during Modi's first term have deepened communal tensions in some BJP-governed states, and Hindu nationalist state leaders might view a Hindu-nationalist campaign as a signal to incite low-level violence to animate their supporters," Coats said in his written statement. The assessment also predicted that militant groups supported by Pakistan will continue to conduct terrorist attacks in both India and Afghanistan and the continued growth and development of Pakistan and India's nuclear weapons programmes posed increasing risk to the security of South Asia. 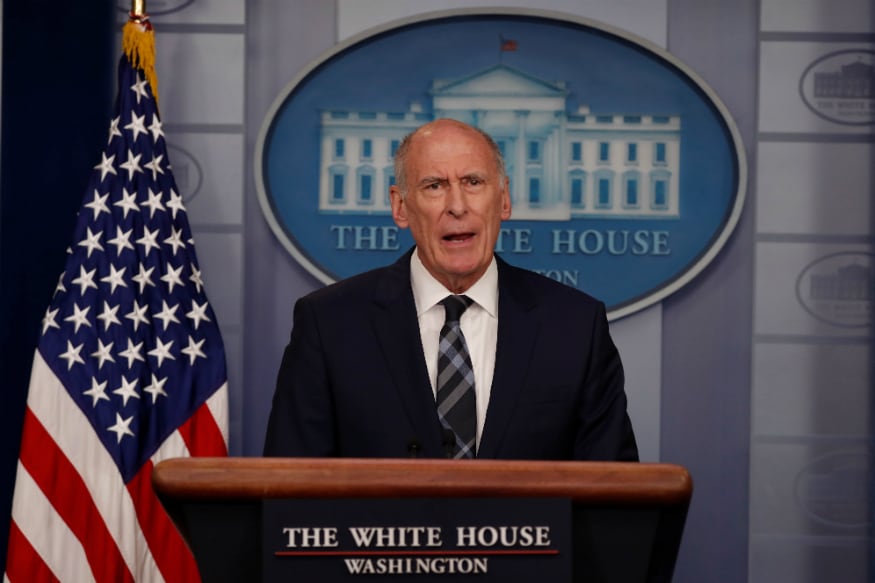 Special Report: How two dharam sansads at Kumbh are trying to outdo each other

This year’s Kumbh mela saw many firsts amongst which was the two presence of religious conclaves conducted by the Param Dharam Sansad and the Vishwa Hindu Parishad. While both sides represent the aspirations of millions of Hindus, a big fissure between the two groups that they refused to reconcile over, was the issue around the Ram Mandir.

On Wednesday, PSD concluded its conclave with the promise that the foundation stone of the Ram Temple in Ayodhya will be laid on February 21st. “They (the government) are planning to construct a statue by taking possession of the land around Ram Janmbhoomi and not the 0.3 acres of the disputed land,” Swami Swaroopanand, who was presiding over the meeting, commented on the Centre’s latest move to restore land around the disputed Ram Janmabhoomi-Babri Masjid site.

The VHP however contested the criticisms, about their supposed lackluster approach to the building of the temple, saying that the movement had reached new heights because of them. Read Suhas Munshi’s report here.

Chandrababu Naidu forms committee to press for Andhra's Special Status, will sit on Dharna in Delhi on Feb 11

Andhra Pradesh CM Chandrababu Naidu has formed a Joint Action Committee(JAC) to pressurize the Centre on promises that had been made during the state bifurcation act. One of the JAC’s demands is the accordance of Special Category Status to the state and implementation of the provisions of the AP State Reorganisation Act. The Chief Minister has called for protests from February 1-13, including a silent protest in Thursday’s budget

From cash transfer for farmers to tax relief for the middle class, there has been much speculation about the populist measures the government may announce on February 1. Are populist schemes more about optics and agenda setting than real development?