Three days after crisis erupted in the Karnataka government over the alleged poaching attempts by the BJP, Congress Legislature Party members will be meeting today. CLP leader Siddaramaiah has issued a whip to all Congress MLAs to be present in the meeting. In the past two days, the Congress leaders who had allegedly been in a resort in Mumbai, the supposed epicenter of BJP’s ‘Operation Lotus’, made their appearances refuting allegations of poaching. Meanwhile, Karnataka CM Kumaraswamy lamented over the ongoing row “I am unfortunate to have led the coalition government twice. Even back then, there were speculations about the government falling. The same continues now”. Meanwhile, BJP MLAs continue to be holed up in the Gurugram resort in “an effort to thwart any poaching attempts" by the Janata Dal (Secular) – Congress coalition government.

Prime Minister Narendra Modi will be inaugurating the ninth edition of Vibrant Gujarat Investor's Summit at Mahatma Mandir today. Uzbekistan President Shavkat Mirziyoyev, who is on his second visit to India in the last four months, will attend the summit as a key guest. Indian business tycoons expected to attend the summit include Mukesh Ambani, Uday Kotak, Kumar Mangalam Birla, Gautam Adani, Adi Godrej and Pankaj Patel. Last month, United Kingdom and the United States pulled out of the summit due to lack of satisfactory “commercial outcomes”. ““We partnered in 2015 and 2017 and the money and resources we put into did not fetch the commercial outcomes the way we wanted. We have now decided to use that money in better way,” a UK official had said.

Earlier this month, two women who scripted history by becoming the first women between the ages of 10-50 years to enter Sabarimala temple, moved the Supreme Court for protection. The Chief Justice of India agreed to hear Kanaka Durga and Bindu Ammini’s plea last week. Days after 44-year old Kanakadurga was attacked by her mother-in-law for entering the shrine. The SC hearing will take place today. Sabarimala’s Lord Ayyappa shrine has been mired in controversy after the Supreme Court issued a verdict striking down the temple’s ‘ban’ on the entry of women between ages 10 and 50 years. Despite, right-wing groups vehemently protesting the order several women took on the arduous challenge and offered their prayers inside the temple. 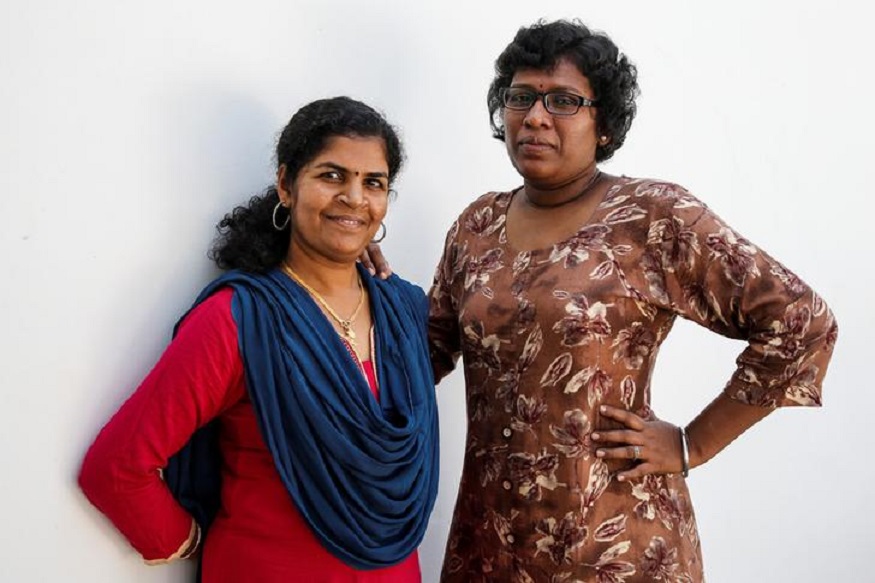 Controversial Collegium pick, Dinesh Maheswari and Sanjiv Khanna, to be sworn in today

Justice Dinesh Maheswari and Justice Sanjiv Khanna will be sworn-in today as Supreme Court judges, a day after President Ram Nath Kovind approved their appointment. Last week witnessed disquiet among section of judges over the Collegium’s selection. On December 12, the Collegium, consisting of the top five SC judges, had recommended Chief Justice of Delhi High Court Justice Rajendra Menon and Rajasthan High Court Chief Justice Pradeep Nandrajog for elevation to the top court. But a new Collegium soon reversed the decision and chose to elevate Maheswari and Khanna. The ceremony will take place at 10.30 am at Chief Justice’s court.

Professor Amartya Sen in an exclusive interview with News18 has said that the BJP government is using the Ram Mandir issue to distract attention from serious issues like unemployment and economic policies. Calling it an 'extraordinary construction', he said that people could not stop getting crazy about it. The Nobel laureate and world renowned economist also opposed the recently implemented quota for the economically weaker section in the general category and said economic inequality is best dealt with by economic policies and not through reservation. Read the interview here. Asthana, three others ousted as CBI Special Director in surprise move by govt

In a surprise move on Thursday, the government divested Rakesh Asthana of his powers as CBI special director. Asthana had been at the centre of recent controversy, which witnessed the sacking of CBI Director Alok Verma. Along with Asthana, AK Sharma, MK Sinha and Jayant Naiknavare too have been removed . According to sources, the decision was taken in a meeting held on Thursday morning at the Central Vigilance Committee. Asthana has now been moved to Bureau of Civil Aviation. The former deputy had been involved in a feud with Alok Verma after the Verma accused him of accepting bribes from businessman Moin Qureshi. Following this, an FIR was filed against Asthana and the court proceedings are underway Asthana’s attempts to quash the charges.

Skeletons have been found inside the flooded illegal mines in Meghalaya's East Jaintia Hills, a day after the body of one the 15 trapped miners was detected. According to sources, the high sulphur content caused the bodies to decompose fast. The body of victims has been pulled up to 100 feet from the original position at 210ft in main shaft. Officials have said that any attempt to retrieve the decomposed body to the surface will lead to the total disintegration of body parts. Navy divers are waiting for advice from forensic experts.

Mayawati lashes out at media, says she will induct nephew Akash into BSP movement

Bahujan Samaj Party supremo Mayawati on Thursday issued a press briefing slamming the media for unfavourably targeting her nephew Akash and calling him her successor. “Some media outfits and personnel are trying to malign mine and my party’s image at the behest of BJP and other opposition parties,” said Mayawati. In the briefing Mayawati also announced that she will be inducting her nephew Akash into the BSP "movement" to give him a chance to learn the ropes. She said the rise in the BSP's popularity after its alliance with the Samajwadi Party has created unrest among some parties and leaders.

Dera Sacha Sauda chief Gurmeet Ram Rahim Singh, along with three others, were sentenced to life imprisonment for the murdering journalist Ram Chander Chhatrapati. The journalist was killed in Haryana's Sirsa city in 2002 after his newspaper published a letter saying that the self-styled godman had been exploiting women. The Dera Sacha Sauda chief was already serving a 20-year jail term after being convicted in two cases of rape.

AI for All: How a Woman is Taking Artificial Intelligence to Schools in Tamil Nadu Villages

A 31-year-old woman is leading a quiet revolution in Tamil Nadu and taking NITI Ayog's #AIforAll initiative to the ground roots. Artificial Intelligence is being seen today as the way to the future and a tool that is set to disrupt our current system of learning and working. And Suriya Prabha's YouCode is taking robots to villages. Read Rakhi Bose’s special report here.

Last week, Jadavpur University Professor Kanak Sarkar sparked social media outrage after he, in a Facebook post, compared virgin girls to sealed bottles. However, his comments and actions aren't a new phenomenon. It has been infamous for years now. Watch the video to know more.