News18 Daybreak | Grand Alliance Meet Today, Ramachandra Guha Gets Death Threats And Other Stories You May Have Missed

Mahagathbandhan meeting: Several regional satraps will descend on Delhi on Monday, a day before the results of Assembly elections, to decide on a strategy to corner the BJP in the Winter Session of Parliament and in the 2019 Lok Sabha elections. Among those expected to attend the meeting are TDP chief Chandrababu Naidu, Trinamool Congress chief Mamata Banerjee, leaders of Left parties and NCP leader Sharad Pawar. 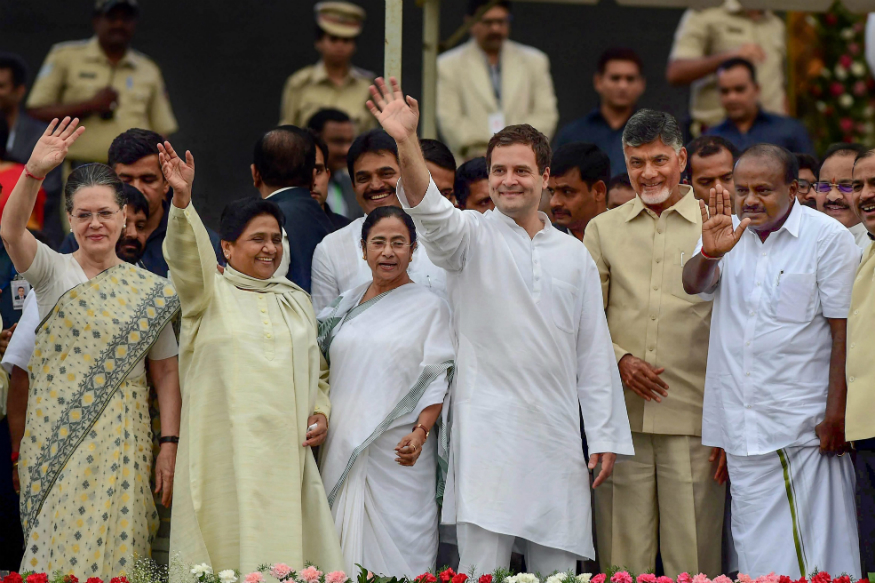 MP Decides: Madhya Pradesh Chief Minister Shivraj Singh Chouhan on Sunday said the BJP will retain power in the state, while accusing the Congress of creating doubts in minds of people about the reliability of Electronic Voting Machines (EVMs). Two days ahead of counting, Chouhan, who is seeking a fourth straight term in office, said the Congress will try to create hindrances. Votes polled in the November 28 elections for the 230-member assembly in Madhya Pradesh will be counted on December 11.

In hot water: Two days after posting a photo of himself eating beef in Goa, noted historian and author Ramachandra Guha on Sunday deleted the tweet, saying "it was in poor taste". A known critic of the Bharatiya Janata Party (BJP), Guha said the controversial tweet was aimed at "flaying" the saffron party's "hypocrisy" on beef, while claiming that he had received threatening calls.

Hanuman in spotlight: Till recently, Rampur resident Kailash was a devout Vishwakarma follower. However, his focus seems to be shifting now. Thanks to his chief minister Yogi Adityanath, who introduced him to the 'new, divine energy'. Kailash is not alone. A group of Valmiki community members arrived at the Hanuman temple, for the first time, on Sunday. From chanting slogans to performing aarti, they followed every ritual to please 'their' Lord.

Kartapur 'conspiracy': Punjab Chief Minister Captain Amarinder Singh on Sunday termed the opening of the Kartarpur Corridor a “bigger conspiracy” hatched by the Pakistan Army, saying Pakistan’s Army General Qamar Javed Bajwa had broken the news to Navjot Singh Sidhu even before Imran Khan was sworn in as their prime minister.

Big fat wedding: For the pre-wedding ceremonies of Isha Ambani and Anand Piramal in Udaipur, the crème de la crème of Bollywood such as Shah Rukh Khan along with his wife Gauri, Aishwarya Rai along with Abhishek Bachchan, Priyanka Chopra and Salman Khan performed at the high-profile function. Watch exclusively on News18. A Rajinikanth season doesn’t come every year. Like a delayed monsoon, sometimes it comes once in two years. But every time it arrives, it does so with the accompaniment of thunder and lightning and the country, mostly the southern part has to sit up and take notice. Here the man arrives not as a natural man but as a manufactured man, full with all the technology that was used to dress him up this time. As if he was a car with a robotic engine and the highest horse power. Actually, Rajinikanth is just that. Binoo K John writes about the 'manufactured' hero Rajinikanth.

Saif Ali Khan and Amrita Singh’s daughter Sara Ali Khan has started her journey in Bollywood with Kedarnath. Director Abhishek Kapoor’s film features her as a Hindu girl in love with a Muslim porter Mansoor, played by Sushant Singh Rajput. The film has breathtaking cinematography and a thrilling climax. Here’s our movie review. Take a look.