News18 Daybreak | Hamid Ansari Released, Christian Michel Case Hearing Today and Other Stories You Need to Watch Out For

What To Watch Out For

Indian national Hamid Nihal Ansari crossed the Attari-Wagah border after completing a six year jail term in. Ansari’s reunion with his family was emotional to say the least as the only contact they were accorded had been accorded in the six years was a brief telephonic conversation. The engineer had been by Pakistani authorities in 2012 on charges of espionage after he crossed into the country from Afghanistan to meet a woman he had fallen in love with after meeting them online.

Christian Michel to be produced before Patiala House Court today

British citizen and alleged middleman Christian Michel in the AgustaWestland chopper deal case will be produced before Patiala House Court this afternoon after the completion of his CBI custody. The intelligence agency has said that the accused refused to cooperate in the past weeks since he was extradited from the UK. Michel along with two other fixers were hired by AgustsWestland to influence top ranking officials and the UPA government to help the company secure the Rs.3600 crore deal. The Enforcement Directorate will now seek the custody of Michel in court today.

The Calcutta High Court will convene again tomorrow for the hearing over a writ petition that Bhartiya Janata Party submitted after they were denied permission by Mamta Banerjee for their ‘Save Democracy Yatra’. On Tuesday the court had asked BJP to submit a list of ‘self-restrictions’ measures and three tentative dates for the yatra. Meanwhile, the court has asked that the West Bengal government produce a video of the meeting that took place between the Chief Secretary, Home Secretary, DGP and BJP leaders on December 13 at Lal Bazar police station. In a three-page response to the state secretariat, Mamata Banerjee elucidated on the reasons to object to the yatra stating that it could lead to chaos and grave traffic disruption.

Conflict between the pro-government forces and the Houthi rebels have halted for now after it escalated following the ceasefire that was enacted yesterday. The UN-brokered ceasefire was put in place overnight following a week of talks in Sweden. Clashes however continued for several hours even after it came into effect. A “mutual redeployment of forces” will be carried out to ensure the ceasefire is implemented. The Yemeni war, described as the worst humanitarian crises, has ravaged over 22 million lives in Yemen since it started in 2015.

In a press conference held on Wednesday at the Indian Women's Press Corps, members of the transgender community denounced the Transgender Bill that was passed in the Lok Sabha on Monday. The organizers of the Press Conference who belonged to organizations like the Telangana Hijra Intersex community, Lawyers Collective and Pratyay Gender Trust argued that the provisions of the bill were violative and unconstitutional. According to them the Bill was also “problematically silent” on matters of reservation for the transgender community. 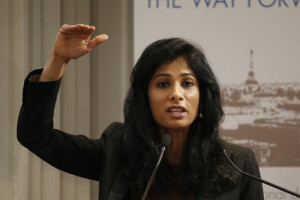 A research paper submitted by four economists Gabriel Chodorow-Reich and Gita Gopinath of Harvard University, Prachi Mishra of Goldman Sachs and Abhinav Narayanan of the Reserve Bank of India found that demonetisation has led to a 3 percent drop in economic activity and employment. The study also identified the 'economically sharp and statistically significant contractions areas affected by demonetisation shocks. However, Payments with Paytm and POS increased drastically following the cash crunch. The report comes as a scathing criticism to the move that was enacted by the Modi government as it highlighted the essential role that cash serves in India.

Police in Karnataka looking into the case of the poisoned prasadam

Insecticide was found in the temple food that led to the deaths of 14 people in Karnataka’s Kicchu Maramma temple in Sulwadi village of Chamarajnagar district. According to an FSL report, the food was laced with the 'organo phosperous' insecticide. Investigators suspect that a rift between the temple’s management over the temple’s revenues could be the motive behind the poisoning. Seven people have been named in the FIR filed, although officials have detailed around 10 people so far, including the temple president and senior pontiff Immadi Mahadevaswamy. On Friday, over a 100 people fell ill after consuming the prasad that was distributed at a foundation laying ceremony at the temple.

No deal Brexit in Britain’s Horizons? Cabinet ministers in the UK have agreed to implement a no-deal Brexit contingency plan. The decision comes at a time when severe in-fighting in the British Parliament over Theresa May’s proposed Brexit deal has left the UK government in a limbo. With just over three months left for Brexit to be officially enforced, the cabinet was forced to make the decision given the likelihood that May’s divorce plan will not be passed in time. The officials have stated that 3500 service personnel will be on standby to ensure that there are no disruptions when UK exits Europe and aid will be given to UK businesses to help them prepare. 2 billion pounds were allocated as a part of the contingency fund to departments like the Home Office and the Department for Environment Food and Rural Affairs.

Has Netflix’s “Making a Murder” hit its shelf life? Why is it being sued by a former detective? News18 Digital explains.