Home » News » India » News18 Daybreak | NIA arrests 10 Terror Suspects in Delhi, UP Raids and Other Stories You Need to Watch Out For
4-MIN READ

News18 Daybreak | NIA arrests 10 Terror Suspects in Delhi, UP Raids and Other Stories You Need to Watch Out For

The National Investigation Agency on Wednesday arrested 10 terror suspects thought to be planning ‘ISIS-inspired’ attacks. The NIA conducted raids in 10 locations across Uttar Pradesh and Delhi, following the release of a new ISIS module ‘Harkat ul Harb e Islam’. The agency has implicated an Islamic preacher (maulvi) from Amroha in Uttar Pradesh as the mastermind of the plot. Among the 10 arrested, are a civil engineer, an auto rickshaw driver and a mobile shop owner who were allegedly helping the maulavi with making the remote bombs, procurement of SIM cards and transportation. Officials have said that the group were plotting to carry out a series of blasts and were being directed by a foreign handler. They will be produced before Delhi’s Patiala House Court.

Triple Talaq Bill to be discussed in Lok Sabha today

The Triple Talaq Bill will be taken up for discussion in the Lok Sabha today. The BJP has issued a three-line whip asking all the Ministers of Parliament to be present in the Lok Sabha. A breach of the whip will taken up as a disciplinary issue. Prime Minister Modi has expressed his commitment to formulating the law against the triple talaq on many occassions. The Muslim Women (Protection of Rights on Marriage) Bill, 2018, aims to make the practice of instant triple talaq an offence. The bill was proposed after a five-judge bench of the Supreme Court ruled unconstitutional a law that allowed Muslim men to divorce their wives simply by uttering "talaq" three times in quick succession.

Caught between a rock and a hard place : The life and tragedies of Meghalaya’s miners

It’s been 14 days since over a dozen miners went into an illegal ‘rat-hole’ coal mine in Meghalaya’s Jaintia Hills and got trapped after water from a nearby river flooded it. Meanwhile, their families wander about in a state of desolation and disbelief at the fate of their loved ones who are believed to be dead. There is no confirmation on the number of miners trapped inside the mine. The ‘rat hole’ mining technique, which was made illegal in 2014 in the state by the National Green Tribunal, entails digging small vertical pits to reach the minerals. Despite the ban, the practice is still rampant around the state. So, why have the mines still been allowed to function despite the shocking rate of miner deaths? What has the government done to implement the ban? Reporter Adrija Bose investigates in this News18.com special exclusive. 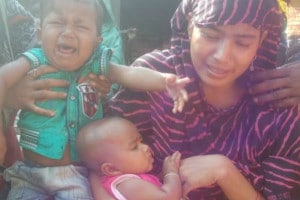 The Delhi High Court has sought a response from the Center and the Army Chief of Staff over the selection of President’s Bodyguards. The High Court’s inquiry comes in light of a PIL hearing that took place after Haryana resident Gaurav Yadav sought the recruitment claiming that only three castes – Jats, Jat Sikhs and Rajputs were considered for the positions. The petitioner said that he comes from the Ahir/Yadav community and fulfilled all eligibility criteria of recruitment, but was denied the position based because he did not belong to the three castes.

Stood up at his own party, KCR yet to meet Mayawati and Akhilesh Yadav

Telangana Chief Minister K Chandrashekhar Rao is yet to meet Samajwadi Party and Bahujan Samja Party chiefs Akhilesh Yadav and Mayawati despite having planned a meeting with the two in Delhi on Wednesday. While Mayawati has yet to decide on a time, Yadav said that he will not be able to meet the Telangana Rashtriya Samithi chief in Delhi. A meeting with the two leaders was planned to take place in the SP patriarch Mulayam Singh Yadav's house in Delhi. KCR has been on a mission to forge an alliance of regional parties into a federal front who he hopes will be a strong alternative to the Congress and BJP in the upcoming general elections. On reel
On Tuesday, news of Noida police stopping Muslims workers from offering Friday namaz at a Sector 58 park made headlines. The labourers who belong to different parts of Uttar Pradesh, Bihar and West Bengal had never faced a problem with their Friday congregational prayers in the past five years. But on December 14, as they were gathering in the park the police informed them that it would be the last time that they were “allowed” to pray there. News18.com explains.