News18 Daybreak | Political Bickering over Assam NRC Draft, Bengaluru Pubs and Other Stories You May Have Missed

Step-citizens: As an intense political debate dominates the discourse in India over the National Register for Citizens (NRC) in Assam, fates of 40 lakh people who do not find a mention in the final draft, hang in the balance. While the allegation is that these individuals are Bangladeshi nationals and must go back, Bangladesh has just refused to accommodate the huge population. Speaking exclusively to CNN-News18, Bangladesh Information Minister Hasanul-Haque Inu said, “This is an internal issue for Assam and India, Bangladesh has nothing to do with it.” Meanwhile, instances of NRC registration skipping a generation, and professionals such as teachers, doctors, lawyers not finding their names on NRC despite claiming stake to citizenship have led to chaos in the state. 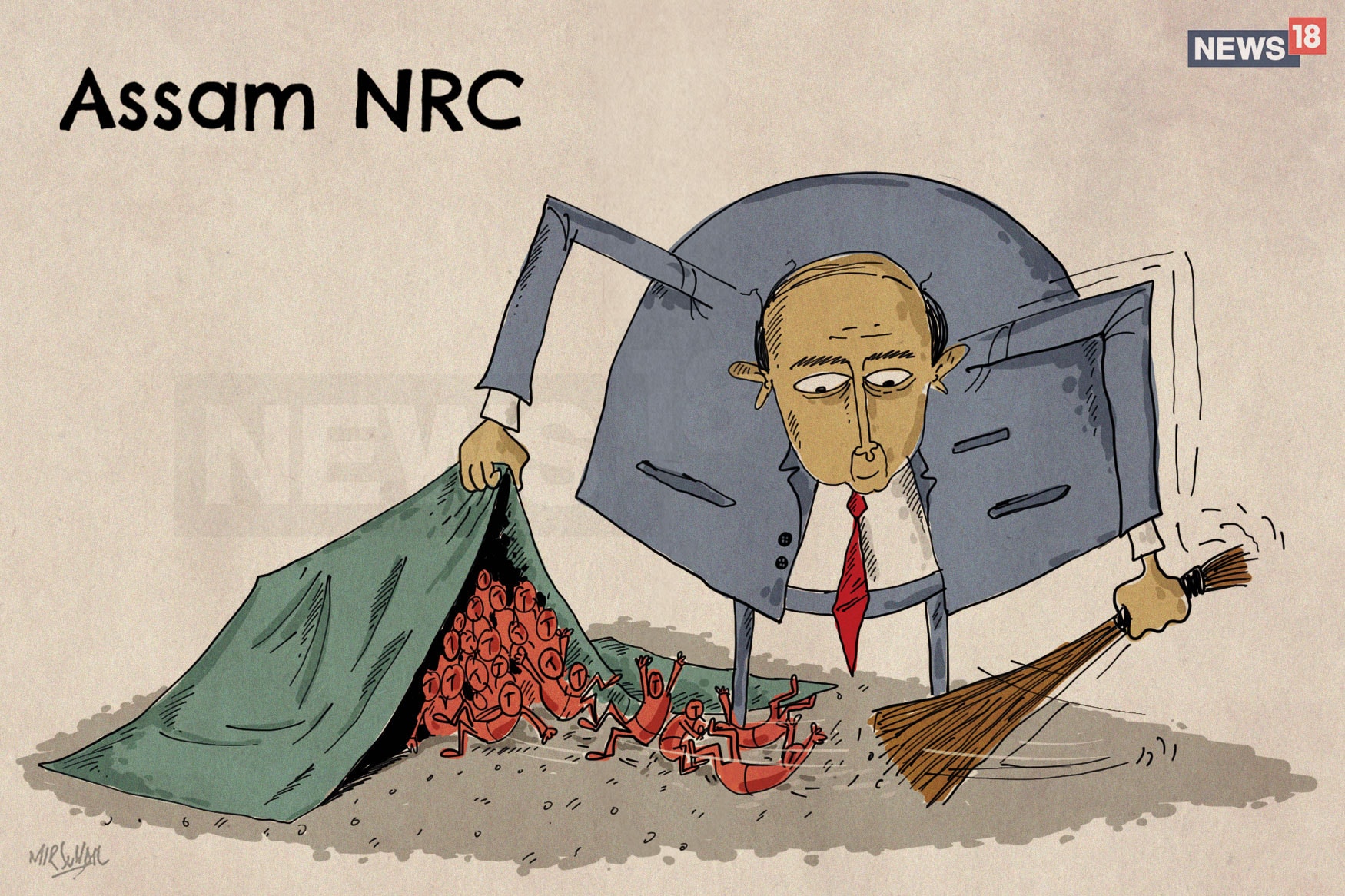 Follow the updates and the latest developments in Assam NRC on News18. Pub-less Bengaluru: Once known as the pub capital of India, Bengaluru may soon lose this moniker. A ban on live music, as some are calling it, could mean that the city’s many pubs and restaurants may soon have to shut shop. As many as 393 restaurants and pubs have been sent notices while 326 have already been given closure notices by the city police.

Marry Hindus: In yet another controversial statement, firebrand Hindutva leader Sadhvi Prachi has asked Muslim women to marry Hindu men and embrace their religion in order to get rid of practices like triple talaq and nikah halala. Vishwa Hindu Parishad (VHP) leader said that she would meet Muslim women, including Bareilly’s Nida Khan who has a fatwa against her, and request them to accept Hinduism.

Beautiful effort: In an attempt to provide aid and care to the beggars and homeless elderly people of Kolkata – ‘Bae-Umra’ Calendar, an initiative conceptualised by the well-known fashion designer Agnimitra Paul – is breaking stereotypes about calendar models. Unlike glamorous models as seen on Kingfisher calenders, Bae Umra uses paupers and homeless elderly people as models, who are decked in Agnimitra’s designer outfits.

Shelter racket: Weeks after not being able to find eleven women staying in a Muzaffarpur shelter home, a government official, lodged another FIR against Brajesh Thakur and the staff of his tainted NGO. The same culprits have been already accused in girls’ sexual abuse case in another government-run shelter home in Bihar. The latest FIR has further raised questions about the manner in which the mastermind of these children’s home sexual abuse cases got the licences for running so many shelter homes.

No tension for pension: In a state cabinet meeting on Tuesday, Delhi Chief Minister Arvind Kejriwal approved a proposal by the Delhi Social Welfare Department to delink the Aadhaar from the widow and old-age pension for residents of Delhi. Kejriwal claimed that this decision was taken considering the sufferance of people due to the inability of banks in linking Aadhaar to bank accounts.

On 26 July, 2018, India woke up to the news of three sisters who died due to starvation. As it ideally should be, the news sent shock-waves in the national (Read: Delhi) media and evoked outrage on social media. On the same day, 1200 kilometers away towards India’s east, Rajendra Birhor, a 40-year-old tribal man from Ramgarh district, Jharkhand, starved to death. His death didn’t create even a fraction of the flutter that the deaths of those three sisters created. Devanik Saha explains why the three deaths in Delhi received more media limelight than the spate of 14 starvation deaths that have recently rocked Jharkhand.

Prateik Babbar, who is gearing up for the release of Anubhav Sinha’s Mulk, featuring Rishi Kapoor, Neena Gupta and Taapsee Pannu, speaks to News18.com about his character. Watch the video to find out more about the film, the actor’s personal life and about his addiction to drugs.

(This newsletter was first published on August 1, 2020)