Rajya Sabha will vote on the contested Triple Talaq bill in today’s Parliamentary session. Last week, the Lok Sabha passed the bill despite vehement opposition from the Congress and AIADMK. This time around however, the BJP has a tough battle to win considering that they are in minority in the Upper House. Both the BJP and the Congress party have issued whips to their MPs to be present in today’s Parliamentary session. The bill criminalizes the Muslim practise of Triple Talaq, which allows men to divorce their wives by uttering the word talaq three times in quick succession.

19 days into mining tragedy, Navy divers to enter mine today

It’s been 19 days since 15 miners became trapped in an illegal ‘rat-hole’ mine in Meghalaya. Rescue operations were renewed with several Indian navy divers attempting to enter the pit of the flooded mine. However, technical issues hindered their progress. The team is set to enter the mine again today. Nearly 200 rescuers from various agencies have been stationed at the site with high-powered pumps. Meanwhile, the Meghalayan government has come under the scanner after the incident revealed how ‘rat-hole’ mines have been allowed to function despite being outlawed in the state.

The high court deadline for the surrender of former Congress leader Sajjan Kumar ends today. Kumar was sentenced to life on December 17 in a 1984 anti-Sikh riots case. The case relates to killing of five Sikhs in Palam Colony in South West Delhi on November 1-2, 1984 and burning down of a Gurudwara in the same area. On December 21, the Delhi High Court rejected Kumar’s plea for an extension till January 30 on the deadline to surrender.

Pioneer of new-wave of Indian cinema, Mrinal Sen passes away at 95

Renowned filmmaker Mrinal Sen passed away yesterday at his residence in Kolkata. Sen is known as one of the greatest filmmaker of Bengali cinema alongside his contemporaries Satyajit Ray and Ritwik Ghatak. He made his directorial debut with Raat Bhore in 1956, which starred the iconic actor Uttam Kumar. In the next few decades, Sen would go on to make pathbreaking films like Ek Din Pratidin, Kharij, Khandar and Genesis, and would come to be known as the pioneer of the new wave of Indian cinema. Read Gautaman Bhaskaran's tribute to this legendary filmmaker. 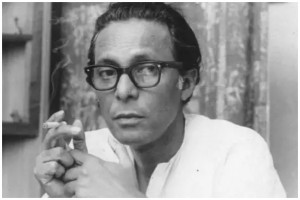 Bangladesh Prime Minister Sheikh Hasina has won her fourth general elections after her party Bangladesh Awami League managed to secure 260 seats from 2,29,539 votes over the rival Bangladesh Nationalist Party’s 123 votes. Hasina has been lauded for boosting the economic growth in her country and for opening up the borders to Rohingya refugees. In the past years however, she has received widespread criticism for quashing dissent and imprisoning critics of her government.

Voting underway in over 13000 panchayats in Punjab

Voting has began in several villages in Punjab where an expected 1.27 crore voters will be deciding the fates of over 8,000 candidates. The panchayati polls will be electing the sarpanch and panch in Punjab’s 13000 villages . Voters started queuing up at 8 AM in the 17000-odd polling booths despite the fog and cold temperatures. However, all was not well for the villages of Shakri and Lakhmir, which were left reeling from separate incidences of booth capturing. Meanwhile, a booth-capturing attempt at Ferozepur polling station led to the death of an elderly voter on Sunday.

2018 has witnessed some of the biggest farmers from states across India came together to agitate against the lowered minimum support prices and growing debts. News18.com explains.