News18 Wrap: Congress Brawl Results in FIR, Kamala Harris for Run for US President & Other Stories You Might Have Missed

One of the biggest opposition rallies in Kolkata ahead of the 2019 general election on Saturday was attended by political leaders from all over the country, most among them had been partners with the ruling NDA in the past. 16 of 21 Participants in Mamata Banerjee's mega opposition rally have done business with BJP in the past including Trinamool Congress (TMC) itself which had joined the BJP-led NDA government in 1999 and was allocated the Railways Ministry. Read more.

First-term Democratic Senator Kamala Harris of California, a rising party star and outspoken critic of President Donald Trump's immigration policies, launched her 2020 campaign for the White House on Monday in an appearance on ABC's ‘Good Morning America’. Harris, 54, the daughter of immigrants from Jamaica and India, enters the race with the potential advantage of being the Democratic candidate who looks most like the party's increasingly diverse base of young, female and minority voters.Read more on the surprise announcement.

More than 24 hours after an alleged brawl that took place inside the Eagleton resort in Bengaluru between two Congress MLAs, a first information report has been lodged against MLA JN Ganesh based on the statement of the victim Anand Singh, another MLA. Ganesh has also been suspended from the party. Read more on latest developments in Karnataka only on News18.com.

Diamantaire and PNB scam accused Mehul Choksi has surrendered his Indian passport to Antigua, apparently to avoid extradition to India, where he is wanted for loan fraud. Choksi, 59, has also submitted $177 with his passport to the Indian High Commission in Antigua. The move comes after the foreign ministry had said that the jeweller could not have dual citizenship. Read more.

Palamu, one of the most backward and drought-prone districts of Jharkhand, has never been a JMM turf. BJP's growth in the last three decades here has been both in tribal and non-tribal areas. With a state-wide footprint, it emerged as the natural repository of non-JMM votes in Jharkhand. That is almost half of the total electorate if the other half comprises tribal communities, Dalits and minorities. It is, thus, no surprise that the BJP has ruled the state for more than 12 years, since its formation. Others together have had short and intermittent shot at power. Read the News18 analysis on how Shibu Soren’s JMM and Congress's election math and chemistry can end up challenging the BJP Jharkhand.

a fourteen second video clip that seemed to capture actor Salman Khan's apparent doppelganger was filmed in Karachi and has since gone viral on social media. Check out the video to see for yourself.

Will actress Kareena Kapoor Khan follow in the footsteps of her late father-in-law Mansoor Ali Khan ‘Tiger’ Pataudi and dabble in politics? Kareena’s name has been proposed by two Congress leaders, Guddu Chouhan and Anas Khan, as a possible candidate for Bhopal parliamentary seat where the grand old party has not tasted success since 1984. Will Kareena Kapoor be Rahul Gandhi’s answer to Modi-Shah’s Madhuri Dixit this election? read senior journalist and visiting fellow at the Observer Research Foundation Rasheed Kidwai's hot take on the issue.

West Bengal Chief Minister Mamata Banerjee doesn’t seem to be much enamoured by what newspapers in the national capital have to say about a possible alliance between the Congress and the Aam Aadmi Party (AAP). The local Congress leadership in the three north Indian states of Haryana, Punjab and Delhi — where Kejriwal insists on his party having a presence — are all against any idea of entering into an alliance with AAP, whose rise is rooted in running an anti-corruption campaign in the early part of this decade against the Congress governments both at the Centre and in the states. Read political commentator Sidharth Mishra's take on the issue. 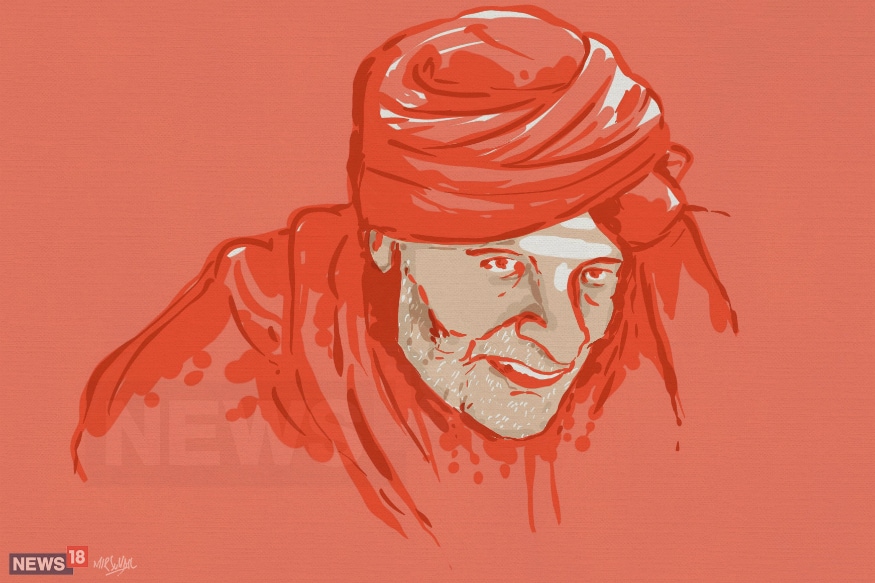 Shivakumara Swamiji, the 111-year-old Siddaganga seer, passed away on Monday morning after age-related ailments.The Lingayat seer had been in and out of hospitals for the past two months. Announcing the seer’s demise at Siddaganga, Chief Minister HD Kumaraswamy, said that the last rites would be held on Tuesday at 4:30 pm. A three-day mourning period has been announced.