A day after India bombed Jaish-e-Mohammed's biggest training camp in Pakistan, it was a morning of developments moving with dizzying rapidity. Islamabad claimed it hit back at India by bringing down two Indian military aircraft, one of which crashed in Pakistan-occupied Kashmir while the other fell in Jammu and Kashmir. Officials in India said a Pakistani Air Force fighter jet was shot down by Indian air defence forces in Jammu region's Rajouri sector after it attempted to attack India's military installations. Read more.

As the day progressed, Pakistan released details of an IAF pilot that had been captured by Pak forces. Major General Asif Ghafoor, the chief of Pakistan military’s media wing, had earlier in the day released the service number of IAF Wing Commander Abhinandan Varthaman and said another Indian pilot was hospitalised because of injuries. However, earlier Islamabad had said that they had captured two soldiers. Read more on the flip-flop.

Read all the latest developments and news stories about India-Pakistan tensions on News18.com's LIVE blog.

Acknowledging that IAF wing commander Abhinandan Varthaman is in Pakistan custody, the government has in a strongly worded statement objected to Pakistan military’s “vulgar display” of the injured pilot. The statement came moments after Pakistan military said it has one Indian pilot in custody. Social media was flooded with solidarity for the pilot, and demanded dignified treatment and safe return using hashtags like #BringBackAbhinandan. Read more.

Responding to Pakistan Prime Minister Imran Khan's offer to conduct impartial investigations in the Pulwama attack, the Indian government on Wednesday handed over a dossier to Pakistan amid rising tensions. A MEA statement said this dossier contains "specific details of JeM complicity in Pulwama terror attack, the presence of JeM terror camps and its leadership in Pakistan." Read more.

Accusing the BJP government of "blatant politicisation of the sacrifice" of the Armed forces, a statement by 21 opposition parties on Wednesday regretted that Prime Minister Narendra Modi has "not convened an all-party meeting as per the established practice in our democracy". Read more.

Meanwhile, six personnel onboard an Indian military chopper and a civilian were killed on Wednesday when the aircraft crashed in Budgam district of Jammu and Kashmir. The aircraft crashed in an open field near Garend Kalaan village in Budgam at 10:05 am, officials said. It broke into two and caught fire immediately, senior officials said. Read more.

During the 1999 Kargil War, flight lieutenant K Nachiketa was a 26-year-old flying a MiG-27. But the man in charge of targeting Pakistani posts ran out of luck when he had to deal with some technical difficulty with respect to his jet and had to eject. The next thing he knew, he was surrounded by Pakistani soldiers. What followed was a sensational effort by the Indian side to get one of their men back home. At the helm of the negotiations was then Indian high commissioner in Islamabad, G Parthasarathy. News18 spoke to the former diplomat, who looked back at the time of Nachiketa’s release. Read more.

The areas along the Line of Control (LoC) in Poonch and Rajouri districts were rattled by cross-border shelling on Tuesday night and have since been living in constant fear, even indoors. The cross-border tension between India and Pakistan has been taking a toll on the people living the LoC. The locals say they have been left to fend for themselves. “Every time the ties between two countries become tense, it is a war-like situation for us,” said Tajwinder Singh of Lam village. Read more.

There is no denying that Pakistan has Jaish-e-Mohammad camps spread across the country. Just recently, the government in its own circular referred to the seminary that it took over in Bahawalpur as the JeM headquarters. Now that dust is starting to settle on the strike that India claimed it carried out inside Pakistani territory targeting a JeM camp, some hard and contested facts are coming to light. It is not just India. Afghanistan has also accused Pakistan of aiding terror acts, and Iran recently also levelled similar accusations against Pakistan after at least 27 Iranian Revolutionary Guards were killed by a Sunni militant group in the country's region bordering Pakistan. Exiled Pakistani journalist Taha Siddiqui warns the country that its aggression will not be an act of war but an act against its own self-interest. Read more.

While Indians are the first to scream 'racism' when on the receiving end of it we can be disturbingly thick-skinned when it comes to recognising it in ourselves. Our racist mentalities can perhaps be best observed in Bollywood films that have continuously displayed an obsession with fair skin. And the latest Filmfare photoshoot with sara Ali Khan is proof that we still do not understand racism. Read Rakhi Bose's take on the image which has caused outrage for culltural appropriation since its release. 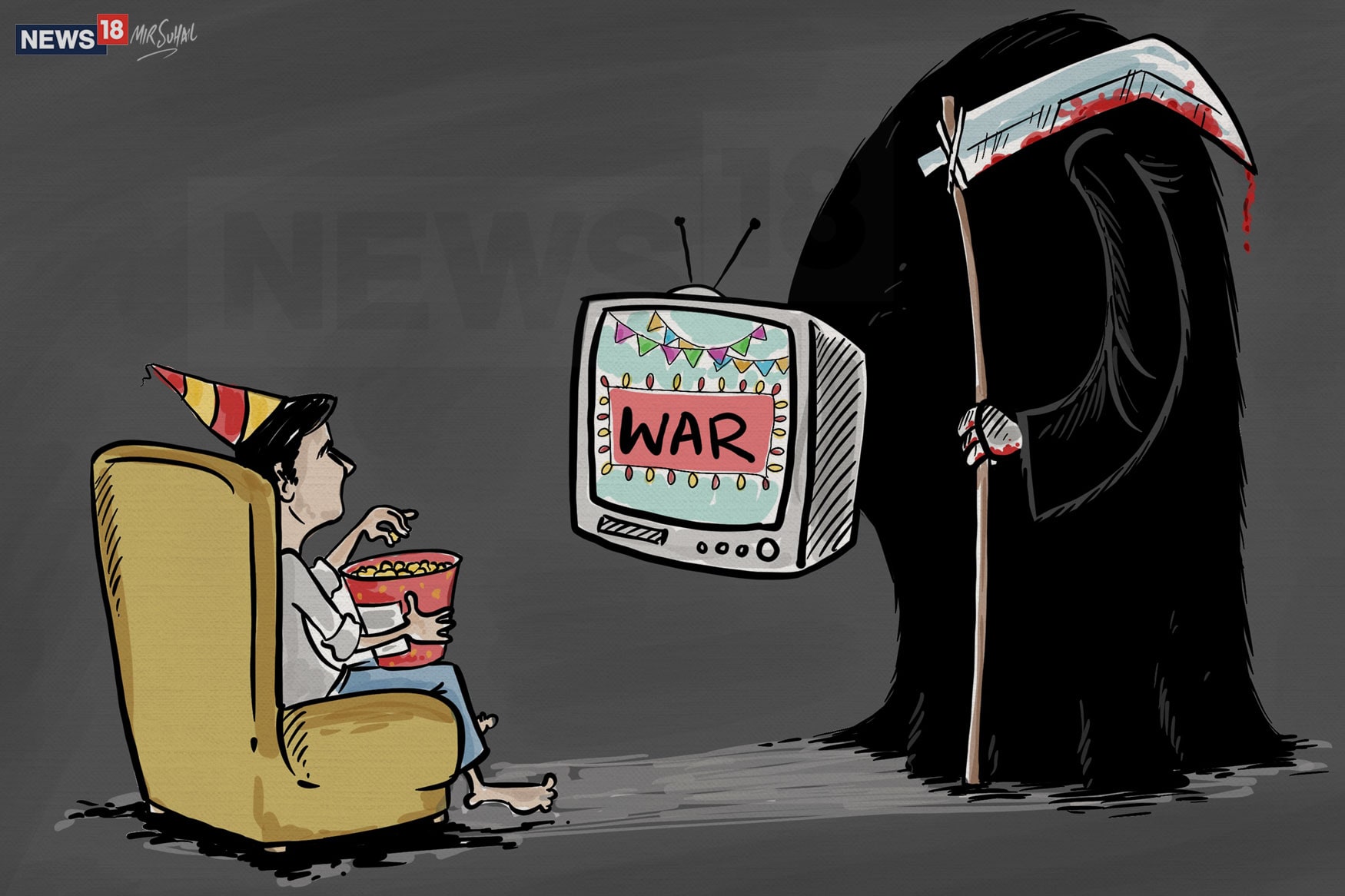 Escalating tensions between Indian and Pakistan have set off alarm bells ringing in both countries. With speculations of an approaching war hot on both sides, civilians have taken to social media to express their concerns and disapproval.

#SayNoToWar was one of the top trending hashtags in both Indian and Pakistani Twitter on Wednesday. Read more.