In an unprecedented development on Sunday evening, Bengal CM Mamata Banerjee sat on a dharna against the CBI's move to arrest Kolkata Police chief Rajeev Kumar in connection with chit fund scams. "My police force is my pride, will give my life but won't compromise," said Mamata. Digging in her heels, West Bengal CM Mamata Banerjee threw her weight behind the state police and is going to continue the dharna till Jan 8. Read more.

Meanwhile, the CBI moved Supreme Court on Monday accusing Kolkata Police chief Rajeev Kumar of destroying evidence related to the case and of him indulging in contempt of court. The SC said it will hear the plea tomorrow as there was not enough evidence to necessitate a hearing today.

In a counter attack on the CBI’s Anti-Corruption Bureau, the Kolkata Police on Monday served a notice to the agency’s joint director and head of zone (Kolkata) Pankaj Kumar Srivastava in connection with ‘wrongful restraint’ and ‘wrongful confinement’ of two businessmen in August 2018. Read more.

Who is Rajeev Kumar, the tech savvy Kolkata Police chief who is being pursued by the CBI? Why is he important? Read more.

Follow all the dramatic developments in Bengal with News18.com's liveblog.

The Shiv Sena on Monday appealed to the BJP-led government to save the life of social activist Anna Hazare whose hunger strike entered its sixth day. The 81-year-old anti-graft crusader has been on hunger strike in his native Ralegan Siddhi village in Ahmednagar, 240 kms from Mumbai since Wednesday.

The Kerala government has changed its stand on the number of women who entered the Lord Ayyappa temple in Sabarimala after the Supreme Court overturned a traditional ban on the entry of women of menstruating age. The number, which was earlier stated to be 51, has now been revised to two. Read more on the flip-flop.

As Mamata Banerjee continues her sit-in protest at Dharmatala, Centre versus State tussle has reached a new high with the West Bengal chief minister alleging forceful intrusion of the CBI within the state jurisdiction. But why has the chief minister of a state turned up in defence of a police officer? Can the CBI investigate a court-monitored probe if the general consent by the state is withdrawn? News18 explains.

Budget 2019 gave the BJP a leg-up and knocked the Congress off-balance. A boot-faced Rahul Gandhi focussed on the BJP's Achille's Heel — the farm sector — but didn't quite manage to put his best foot forward (even as wordsmith Shashi Tharoor put his foot in his mouth). The markets kicked upwards and even the unemployment imbroglio didn't mitigate the feel-good factor. In sum, the BJP leveraged its ruling party status to immediately fatten household budgets and disprove the maxim that you can't please all of the people all the time. The Congress, being out of power, could only mouth promises and protests. Read Bhavdeep Kang's take on Budget 2019 only on News18.com. 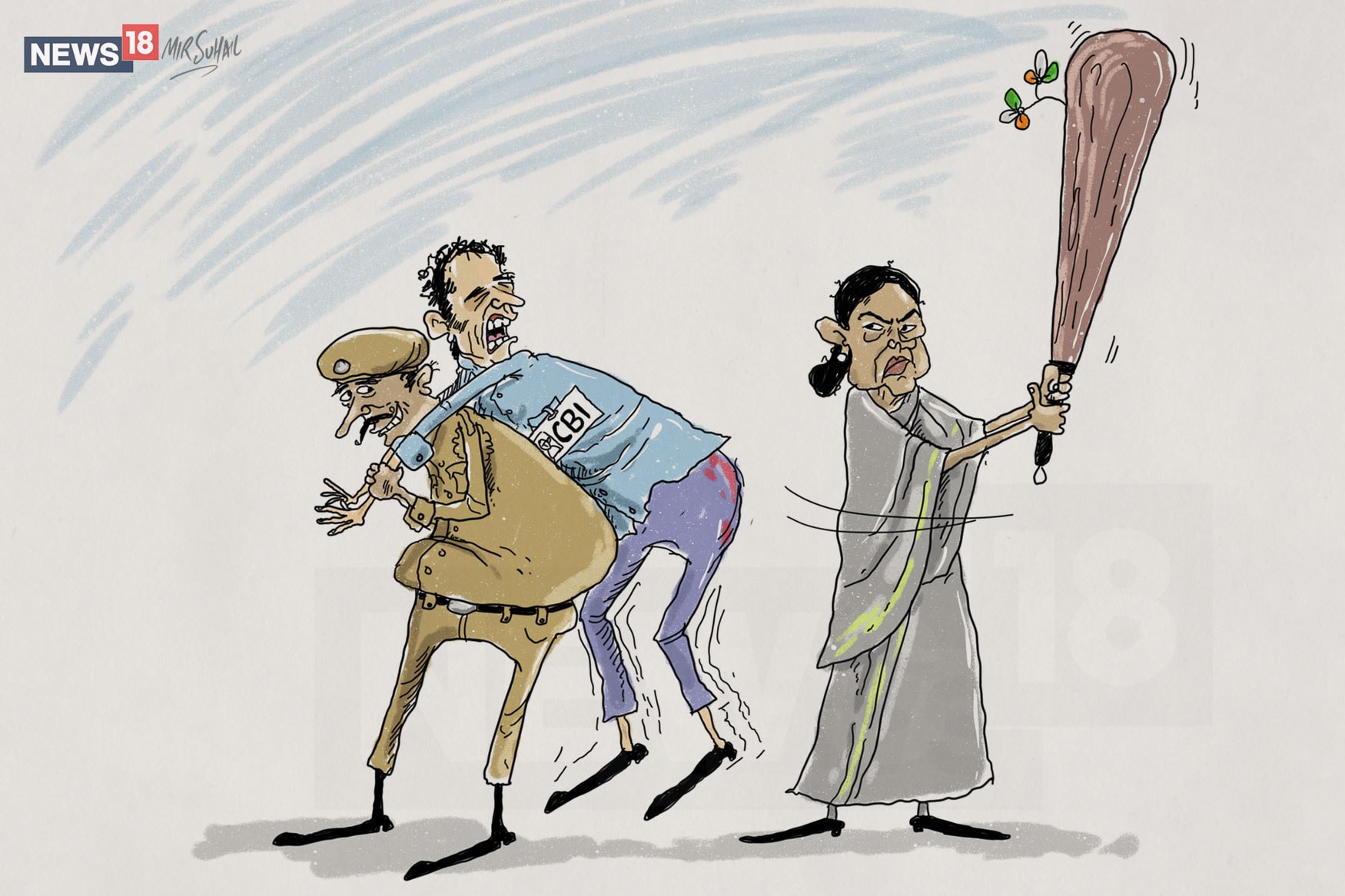 Minutes after Kolkata police officers detained CBI officers outside police commissioner Rajeev Kumar's residence, West Bengal chief minister Mamata Banejee rushed to Loudon Street and announced that she would sit on a dharna from Sunday evening against the "gabbar style" attitude of the central investigating agency and the Modi-led government.