Home » News » Buzz » News18 wrap: Phase 2 of Polling Over in 95 Seats, Trade Across LoC to be Suspended at Midnight & Other Stories You Missed
3-MIN READ

News18 wrap: Phase 2 of Polling Over in 95 Seats, Trade Across LoC to be Suspended at Midnight & Other Stories You Missed

Polling for Phase 2 of general elections took place in 95 seats across 11 states, including Tamil Nadu where 38 seats are up for grabs. Voting also concluded in 35 assembly constituencies in Odisha and in 18 assembly seats in Tamil Nadu.

Follow all the action with News18.com's special LIVE blog for Phase 2.

Meanwhile, situation is tense in Karnataka’s Mandya where clashes have broken out between supporters of HD Kumaraswamy’s son Nikhil Gowda and Sumalatha Ambareesh, the widow of actor-politician Ambareesh. Gowda is the JD(S) candidate from Mandya, while Sumalatha is contesting as an Independent.

Nearly two years ago, when Srinagar voted in a Lok Sabha bypoll, Farooq Ahmed Dar was used as a ‘human shield’ to ensure safe passage for army jawans as they came under intense stone-pelting, but now he finds himself posted on election duty. Read more.

Trade across the Line of Control with Pakistan has been suspended by the central government with effect from midnight on Thursday as it said that there are reports that it is being misused on a "very large scale". Read more.

In an unprecedented episode at the BJP headquarters, a Kanpur doctor hurled a shoe at GVL Narasimha Rao while the BJP MP and spokesperson was defending the candidature of Malegaon blast accused Sadhvi Pragya Thakur at a press conference. Watch now.

West Bengal Chief Minister Mamata Banerjee believes neither the NDA nor the UPA coalitions will come to power next month and that India may see a “new combination” government at the Centre. In an interview to News18 Network editor-in-chief Rahul Joshi, the Trinamool Congress supremo also said that West Bengal (42 seats) and Uttar Pradesh (80 seats) would emerge as the critical states, predicting a nought for the BJP in Punjab, Delhi and the southern states. Read excerpts.

Dimple Yadav is the SP's two-time, sitting MP from Kannauj and the 44th person — the only one in the last three decades — to win uncontested from a Lok Sabha seat in India. And she is also former Chief Minister Akhilesh Yadav's wife and daughter-in-law of SP founder Mulayam Singh Yadav. Read the full profile of SP's Lok Sabha candidate from Kannauj.

Just a few days ago, Congress spokesperson Priyanka Chaturvedi grabbed headlines when she broke out into an impromptu song to take a jibe at Smriti Irani over the degree row. Now, Chaturvedi is singing a different tune. Upset with her party, she went public with her grievances with a tweet lambasting the Congress for reinstating UP party workers who she says misbehaved with her. Her complaint was that how can the party take back those who allegedly misbehaved with her, and allegedly also made a rape threat to her. Read more.

With 95 seats across 11 states and Union Territories going to polls in the second phase of elections on Thursday, fate of more than one-third of the total Lok Sabha seats will be sealed after just first two phases. Hence, the importance of the starting-line advantage remains further amplified. In Uttar Pradesh, the politically crucial state which will vote in all seven phases this election season and eight seats in the Western region will be up for grabs in the second phase. Here's why a low voter turn-out could mean trouble for BJP.

Congress chief Rahul Gandhi on Thursday stirred the dust once again after he said that he does not rule out the possibility of his sister, Priyanka Gandhi Vadra, taking on Prime Minister Narendra Modi in Varanasi in the ongoing Lok Sabha elections. “I will leave you in suspsense,” he said. Read more.

The father of one of the victims of the 2008 Malegaon blast moved the special NIA court here Thursday, urging it to bar prime accused Sadhvi Pragya Singh Thakur from contesting the Lok Sabha election. Read more.

You could take snapshots out of actor-turned-politician Ravi Kishan real life moments, and be surprised at the uncanny resemblance it bears with his reel life. Born as Ravi Kishan Shukla to a small-time milk trader-cum-priest, he spent his initial years with his family in a chawl in Mumbai. The starry-eyed boy moved back with his parents to his native place in Jaunpur village when the going got tough for the family in the city of dreams. Kishan, the man who revived Bhojpuri films, now hopes for political resurrection, writes Shilpi A Singh. Read more. 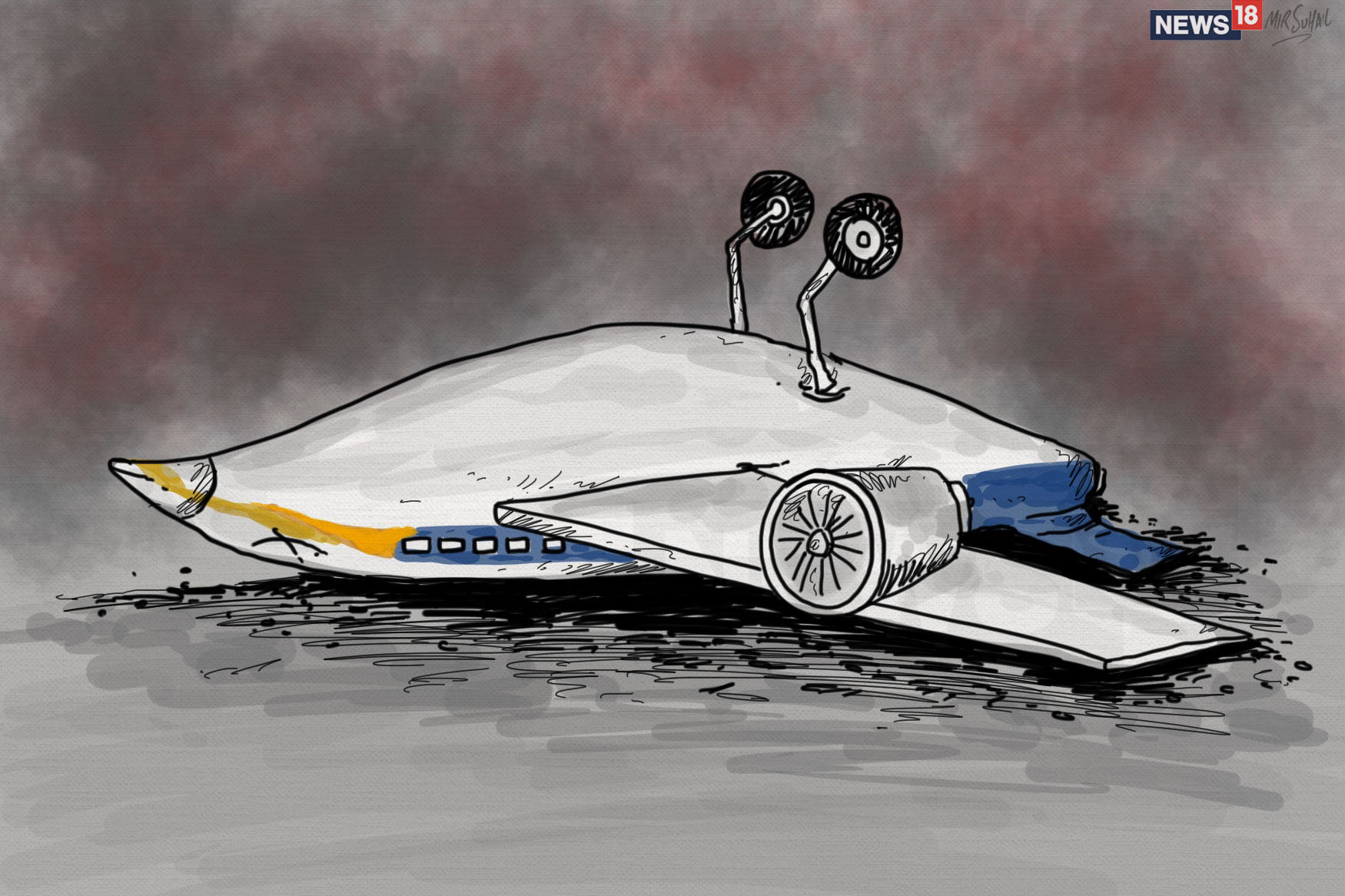 Shares of Jet Airways continued to fall for the second day in a row, plummeting over 32% on Thursday, a day after the ailing airline shuttered its operations temporarily. Read more.