‘No Money for Even Groceries’: How Coronavirus Lockdown Put Brakes on Jobs of Women Cab Drivers

Lakshmi, a cab driver, says that after the recent easing of restrictions she took her taxi out again. But she's spending more, to keep her taxi running, than she's earning.

But over the past two months of lockdown the lives of many cab drivers, including women who had recently taken up such jobs to support their families, have come to an absolute standstill.

About three years ago in Delhi, the space for women drivers among app-based cab aggregators opened up in a big way, after some of these aggregators offered special incentives to women drivers. Many stories appeared of transformation this had brought in the lives of several women, making them 'aatma nirbhar' or independent.

But over the past two months of lockdown, the lives of many cab drivers, including women who had recently taken up such jobs to support their families, have come to an absolute standstill. Even after the Centre announced Unlock 1.0, cab drivers say they are finding it difficult to get back on their feet.

"For the past two years the experience was really good. But since the lockdown we're finding it very difficult to manage our basic expenses. The house rent is piling up and we have no way to clear it," says Monika who lives in Mukundpur. Monika was stuck during the lockdown at the house of her elderly parents, who make ends meet by working as labourers. She says she won't go to her husband's place till she pays off her parents' house rent and clears all pending dues.

"I am the only child. Since my parents are old, it fell upon me to earn and run the household. That's what I've been doing for the past two years. But lockdown has put brakes on our lives. We don't have money to buy even groceries," Monika said.

Lakshmi, who lives in Jahangirpur, says that after the recent easing of restrictions she took her taxi out again. But she's spending more, to keep her taxi running, than she's earning.

"My father and elder brother used to earn money working in wholesale vegetable markets, my sister as marketing agent, and I as a taxi driver. But all income to the house stopped during lockdown. After government announced that cabs could run again I took my taxi out but there's hardly any customer right now. I'm losing money on CNG refills," Lakshmi says.

Soni Begum and her husband both worked as driver. Soni took to driving taxis, around seven months back, and her husband earned as an auto driver. After two months, both have returned to driving but they say people seem to be apprehensive about sharing the enclosed spaces of autos and cabs, and so are keeping away. "Initially the cab aggregators used to give us incentives. But all that has dried up. Salaries in taxi driving were reducing constantly but lockdown put an absolute full-stop to all our earnings," she said.

Some cab drivers described how lockdown has affected their sense of pride, that driving had given them. 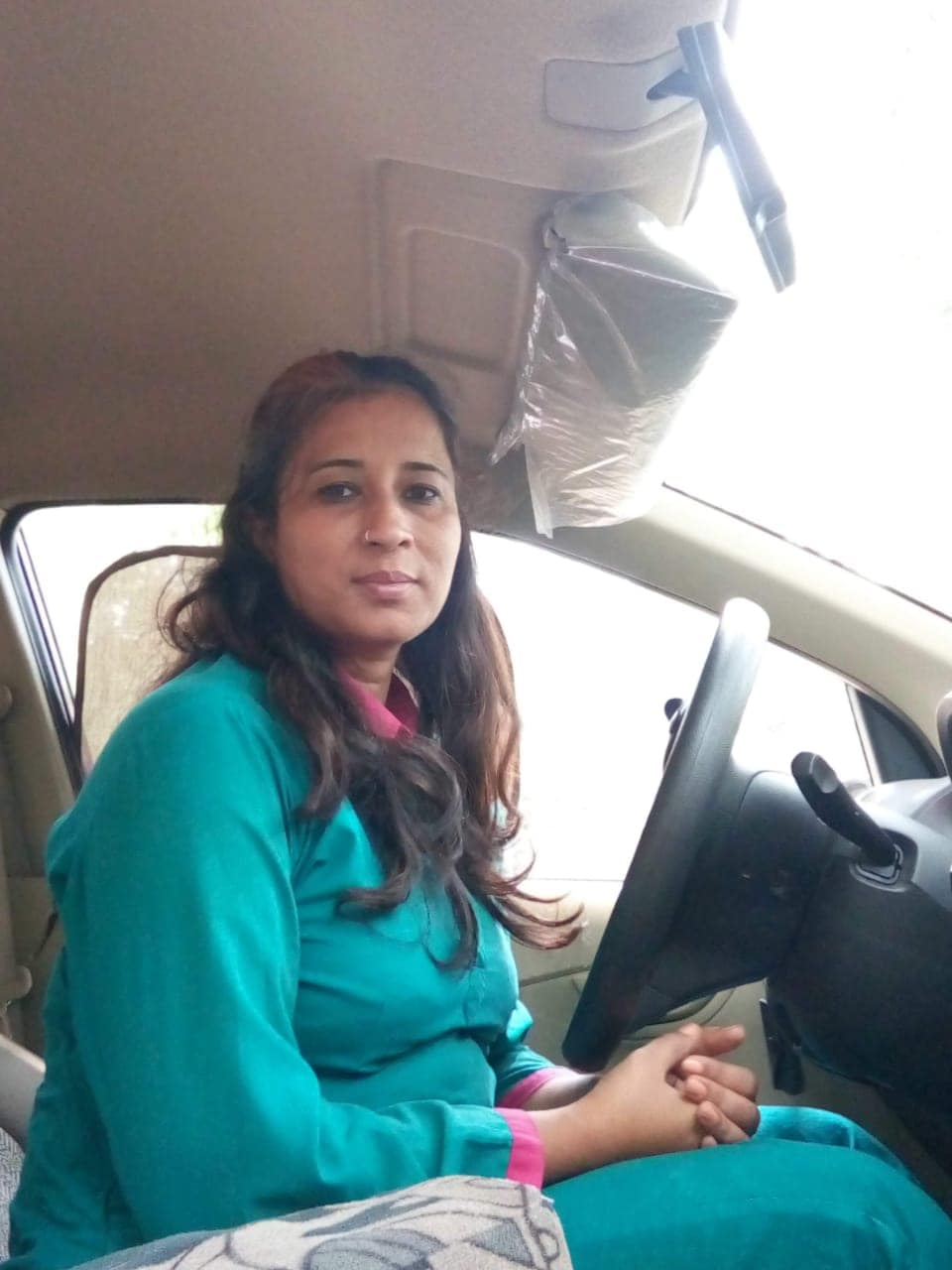 Chitra Sharma, a cab driver and the head of women's wing of Expert Driver Solution.

"Lockdown has affected the mindset of a lot of women who had become independent and confident about themselves. Standing in queues outside schools to collect food...experiences like these were crushing. Women have had to brave a lot of odds — from dealing with threatening, drunk male customers, to fighting social stigmas — to reach where they are today. And today, they find themselves all alone," said Chitra Sharma. She is a driver herself and is the head of women's wing of Expert Driving Solution, a Delhi-based NGO which is part of Indian Federation of App-based Transport Workers (IFAT)

Sumit Bhardwaj, who runs this NGO, expresses disappointment at the society not appreciating the role drivers have played in operating ambulances and shuttling patients and doctors to and fro hospitals. "Safai Karamchaaris, policemen, doctors got their due but we didn't. A lot of cab drivers during the ongoing spell of Covid-19 put their lives on line and converted their cabs into mini ambulances but forget any help to us, not even a word of appreciation has come from anywhere," Bhardwaj said.