RIL said it does not purchase food grains directly from farmers, and its suppliers buy from farmers only at the Minimum Support Price (MSP) level.

Dispelling the rumours that Reliance Industries Limited is placed to benefit from the three farm reform laws passed by the central government, the conglomerate on Monday said it has no plans of entering the contract or the corporate farming business, and it has never bought agricultural land for corporate farming or contract farming and had no plans to do so in the future as well.

“Reliance and its affiliates fully share and support the aspiration of Indian farmers to get a fair and profitable price on a predictable basis for what they produce with exemplary hard work, innovation and dedication. Indeed we shall insist on our suppliers to strictly abide by the Minimum Support Price (MSP) mechanism, and/or any other mechanism for remunerative price for farm produce, as may be determined and implemented by the government,” the company said. 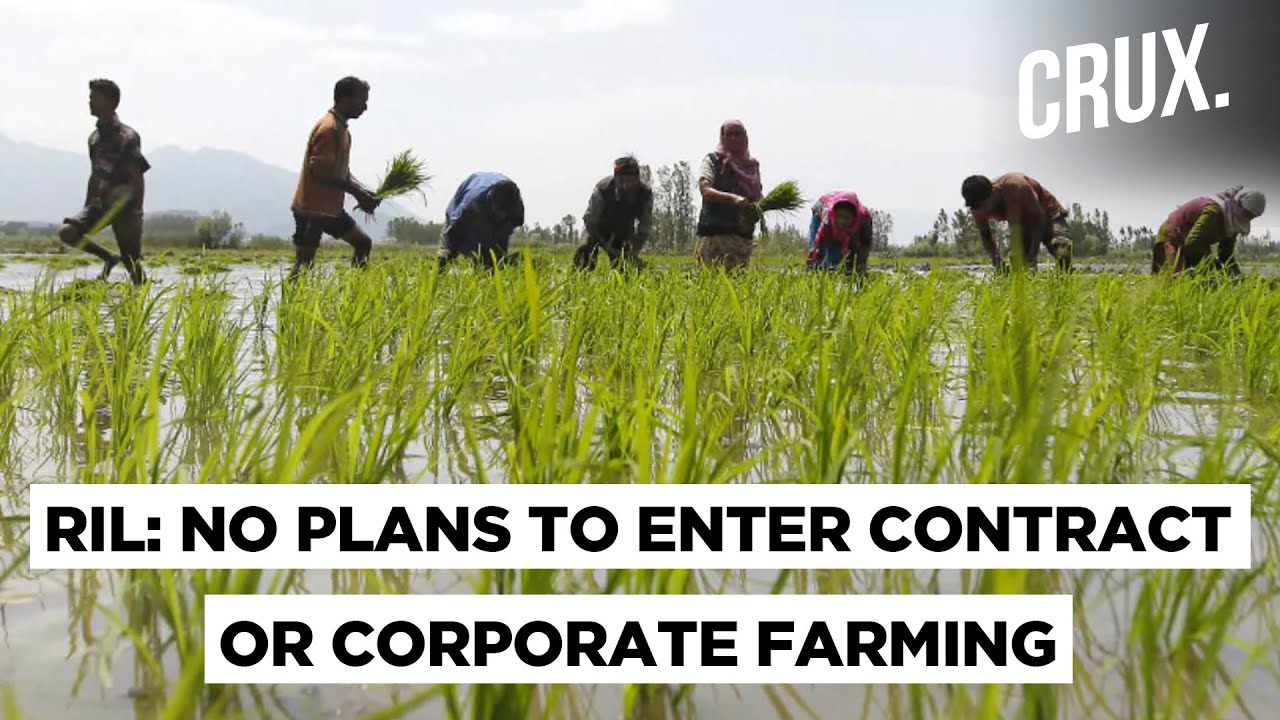 The Mukesh Ambani-led company categorically stated its position that neither Reliance nor any of its subsidies, had purchased any agricultural land, directly or indirectly, anywhere in India, for the purpose of “corporate” or “contract” farming. “We have absolutely no plans to do so,” it added.

RIL further said it had filed a writ petition in Punjab and Haryana High Court against vandalism of its communication towers, and said some vested interests and business rivals were behind the vandalism. RIL urged the High Court to issue a suitable order to help protect its employees and property from vandalism.

As many as 1,500 mobile towers and telecom gear owned by RIL’s Jio have been damaged in Punjab in recent weeks, allegedly by farmers protesting against the new agricultural legislations. In November, some groups of farmers had shut down Reliance Fresh stores in parts of Punjab. This came amid resentment among some farmers that the new laws will pave the way for corporate exploitation.

Thousands of farmers, especially from Punjab and Haryana, have been staging a sit-in protest along Delhi's borders. The protest started on November 26. The farmers are demanding a complete rollback of the new farm reform laws and a guarantee on the MSP system being retained.

Multiple rounds of talks between the Centre and the farmers’ union leaders have ended in a stalemate. Protesting farmers fear that the new agricultural reform laws will dismantle the MSP system and corporatise farming. However, the Centre has maintained that these reforms will benefit farmers.