The Nobel Prize in Economics, formally known as the Sveriges Riksbank Prize in Economic Sciences in Memory of Alfred Nobel, has been awarded to Richard H Thaler for his contribution to behavioral economics. Thaler is an American economist and the Ralph and Dorothy Keller Distinguished Service Professor of Behavioral Science and Economics at the University of Chicago Booth School of Business.

Richard is an American economist and the Ralph and Dorothy Keller Distinguished Service Professor of Behavioral Science and Economics at the University of Chicago Booth School of Business.

The 2017 Prize in Economic Sciences is awarded to Richard H. Thaler:

The 2017 Nobel Prize for Economics has been awarded to Richard H. Thaler from the University of Chicago for his contributions to behavioural economics.

Earlier, The Norwegian Nobel Committee decided to award the Nobel Peace Prize for 2017 to the International Campaign to Abolish Nuclear Weapons (ICAN) "for its work to draw attention to the catastrophic humanitarian consequences of any use of nuclear weapons and for its ground-breaking efforts to achieve a treaty-based prohibition of such weapons".

Each Nobel prize consists of a gold medal, a diploma and a cheque for nine million kronor ($1.1 million, 943,000 euros).

Economics is perhaps the Nobel discipline where a laureate's profile is easiest to guess: a man over the age of 55, who is an American citizen. In the past 20 years, 75 percent of economics laureates have met that description. The average age of all economics laureates at the time of their win is 67 — the highest among all six Nobel prizes. US economist Leonid Hurwicz, who won in 2007 at age 90, is the oldest person to have won a Nobel to date.

Swedish newspaper of reference Dagens Nyheter on Sunday predicted this year's prize could go to American Paul Romer — a 61-year-old researcher from the University of Chicago, an activist and entrepreneur who is currently the World Bank's chief economist — for his pioneering work on endogenous growth theory. This relatively new area of research tries to incorporate the way that people innovate and develop technologies into models of economic growth. He could in such a case share the prize with fellow American Robert Barro and Philippe Aghion of France.

CLICK TO READ | Nobel Economics Prize to be Announced Today, Raghuram Rajan in the Running 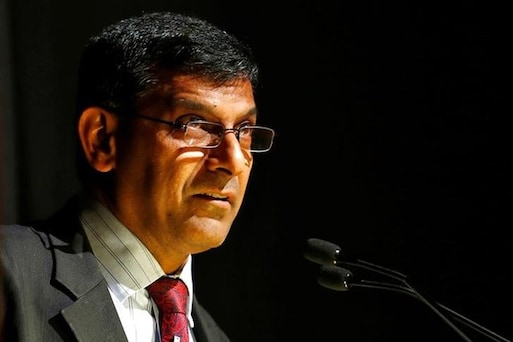 Raghuram Rajan is considered a candidate for his "contributions illuminating the dimensions of decisions in corporate finance".

Economist Avner Offer, co-author of the 2016 book "The Nobel Factor" written with Gabriel Soderberg, said he could see the prize going to France's Esther Duflo, a 44-year-old professor at the Massachusetts Institute of Technology and an expert on development policy — a field honoured with a Nobel only twice in 48 years. "She is a pioneer of the randomised controlled trials (RCTs) method which has been a major trend in economics in the last 20 years," Offer told AFP. A technique inspired by RCTs in medicine to test the effectiveness of drugs, the method uses two groups (a randomly chosen group and a control group) in an experiment setting to measure the impact of poverty, health, and education programmes. If she were to win the Nobel, Duflo would be only the second woman awarded the economics prize, after Elinor Ostrom of the US in 2009.

According to Clarivate Analytics, a company that does academic and scientific research and maintains a list of dozens of possible Nobel Prize winners based on research citations, the list of possible Nobel Prize winners based on research citations include Colin Camerer of the California Institute of Technology and George Loewenstein of Carnegie Mellon University (for pioneering research in behavioural economics and in neuroeconomics); Robert Hall of Stanford University (for his analysis of worker productivity and studies of recessions and unemployment); and Michael Jensen of Harvard, Stewart Myers of MIT and Raghuram Rajan of the University of Chicago (for their contributions illuminating the dimensions of decisions in corporate finance).

Formally known as the Sveriges Riksbank Prize in Economic Sciences in Memory of Alfred Nobel, the Nobel Peace Prize will be announced in Stockholm at 3:15 pm IST. Raghuram Rajan, whose three-year term as Reserve Bank Governor ended on September 4, 2016, is considered a candidate for his "contributions illuminating the dimensions of decisions in corporate finance".

Raghuram Rajan is among six economists on the list of probable winners compiled by Clarivate Analytics, a company that does academic and scientific research and maintains a list of dozens of possible Nobel Prize winners based on research citations. The entry to the list does not guarantee that Rajan is a front-runner but he is a probable who stands a chance to win.

The Nobel Committee will announce this year’s awardee in the field of Economics on Monday, and among the probables is former RBI governor Raghuram Rajan, who had predicted the 2008 global financial crisis three years before the markets melted.