'Nomadic' Entrepreneur Makes Cozy Home for Startups in the Hills

Ghoomakad is on the lines of high end co-working spaces - place to sit, food, Wi-Fi and like-minded, different companions to stimulate - the heady mix that powers startups of next generation entrepreneurs

When a wanderer decides to settle down, it is like rebooting to a completely new driver installation.

Mohinder Kumar quite literally did that, and in the process managed to preserve so much of what defined him and his forefathers.

The nomads from Bhatt-Gaddi shepherd family climbed up the Dhauladhar ranges of the Himalayas in the Kangra region every year with their herds for cooler climes and greener pastures, only to make seasonal migration down to the lower reaches of Dharamsala in the winters.

Embracing a digital future, the 43-year-old now runs Ghoomakad, a co-working space at Rakkar village nestled in rain-drenched lush greenery on the outskirts of bustling Dharamsala.

The co-working idea was born following discovery of Mohinder's space by a duo — Ayush Ghai, a technology enthusiast and Jobin, a writer. They initially hired out the space, worked with Mohinder to set up Ghoomakad and later handed it back to him to operate while they travel the world pursuing their passions. "I have other technology initiatives running in Dharamsala but continue to stay closely connected with Ghoomakad," says Ghai. 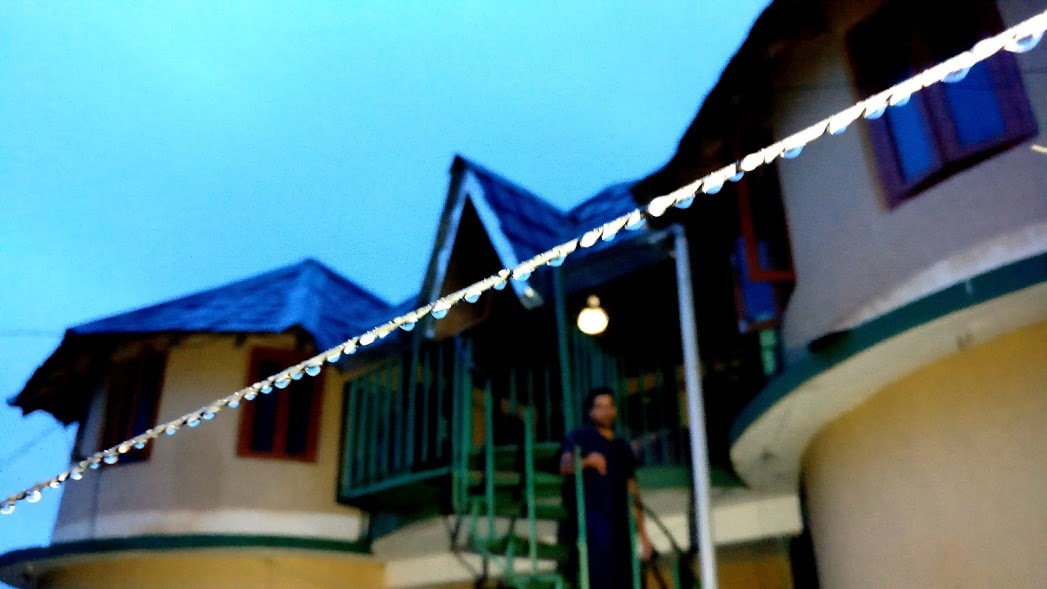 Ghoomakad, a co-working space at Rakkar village nestled in rain-drenched lush greenery on the outskirts of Dharamsala

Ghoomakad has been set up on the lines of high-end co-working spaces in the metros and makes available the standard services — a place to sit, food to eat, Wi-Fi to connect and like-minded, or maybe different companions, to stimulate. Basically, it offers the heady mix that powers the startup dreams of the next generation of entrepreneurs.

Pankaj, a programmer from Mandi, loves to do stunts on a unicycle. He has been visiting Ghoomakad for four years now. He likes the idea of meeting people with different backgrounds that adds to his education and professional acumen. “I like it here,” he says simply.

When Mohinder decided that a co-working space had to be built, and that too in the verdant environs of the Kangra valley that competes with Cherrapunji for the heaviest rainfall in India, it had to be different. It would be a temporary home to techies, free-spirited coders and web builders. Ghoomakad breaks many conventions and creates some of its own

And this is what we got. A complex of mud walls with raw concrete floors and ply-board ceilings. It is a zero-waste structure to reduce carbon footprint with waste recycling and solar energy. Beer is chilled in the cold waters of a rushing stream just behind the living areas.

In peak season, they peg tents on a green field that flanks the living quarters. Tents have Wi-Fi and are solar powered. A young American from Oregon backpacking through India stays in one such accommodation along with her friend. “It is close to nature and we love it,” says Kya and laughs that her name is the Hindi word for ‘what’.

For many, the tents, the misty mountains, the sounds of insects in forests surrounding Ghoomakad work a certain kind of magic. “Earlier I was in Bengaluru, a crowded big city. This place has a different kind of magic. Internet availability is also very good here. I am not missing Bengaluru,” says Kumar Dheeraj, a web developer from Bangalore.

But does he get the kind of work here that he would in a tech hub like Bangalore or Pune? Probably not, he concedes.

Otherwise, Ghoomakad breaks many conventions and creates some of its own. Knowledge sharing is an essential part of the culture here. A programmer tired of coding is encouraged to try a recipe in the kitchen; a web-builder sore with hours of sitting can try her hand at farming; a coder can pick a guitar and a strum a tune before dinner is served. 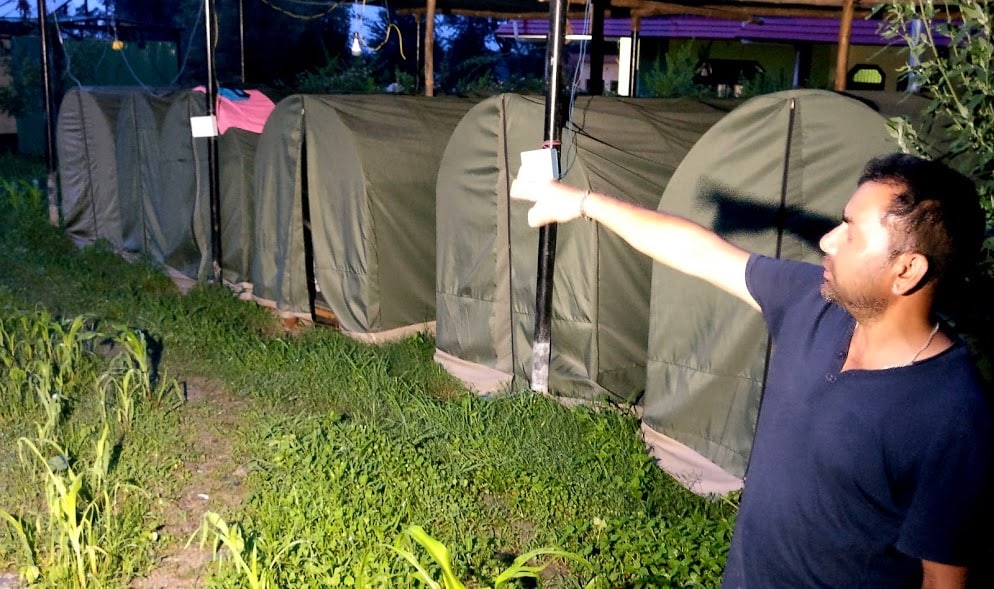 Tents have Wi-Fi and are solar powered

“The emphasis is on alternative lifestyles and holistic living. There is also a very diverse mix of people here, and coupled with the lush greenery here along with home cooked meals, your productivity enhances. I think it is definitely worth it,” says Vittalacharya who was earlier a talent acquisition and technical writing professional in Hyderabad and has now decided to partner with Mohinder to take Ghoomakad a step forward.

Ghoomakad is one among many grassroots initiatives bringing technology and a new way of thinking into traditional communities, aiming at looking ahead but not losing sight of what has been left behind.

Jyoti Kamal has now seen the constant swing of human enterprise and the shifting mosaic of human behavior as a journalist for over 11 years. From prin...Read More